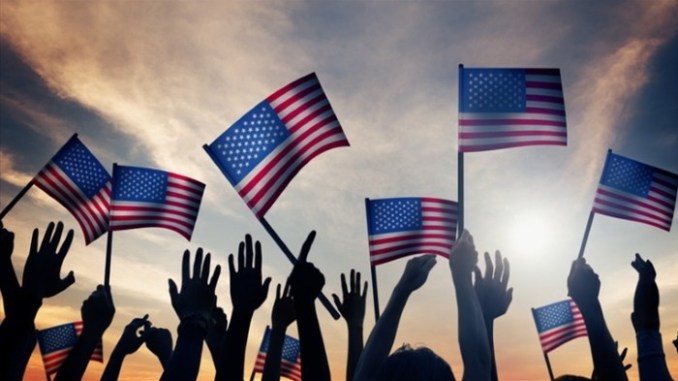 Following the horrific El Paso and Dayton shootings, I boycotted media. As expected, Democrats and fake news media were despicably giddy, thrilled for another opportunity to push for disarming law-abiding gun owners and falsely demonizing Trump and his supporters. I boycotted media because was I could not stomach wimpy Republicans and #NeverTrumpers running to microphones to surrender to anti-American leftists’ spin of the facts. I thought, “I am not going to allow cowards supposedly on our side to raise my blood pressure.”

A case in point is John Kasich, who raced to the CNN microphones to further the insidious lie that Trump is responsible for the shootings. What is wrong with Kasich, and why does he call himself a Republican?

Some on our side do not comprehend that Democrats and fake news media are not interested in truth and fairness. Attempting to play nice with these anti-American progressives is insane. Progressives are like unruly children. They must be firmly told no and sent to their rooms. Progressives must be defeated.

Allowing progressives to dominate public education, social media, the fake news media, and entertainment media has gotten us into this mess. Christian churches abandoned God’s command to be salt by foolishly staying out of politics. Consequently, we are one election away from transformation into a socialist country in which debauchery is government-mandated.

The Democratic Party has become a cesspool of pure evil and anti-Americanism. Their demonic behavior is expected. It is upsetting when people on our side surrender to the Democrats’ false premises rather than staying on offense and strongly pushing back with the truth.

Thank God for Donald J. Trump. In the face of the progressives and Washington D.C. elites demanding that he back off, Trump nailed Democrat Elijah Cummings by exposing his terrible district in Baltimore.

Progressives immediately tried to silence Trump by calling him a racist. Silly “wabbits.” The facts are on Trump’s side, confirming he is not a racist. Trump’s history is filled with hiring and launching the careers of blacks. Upon opening Mar-a-Lago, his club in Palm Springs,Trump insisted that Blacks and Jews be accepted while other clubs sought to keep blacks and Jews out. Allow me to remind you that black unemployment has plunged to historic lowsthanks to President Trump. Trump also implemented prison reform, which greatly benefits blacks.

Where are the old-school Americans with backbone willing to boldly tell progressives, “No”? My late mom was such an American.

For crying out loud, progressive schools are aggressively pushing to legally help kids change their sex without parental consent. How in the name of all things righteous have we declined to such insanity becoming reality?

My late mom was a five-foot, stout, and dark-complexioned black woman who was raised in the extremely tough ghetto of Baltimore. If the LGBTQ curriculum was taught when I was in elementary school, my righteously enraged mom would have marched down to my school. She would storm into the principal’s office and ask, “Are you n*****s crazy? How dare you take it upon yourselves to teach my nine-months such sinful garbage!”

Today, we walk on eggshells, afraid to anger or offend progressive bullies while they cram their Godless agenda down our throats. Frankly, I am sick of it.

Democrats and fake news media are using their absurd lie that Trump and his supporters are white supremacists as the centerpiece of their campaign to win the White House in 2020. We have no idea how many deceived voters will believe these anti-American progressives’ outrageous lie.

The solution is that we boldly push back, push back, and push back with righteousness, truth, and action. Each of us must do whatever we can to inform voters and ensure Trump’s reelection. Use whatever gifts, talents, and resources God has given you to fight evil and save our country.

September 7th in Maryland, singers from across America will gather to record my new Trump Train 2020 song. Interested singers may contact me at:[email protected]

“All that is needed for evil to prosper is for good men to do nothing.” Edmund Burke

As we go forth in battle against progressives’ violence and evil, may you be strengthened by this scripture: “Be not afraid of their faces: for I am with thee to deliver thee, saith the Lord.” Jeremiah 1:8