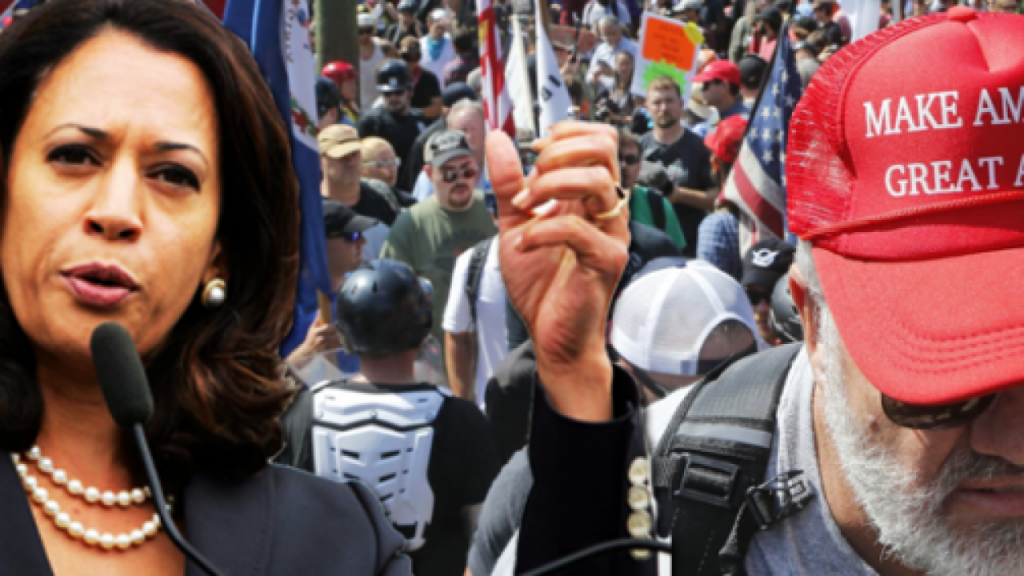 Progressive presidential candidate Kamala Harris has suggested that if elected President of the United States she would propose and support “red flag law” legislation that would create “domestic terrorism prevention orders”; allowing law enforcement to temporarily restrict a person’s access to legally owned weapons should they feel the person is a danger. Aside from the obvious Second Amendment issue, there is another disturbing thing happening here.

According to USA Today, Harris proposes to create:

“…‘domestic terrorism prevention orders’ that would give law enforcement and family members of suspected white nationalists or domestic terrorists the ability to petition a federal court to temporarily restrict a person’s access to guns if the person exhibits clear evidence of being a danger.” (Emphasis mine)

As an aside, the “red-flag law” proposals – as well as those in existence – targeting legal gun ownership are tantamount to redundant where mental capacity is concerned. Many states have enacted legislation that mirrors Florida’s Mental Health Act, or Baker Act, allowing for the involuntary institutionalization and examination of an individual by judges, law enforcement officials, physicians, and/or mental health professionals. The person must satisfy two requirements: 1) be suspected of having a mental illness; 2) present as a danger of becoming a harm to self, harm to others, or is self-neglectful.

Florida’s Baker Act, and similar laws in other states, already provides the mechanism for authorities to intervene when an individual is a threat to themselves or society. These newly proposed and enacted “red-flag laws” are nothing more than emotionally-charged attempts to manipulate the public into believing that typically do-nothing politicians are “getting it done.”

That said, the more devious act put into motion by Ms. Harris is this: the ideologically motivated and purposefully inappropriate use of the descriptor “white nationalist.”

The Left and we see a perfect example of it here, is attempting to obfuscate the meaning of “nationalist” with “supremacist”.

A “nationalist” practices and/or believes in “nationalism”, which is defined as:

“…an ideology and movement characterized by the promotion of the interests of a particular nation, especially with the aim of gaining and maintaining the nation’s sovereignty over its homeland.”

A “supremacist” is defined as:

“…a person who promotes or advocates the supremacy of any particular group.”

And by using the racist descriptor “white” in conjunction with “nationalist” the Left is attempting to marry the word “nationalist” with a negative connotation, i.e. skinheads, Nazis, anarchists, etc.

So, if you are white and you are proud to be American and believe in American sovereignty, by Ms. Harris’s definition – whether you are a man, woman, or child, you are a “white nationalist” (read: white supremacist).

And Ms. Harris is – by literal definition – stating (and this is the narrative being floated by each and every Democrat and Democrat presidential candidate who agrees with her) that since you are a “white nationalist” you should be denied your Second Amendment rights and subject to psychological evaluation; you are “a danger” to society.

Today’s Progressive-Fascist Left is attempting to redefine the public’s idea of “nationalism” for two reasons: 1) President Trump called himself a nationalist and they want to use that soundbite in the upcoming election; and 2) they truly, in their heart of hearts, believe that the United States is the cause of the majority of the wrongs in the world.

It’s hard to imagine Ronald Reagan, the man who brought down the Wall and the USSR; the man who literally liberated those who were oppressed under Soviet rule, as a neo-Nazi skinhead, but because he identified as an America First kinda guy, well, he is a “white nationalist”, don’t you know…