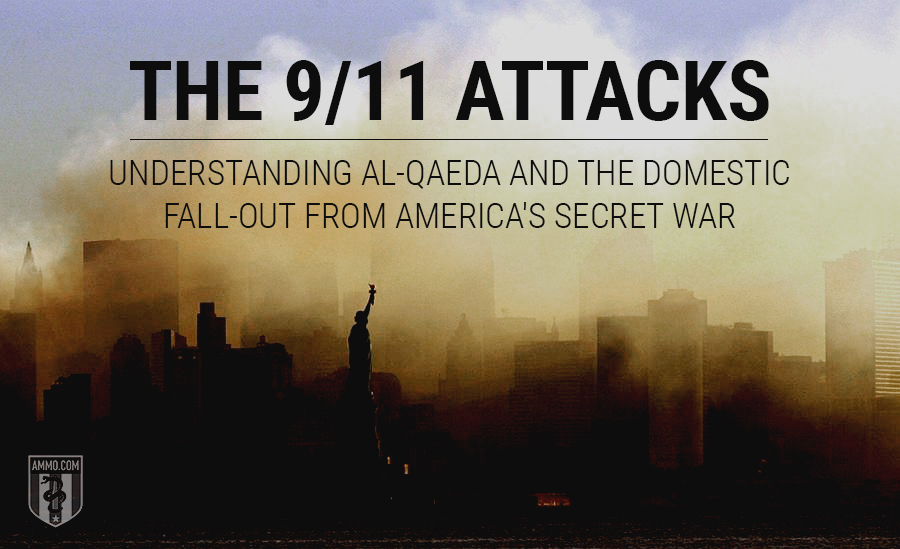 With American military personnel now entering service who were not even alive on 9/11, this seems an appropriate time to reexamine the events of September 11, 2001 – the opaque motives for the attacks, the equally opaque motives for the counter-offensive by the United States and its allies known as the Global War on Terror, and the domestic fall-out for Americans concerned about the erosion of their civil liberties on the homefront.

Before venturing further, it’s worth noting that our appraisal is not among the most common explanations. Osama bin Laden, his lieutenants at Al-Qaeda, and the men who carried out the attack against the World Trade Centers and the Pentagon are not “crazy,” unhinged psychopaths launching an attack against the United States without what they consider to be a good reason.

Nor do we consider then-President George W. Bush to be either a simpleton, a willing conspirator, an oil profiteer, or a Machiavellian puppet whose cabinet were all too happy to take advantage of a crisis.

The American press tends to portray its leaders as fools and knaves, and America’s enemies as psychopathic. Keeping the narrative simple – “Black and white,” “good versus evil,” “right and wrong,” etc. – is intellectually easy, even with something as complex as the 9/11 attacks.

Instead, it is our considered opinion that the events of 9/11 and those that followed in direct response to the attacks – including the invasion of Iraq – were carried out by good faith rational actors who believed they were acting in the best interests of their religion or their nation.

This does not in any way absolve the principals from moral responsibility for the consequences of their actions. It does, however, provide what we believe to be a more accurate and nuanced depiction of events than is generally forthcoming from any sector of the media – because we see these principals as excellent chess players who, in the broad sweep of events, engaged in actions which are explicable.

END_OF_DOCUMENT_TOKEN_TO_BE_REPLACED 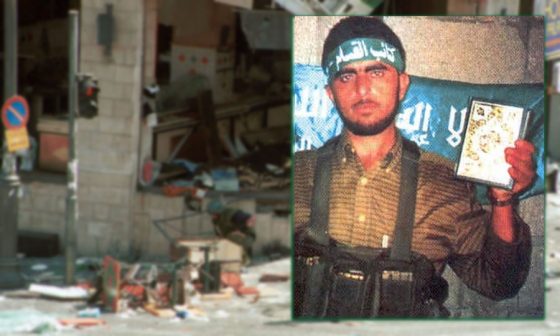 Mohammed incited his warriors to kill with the promise of the spoils of war; Mahmoud Abbas carries on the tradition with his pay-to-slay contract.

It was a lovely, warm August afternoon in Jerusalem, 2001, a time when people strolled about, greeted neighbors, enjoyed a beverage or ice cream at an outdoor café, or lunch in the numerous restaurants.  It was a day when an Arab man, carrying a guitar case, entered the crowded Sbarro’s pizzeria, an eatery specifically selected for the large number of Jewish children it attracted.  He bought a slice of pizza and sat down among the Jews at one of the tables, contrary to the constant myth that Israel is apartheid.  Upon finishing his snack, he opened the case and ignited the “nail bomb” that the female terrorist and mastermind, Ahlam Tamimi, had smuggled into Israel.  The suicide terrorist, Izz Al-Din Shuheil Al-Masri, blew himself up along with 15 other people, including seven children (two Americans), and wounding about 130, some hideously, and one who remains in a coma.

Although Tamimi, the architect of the Sbarro massacre, had been apprehended, tried, convicted, and condemned to 16 life sentences in an Israeli court of law, she was released in an Israeli prisoner exchange.  Gilad Shalit, a soldier in the Israel Defense Forces (IDF), who had been kidnapped by Hamas militants in a cross-border raid via underground tunnels near the Israeli border, had been held captive for more than five years as a bargaining chip.  The Israelis were finally able to secure his release on October 18, 2011, but only as part of a complete prisoner exchange in accordance with the PA 2004 Law of Prisoners and Released Prisoners, by turning over 1,027 Palestinians, including Ahlam Tamimi, who were collectively responsible for killing 569 Israeli citizens.

The terrorist’s mother was subsequently honored by Mahmoud Abbas with $910,823 (3.2 million shekels) for her glorious sacrifice – except that the sacrifice is suddenly no longer sacrificial, but a means to an end, the commercial enterprise required for fame and fortune in the Arab world.

END_OF_DOCUMENT_TOKEN_TO_BE_REPLACED

It is a solemn day for sure. It is a day where memories begin to fade and for some, there are no memories at all. The ‘Never Again’ must be taught and understood by those that were not yet born at the time or are too young to comprehend the details.

But, America, don’t be sad. Each year that passes from that day that struck the hearts and souls of America, we have come to learn more and America DID prove how resolute and resilient we actually are as citizens. Those attributes are to be celebrated. Sure, we have given up too many freedoms to prevent another such attack. Our way of life did change forever that day, yet for the victims of 9/11 and those so near to all that occurred that day and for all the days that followed, many of their lives changed in often unspeakable ways. 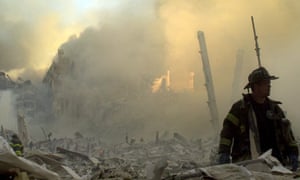 This is a time to review what has passed to ensure it is not dismissed as a distant chapter in American history.

On September 11, 2001–a clear, sunny, late summer day–al Qaeda terrorists aboard three hijacked passenger planes carried out coordinated suicide attacks against the World Trade Center in New York City and the Pentagon in Washington, D.C., killing everyone on board the planes and nearly 3,000 people on the ground. A fourth plane crashed into a field near Shanksville, Pennsylvania, killing all on board, after passengers and crew attempted to wrest control from the hijackers.