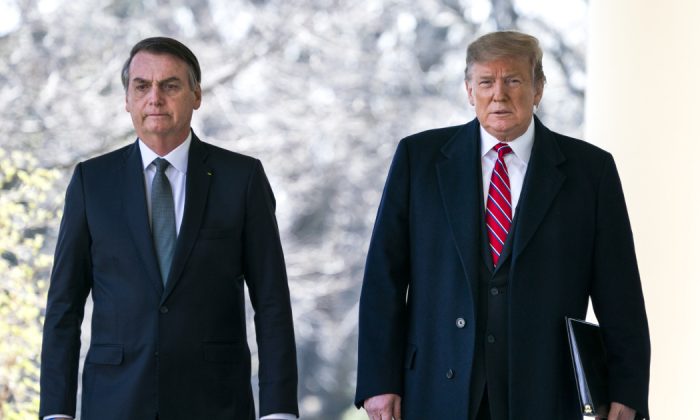 U.S. President Donald Trump (R) and Brazilian President Jair Bolsonaro (L) walk down the Colonnade before a press conference at the Rose Garden of the White House in Washington, DC on March 19, 2019.

The Democratic Socialists of America (DSA) is working closely with Brazilian Trotskyists from the Party of Socialism and Liberty (PSOL) to coordinate attacks against U.S. President Donald Trump and Brazilian President Jair Bolsonaro.

The U.S.–Brazil revolutionary alliance is conducted through revolutionaries in both countries aligned to an international Trotskyist revolutionary coordinating body—the Brussels-based United Secretariat for the Fourth International.

One of the key point men in the alliance is Pedro Fuentes, an Argentine-born revolutionary now living in the United States. Fuentes, along with São Paulo-based “militant and leader of the Socialist Left Movement” Bruno Magalhães (also known as Bruno Silviano), represented PSOL at the August DSA convention in Atlanta. During his speech, Magalhães declared, “We in Brazil are really, really excited with the Democratic Socialist movement here in the U.S.”

Also associated with PSOL are journalist Glenn Greenwald’s partner David Miranda, who is a federal congressman for Rio de Janeiro, and former PSOL member Adélio Bispo de Oliveira, who stabbed Bolsonaro in the stomach during a 2018 rally, almost killing him.

END_OF_DOCUMENT_TOKEN_TO_BE_REPLACED 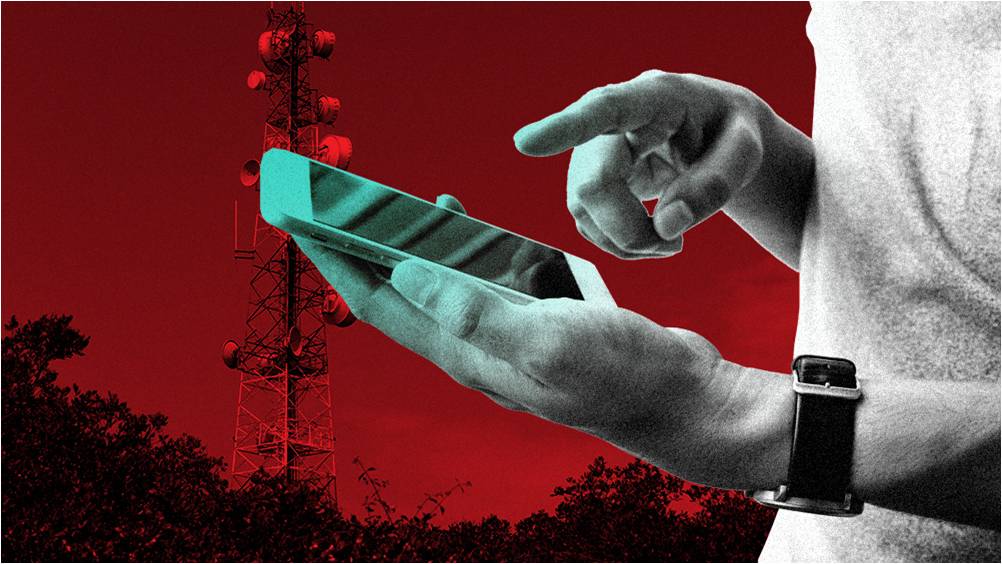 With the health dangers of 5G towers looming in the background, it makes you wonder where the hell are the climate alarmists? But then again, the 5G threat is real and not on the communist agenda.

Watching this year’s 9/11 remembrances on TV, it was heartwarming to hear commentators repeatedly use “we” and “our” when referring to Americans and America. Commentators said that on September 11, 2001, “our” country was viciously attacked by Islamist terrorists. They said, “we” came together as a nation. A WWII vet said the unity of our nation on 9/11 felt the same to him as it did during WWII.

Rather than unifying Americans, each 2020 Democrat presidential candidate is campaigning on dividing us into bogus victimized voting blocs. They seek to convince every American that they are a victim in one way or another; a victim of racism, sexism, white privilege, environmental racism, income inequality, and so on. The tag team of Democrats and fake news media are promoting the insane lie that the earth will be uninhabitable in 12 years unless we elect a Democrat president.

Democrats believe it is immoral to refer to America as “our” country. We have allowed old hippies to teach our children the lie that America ravaged the world for our prosperity. Therefore, it is only fair that we abandon borders, sharing our ill-gotten wealth with the world. Democrats also believe allowing needy unskilled people to freely invade our country will increase Democrat voter registration.

My wife Mary and I moved to a tiny town in West Virginia, population 500, which we have affectionately nicknamed, “Trump Country USA”. 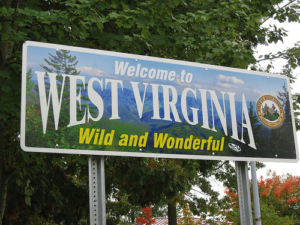 In honor of 9/11, Main Street in our town was decorated with American flags. The marquee of the small public library read, “Never Forget 9/11”. Students were encouraged to come to school attired in red, white, blue, and American flags. Students were taught history lessons about patriotism. This is the polar opposite of California schools banning American flag attire on Mexican holidays because it is offensive to illegal alien students. Democrats and fake news media say displays of patriotism are insensitive, racist, and hateful. Shockingly, the U.S. flag was not seen on stage during the televised ABC Democrat presidential debate. Democrat-controlled schools divide Americans by teaching black students to resent white students, absurdly claiming that whites are “born racist.” Students are taught to hate their country.

In their ongoing evil mission to demonize America and divide Americans, Democrats and fake news media say the election of President Trump proves that widespread racism is alive and well, particularly in rural America. As I stated, Mary and I live in a tiny town. We are a black/white interracial couple, married over 40 years.

Because our home internet is not working, we took our laptops to the local country store to use their internet. The store was filled with white hunters and country boys. Thirty years ago, I might have felt uncomfortable. Neither Mary nor I felt an ounce of racial tension at our country store.

Clearly, America has come a long way baby, in regard to race relations. Americans elected Obama two times to prove our nation has moved beyond widespread racism. And yet, Democrats and fake news media persist in selling their insidious lie that everyone who voted for Trump and supports his Make America Great Again agenda are white supremacists. Because I am a black outspoken supporter of Trump and his America First agenda, Democrats and fake news media brand me a self-loathing Uncle Tom. See how these evil people seek to divide us, folks?

I wore my “Trump 2020” cap to a local church flea market. I saw a white guy wearing a “Trump 2020” cap. I said, “Sir, you must be a racist white supremacist?” Seeing my cap, he burst into laughter as we spontaneously embraced in a bear hug.

Americans crave to be unified. Before singing my “American Tea Party Anthem” at a tea party rally in 2008, I told the audience, “I am not an African-American!” I am Lloyd Marcus, American!!!” The audience of 6,000 erupted in thunderous applause. After the rally, several audience members thanked me with tears in their eyes.

I thought I had made great headway in convincing my black relatives that Democrats and fake news media are lying about America’s police routinely murdering blacks. I was taken aback when a relative whom I assumed knew better, helped to spread an initiative on Facebook to stop “trigger happy cops” from murdering young black men.

My deceived relative confirms that we must remain diligent in our efforts to educate misinformed Americans.

Folks, I could go on and on with examples of Democrats’ and fake news medias’ evil mission to keep Americans divided, in fear and at war with each other.

Instead, I wish to leave you with an inspiring act of random unifying patriotism. In Denver, a flash mob performed “God Bless America” with brass instruments. Please enjoy.