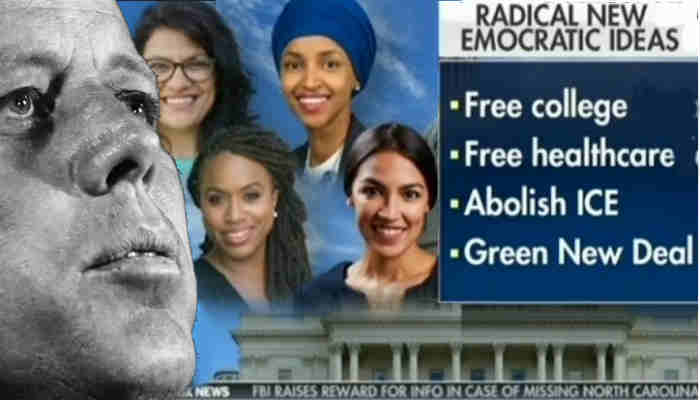 Do you find yourself scratching your head wondering why your intelligent, moral, and Christian relatives and friends continue to support the Democratic party despite its amoral, anti-Christian, and anti-American agenda? A part of the problem is that for decades Republicans and conservatives have brought an olive branch to a gunfight, allowing progressives free rein to demonize Republicans and conservatives in the minds of many Americans. Trump is a rare Republican who understands the viciousness of our enemies within and is fighting back appropriately.

No matter how hard I try to educate relatives and friends about the benefits of conservatism and voting Republican, some persist in viewing me as an Uncle Tom black man betraying his people. Stenciled on their brains is the lie that conservatives and Republicans are selfish, rich, and racist white men who abuse and exploit everyone. Thank God for the #WalkAway Campaign and the Blexit movement in which youths, white and black, have finally seen the light and are exiting the Democratic party with its decades of lies and broken promises. 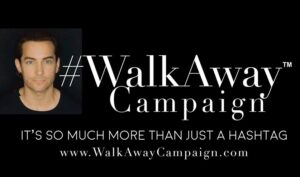 Still, there are Democratic walking brain-dead zombies who reject the truth that their party has been hijacked by hate-filled anti-Christian and anti-American progressives. The Bible speaks of unfortunate souls who prefer to embrace a lie rather than the truth. We must pray for them.

However, there are Democratic loyalists who simply do not realize what their “workingman’s” party has become. For example: A lifelong Democratic senior relative is excited about voting for Joe Biden for president.

This relative has no idea that Biden and his fellow Democrat presidential contenders demonically seek to legalize murdering babies after the child is born. In their perverted definition of women rights, Democrats say that a woman has the right to murder her healthy born baby. I pray for the right time to tell my senior relative the truth about Biden and her beloved Democratic Party.

Progressives are extremely good at keeping their assaults on our culture off evening news broadcasts and the front page of the New York Times. Consequently, few Democratic voters know their party supports LGBTQ ideology being taught is schools beginning in pre-k. The LGBTQ curriculum in public schools mandates that students read I Am Jazz, about a boy whose insane parents began his sex change at three years old. The Pope and pediatricians say that teaching transgender ideology is child abuse. Hellbent on making the perverted sexual behavior of less than 3% of the population mainstream, Democrats seek to make it illegal to counsel anyone troubled by their same-sex attraction.

I doubt that the average Joe Democratic voter knows his presidential candidates welcome the invasion of illegals while promising them free healthcare, along with numerous other benefits unavailable to Joe and his fellow American citizens. Do loyal Democratic voters know that Democratic sanctuary cities protect illegals who rape and murder Americans?

San Francisco is a Democrat-controlled sanctuary city. A Democratic relative’s eyes almost popped out of her head as I told her about the poop maps distributed in San Francisco to help tourists avoid the piles of human excrement left by vagrants defecating on the streets. She knew nothing about the swiftly expanding massive tent cities, rat infestation, and resurgence of old diseases due to filth. She had no idea that rather than reversing their policies which are destroying the once beautiful city by the bay, Democrats are tripling down on their insane policies.

As I stated, progressives are masters at hiding their war on all things wholesome and good. I chatted with a Christian pastor at his church’s picnic. He never heard of the Equality Act, which Democrats have already successfully passed in the house.

In response to Scotus redefining marriage, this pastor’s church wrote in its by-laws that they will not perform homosexual weddings, nor rent their facilities for homosexual weddings. I explained to the pastor that the deceptively titled Equality Act will force his church to abandon its biblical convictions, making it illegal not to surrender to every demand of LBGTQ anti-Christian terrorists. A member said that about 40% of that church’s congregation is Democratic. I doubt those Democrats are aware of their party’s war on their religious liberty.

A gentleman probably in his 90s was in front of me in the checkout line at the dollar store. This pleasant gentleman struck up a conversation with me about the weather. He said that the unusual humidity is the result of us not taking care of the environment. He said the Arctic icebergs are melting.

I thought, “Why bother trying to educate him? He is probably an old guy, stuck in his ways.” And yet, I felt guilty for not sharing the truth with the misinformed senior.

As we exited the store, I succinctly told him, “Sir, we cannot control the weather. Everything you are hearing in the news about us destroying the environment is a political attempt for the government to take more control of our lives.” To my surprise, he replied, “I think you’re right.”

This is what we all must do, folks. We must begin speaking up rather than assuming we have lost the battle for the hearts and minds of our fellow Americans. My wife said that because she does not possess expert knowledge of every issue, she is reluctant to speak out when someone parrots Democratic and fake news media lies. I encouraged her to confidently share what she does know about an issue. Remember, God uses ordinary people. Your little becomes much when you place it in the Master’s Hand. Spread the truth and trust God to reap positive results.