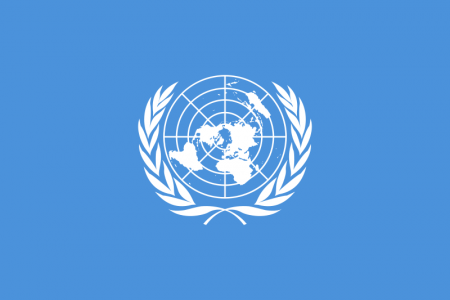 The humanitarian hoaxes are globalist cons designed to redistribute the world’s wealth and the world’s population to establish a new internationalized world order of one-world government under the corrupt auspices of the United Nations. The 2020 American presidential election is a domestic political contest between Americanism and globalism that reflects the worldwide political contest between national sovereignty and globalism.

President Donald J. Trump stunned the world 9.24.19 with his brilliant speech to the 74th United Nations General Assembly. It was a calm, measured, powerful statement of purpose and resolve highlighting the 21st-century conflict between the United States demand for national sovereignty under the Trump administration, and the United Nation’s increasing efforts to globalize the world. President Trump presented his proud, America-first leadership unapologetically and with equal respect for the national sovereignty, cultures, and religions of the nations of the world represented in the general assembly saying:

“In America, the people govern, the people rule, and the people are sovereign. I was elected not to take power, but to give power to the American people where it belongs. In foreign affairs, we are renewing this founding principle of sovereignty. Our government’s first duty is to its people, to our citizens, to serve their needs, to ensure their safety, to preserve their rights, and to defend their values. As president of the United States, I will always put America first. Just like you, as the leaders of your countries, will always and should always put your countries first.”

“The future does not belong to the globalists, the future belongs to the sovereign and independent nations, who protect their citizens, respect their neighbors and honor the differences that make each country special and unique.” So, what do the United Nations efforts to globalize the world have to do with the Zero Population Growth movement (ZPG) and Thomas Malthus?

Zero Population Growth (ZPG) is the condition of demographic balance where the population is stable and neither grows nor declines.

In the late 1960s, ZPG was a powerful political movement in the United States and western Europe. ZPG marketed its message to an unsuspecting public as the altruistic humanitarian method for limiting the growing world population. ZPG was going to save the planet from the catastrophic Malthusian prophesy that population growth would outstrip agricultural production resulting in too many people and not enough food. Sound familiar? It should – it is the basis of the United Nations egregious Agenda 2030, its 17 Sustainability goals, and the Green New Deal. Let’s review.

English theologian and scholar Thomas Robert Malthus wrote his famous prediction in his 1798 book, “An Essay on the Principle of Population.” The Malthusian Theory is based on the assumption that population increases geometrically (2,4,8,16,32,64, etc.), but food supplies increase arithmetically (2,4,6,8,10,12).

The obvious flaws in the assumption are twofold. First, Malthus’s fatalistic prediction never materialized. Second, Malthus lived over two hundred years ago when agricultural practices were limited by 18th-century technology. Malthus simply could not imagine a time of 21st-century science and agricultural technology. So, why is the United Nations resurrecting the dire predictions of an 18th century Malthusian catastrophe with apocalyptic warnings of catastrophic manmade climate change? Let’s find out.

Fear is a powerful force used by the globalist community to effect seismic socio-political change. Young people worldwide are indoctrinated in the globalized educational initiative of the United Nations. They are terrified that the world is coming to an end and that they will surely drown or starve. Many indoctrinated millennials refuse to have children to protect their unborn from such catastrophic certainties. The problem, of course, is that their fears are manmade and designed to dupe them into becoming global citizens in a globalized world where accepting the radical leftist global environmental narrative will protect them and keep them safe.

The zero population growth movement of the late 60s succeeded in reducing the birth rate of Western countries. What is the globalist solution?? Massive uncontrolled immigration being marketed deceitfully as the replacement population that will bring economic stability and growth to the depleted workforce.

What is the reality?

President Trump provided the answer in his extraordinary speech to the 74th United Nations General Assembly:

“We have learned that over the long term, uncontrolled migration is deeply unfair to both the sending and the receiving countries. For the sending countries, it reduces domestic pressure to pursue needed political and economic reform and drains them of the human capital necessary to motivate and implement those reforms. For the receiving countries, the substantial costs of uncontrolled migration are born overwhelmingly by low-income citizens whose concerns are often ignored by both media and government.”

So, the humanitarian hoax of zero population growth, the resurrected Malthusian prophesy, manmade climate change, open borders, uncontrolled immigration, and globalized education are all efforts of the United Nations globalist elite to internationalize the world and impose one-world government.

All function to blur ethnic, cultural, religious, and racial boundaries. The result is sameness – one people, one religion, one flag, one language, one currency, one globalized culture all controlled by the globalist elite under the auspices of the United Nations and one-world government.

President Trump understands that the globalist “new” world order is a return to the old feudal system where the very few enslave the many. President Trump rejects globalism and feudalism entirely and is deeply committed to upholding the United States Constitution that guarantees the self-rule of American citizens, the independence of America, and the sovereignty of the nations of the world.

Globalism is socialism on a massive international scale where the assets of producing countries are confiscated and given to non-producing countries. President Trump is profoundly opposed to such an arrangement and has renegotiated unfair trade deals that penalize the United States and confiscate America’s wealth.

Manmade climate change is based on fraudulent science that was exposed in the staggering 2009 Climategate scandal, yet the United Nations continues to promote its false narrative with the Paris Accord and apocalyptic warnings that the world will end in 12 years. The manmade climate change hysteria is the globalized political effort of the United Nations to unite the world’s population in fear.

The environmental lobby that promoted ZPG has moved on to manmade climate hysteria in its global effort to con the world’s population into accepting globalism as deliverance from the apocalyptic climate predictions. The problem, of course, is that globalism is the 21st-century name for the feudal structure of centralized internationalized one-world government that deprives individual nations of their national sovereignty.

The 2020 presidential election is a pivotal election in our nation’s history. A vote for President Trump is a vote for national sovereignty, freedom, the Constitution, and individual rights. A vote for any of the Democrat candidates is a vote for socialism, globalism, and a return to feudalism.

America-first President Donald J. Trump told the world at the 74th United Nations General Assembly: America will never be a socialist nation – NOT ON MY WATCH!!