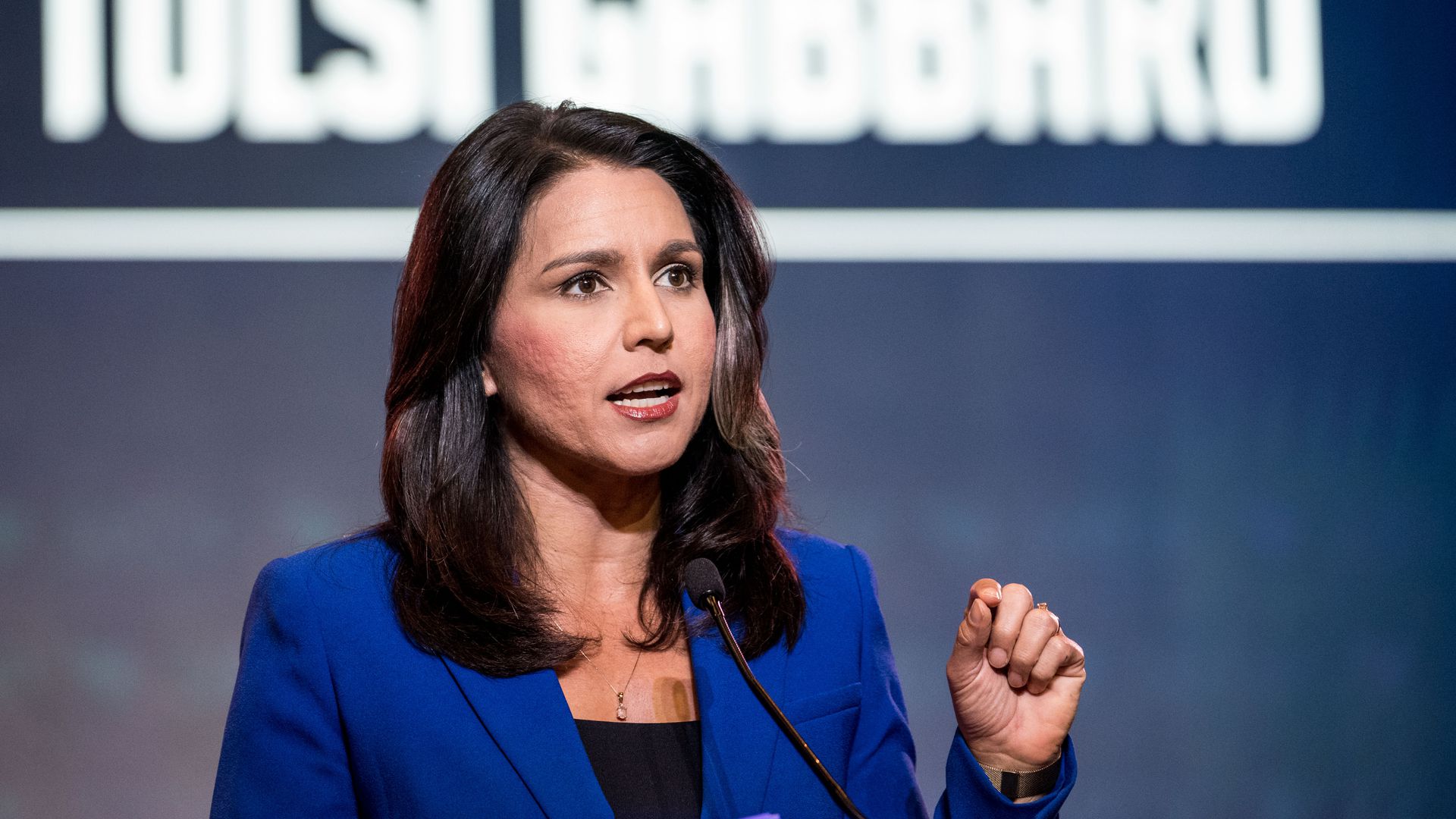 Trying to fulfill his campaign promise of getting American soldiers out of illegal and undeclared wars, President Trump encounters opposition from Democrats and Republicans in Congress. This is a body that passed the NATO Support Act (H.R. 676) by a vote of 357 to 22 in January but has now condemned President Trump for standing by NATO member Turkey.

If Congress had done its job during the Obama Administration, all of this might have been avoided. Remember that Rep. Tulsi Gabbard (D-HI) had introduced legislation to curb the Obama administration’s pro-terrorist policy, in the form of legislation called the Stop Arming Terrorists bill. This is the same member of Congress now being attacked by Hillary Clinton, Obama’s former Secretary of State and 2016 Democratic presidential candidate. Hillary implies that Gabbard is a Russian agent for opposing the war in Syria.

Obama’s support for terrorism did not get the kind of attention that the media, led by the Washington Post and New York Times, lavished on anonymous but false charges from unnamed intelligence officials regarding Russia supposedly helping Trump during the 2016 campaign.

Looking back, perhaps we can safely conclude that Russia-gate was designed to divert the public’s attention away from Obama’s involvement — and the involvement of the CIA — in supporting terrorism in Syria.

While Rep. Gabbard has some typical left-wing views and gave a bizarre “Yoga Day” speech at the U.N. years ago, we noted at the time of Trump’s election to the presidency that she had emerged as an independent voice in the Democratic Party who is willing to blow the whistle on a pro-terrorist Obama Deep State policy that resulted in the deaths of hundreds of thousands in the Middle East. In this area, she strikes a chord with President Trump and many of his conservative supporters.

Interestingly, Trump met with Gabbard when he was assembling his cabinet and grappling with Obama’s foreign policy legacy. She reportedly said that Trump “asked her to meet with him about the country’s policies regarding Syria, the fight against terrorist groups and other foreign policy challenges.”

This isn’t something Republicans or Democrats want to talk about, since many were implicated in Obama’s destruction of Libya, Syria, and much of the Middle East. Instead, in support of the so-called NATO Support Act, the vast majority of House Republicans joined Democrats to pass the bill in January by a vote of 357 to 22, after members of both parties gave impassioned speeches for why the NATO alliance was so vital to preserve and protect.

Yet, when NATO member Turkey engages in a border security operation in Syria, to protect its people from the Communist Kurdistan Workers Party (PKK) and other terrorists, most members of Congress condemned Turkey and Trump. Indeed, in this latest vote, 129 Republicans joined 225 Democrats in condemning Trump for finally getting U.S. troops out of northern Syria. Only 60 members of the House — all Republicans – voted for Trump’s position.

Let’s understand that Congress failed to authorize the military intervention by Obama but objected when Trump does his constitutional duty by getting U.S. forces out of harm’s way. This serves to validate the point made by Republican Senator Rand Paul – that the U.S. military presence in Syria is the result of an illegal policy.

“The Constitution is quite clear,” Senator Paul notes. “No authorization has ever been given for the use of force in Syria. No authorization of declaration of war. No permission to be there at all. So if they want to insert themselves into this civil war, by all means, let’s have a debate. Let’s have the constitutional debate. But I, for one, am not willing to send one young man or one young woman — one soldier — over there without a clear mission. There is no clear mission.”

The picture is confused by right-wing commentators and conservative web sites being critical of Trump’s decision to withdraw American forces from Syria.

What was the alternative? To keep U.S. troops in northern Syria and have them wage war against the Turkish Armed Forces? It would have gotten American troops killed. And it would have defeated the purpose of having NATO members take more care of their own security needs.

My survey of various conservative news sites showed that most had a knee-jerk response in favor of our Marxist Kurdish “allies” and the Christians who fought alongside them in a front called the Syrian Democratic Forces (SDF) and have ended up as human shields.

Many Christians, here and abroad, forget the Kurdish involvement in the genocide against the Christians in Armenia in 1915. As Trump has said, the Kurds have always fought for themselves and their own interests. Their long-time ally has been Moscow, not Washington.

What we can also say with certainty is that much of this conflict and bloodshed resulted from President Barack Hussein Obama’s policy of using John Brennan’s CIA to funnel $1 billion to various groups fighting the Assad regime in Syria. That cost figure was applied by the New York Times when it noted that Trump’s first CIA director, Mike Pompeo, had pulled the plug on that dangerous and expensive program. The Times, however, indicated no interest in identifying the Deep State operatives behind the policy with blood on their hands.

The fact is that Obama’s CIA director, John Brennan was in charge of an Obama policy that decimated the Middle East by producing an estimated 500,000 dead with seemingly endless wars that produced millions of refugees. And the crisis is ongoing, now with Turkey finally acting to clean up part of the mess on its own border.

For opposing this policy from within the Democratic Party, Gabbard finds herself under attack. But Hillary & Company have picked on the wrong target. Gabbard served two tours of duty in the Middle East and continues her service as a major in the Army National Guard. She understands the cost of American involvement in military conflict.

As a presidential candidate, one of her legislative priorities, H.Res.411, declares that “if the President initiates wars without prior congressional declarations, such action shall constitute impeachable ‘high crimes and misdemeanors,’ which shall cause the House of Representatives to vote articles of impeachment.”

Even without such legislation, of course, Obama could have been impeached. It is still not too late to investigate this policy and expose those behind it.

For her part, Gabbard has promised to continue “calling for an end America’s interventionist wars of regime change that have cost our nation trillions of dollars and thousands of lives, simultaneously creating more devastation, human suffering, and refugees in the countries where U.S. regime change war is waged.”

It is a charge that is demonstrably true but which damages Obama, not Trump. After all, Trump is trying to extricate the U.S. from this misery and death. This fact helps explain why Hillary and her Deep State backers are so desperate to smear Gabbard – and defeat Trump.