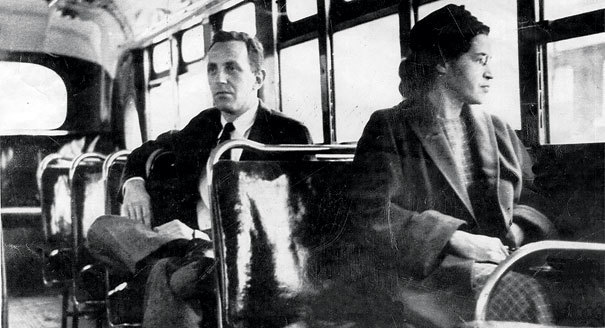 The insanity going on before our very eyes regarding the Democrats’ and fake news medias’ latest campaign to impeach Trump over nonsense is infuriating millions of Americans. It is the equivalent of Adam Schiff flooding the airwaves with the lie that Trump stole his car and must be impeached for it. Meanwhile, Schiff’s car is parked untouched in his driveway for all the world to see. Ignoring the truth that Schiff’s car was not stolen, the Democrats and fake news media cart out a dozen witnesses (whistleblowers) who claim they saw Trump commit the crime.

This is exactly what is going on with Schiff’s outrageous claim that Trump committed impeachable crimes during his phone call with the Ukraine president. Schiff publicly read a bogus version of the conversation between Trump and the president of Ukraine. Trump had already countered Schiff’s lie by releasing the actual transcript of the phone call. Ignoring the transcript, Democrats and their fake news media cheering section are still promoting the false narrative 24/7 that Trump must be impeached for what Schiff claims Trump said on the phone call. This is in-your-face arrogant corruption.

Behaviorally, Schiff, Democrats and the fake news media are saying we’re kickin’ your president out of office and there ain’t nothing you smelly Walmart-shopping Trump voters can do about it.

I received an expletive-filled ranting phone call from a businessman friend in California. He was livid watching Pelosi, Schiff, and their fake news media minions on TV arrogantly promoting a false picture of Trump while seeming to get away with it. He kept screaming, where are the ******* Republicans on our side who are fighting back? I talked him down from throwing a brick through his TV. My friend’s frustration and anger are felt by millions; outraged that Democrats and fake news media are attempting to use nonsense to disenfranchise them, reversing their decision to elect Trump.

The Democratic Party, fake news media, ANTIFA, the Southern Poverty Law Center, Black Lives Matter, and LGBTQ enforcers are nothing more than anti-American and anti-Christian hate groups. They have launched a no-holds-barred war on traditional Americans. They have zero tolerance for any opposition to them transforming America. Along with social and financial destruction, opposing them could cost you your life.

Black civil rights hero Rosa Parks was an excellent example of courage. Tired after a long day at work, Rosa took a seat in the front of the public transit bus, ignoring the mandate that blacks must sit in the back. When ordered to give up her seat to a white passenger, Rosa said, no. Folks, we need thousands of Rosa Parks Americans who refuse to be bullied by the anti-American mob.

I salute Jaelene Hinkle, an outspoken Christian on the U.S. national soccer team. Jaelene is a perfect example of the courage we need to see displayed across America. When ordered to wear a “rainbow” jersey honoring homosexual pride, Jaelene said, no. Wisely, Jaelene said, “If you live for people’s acceptance, you’ll die from their rejection.”

Courageous outraged parents across America are protesting drag queens reading homosexual indoctrination stories to their kids in public libraries. So what does Kaiser Permanente do? They featured a drag queen reading to children in their commercial. Why would Kaiser do that, considering that you could fit all the drag queens in America in a phone booth? Clearly, this is another major corporation saying, screw you, mainstream Americans. In essence, Kaiser is saying, we’re cramming the normalization of debauchery down your throats whether you like it or not.

For years, I warned of LGBTQ enforcers’ hidden scheme to force us to celebrate their anti-biblical lifestyle, while portraying themselves as victims who only desire tolerance. People laughed and called me paranoid. Today, if Democrats win the presidency, HR 5, the deceptively named “Equality Act” will become law. It mandates that every American kneel in worship to LGBTQ perversion. Christians are already being thrown into jail and run out of business for saying no to LGBTQ enforcers demanding that they betray Jesus.

LGBTQ enforcers ignore dozens of bakeries that would gladly make a cake for their same-sex wedding. They bang on the door of the Christian baker and demand that he bake the cake for their homosexual wedding or suffer dire consequences. Obviously, this is not about acquiring a cake. It is about punishing and forcing Christians to surrender to their LGBTQ false god. Because of its condemnation of homosexuality, legislation is underway to ban the Bible by declaring it hate speech.

Nervous Nancy Pelosi knows she cannot successfully impeach Trump. She would need the votes of 67 senators and that ain’t happenin’. So her game plan is to use her fake news media minions to deceive the American people. They will promote the lie 24/7 that Trump has been or should be impeached. Pelosi hopes to kill Trump’s presidency via death by a thousand cuts.

Mary Kay Ash of Mary Kay Cosmetics said, “The speed of the leader is the speed of the gang.” In other words, leadership flows from the top down. Trump is a leader like no politician before him. His courage should inspire all of us who love our country to courageously stand up for the principles and values which have made her great. Just say no to anti-Christian and anti-American traitor’s bullying demands. Spread the good news about what Trump has done and is doing to keep America great.

My enraged California friend passionately said, “We must save our president!” I am doing my part by writing articles, campaigning for Republican candidates, and touring singing my new Trump Train 2020 song. I guarantee my song will pump you up!