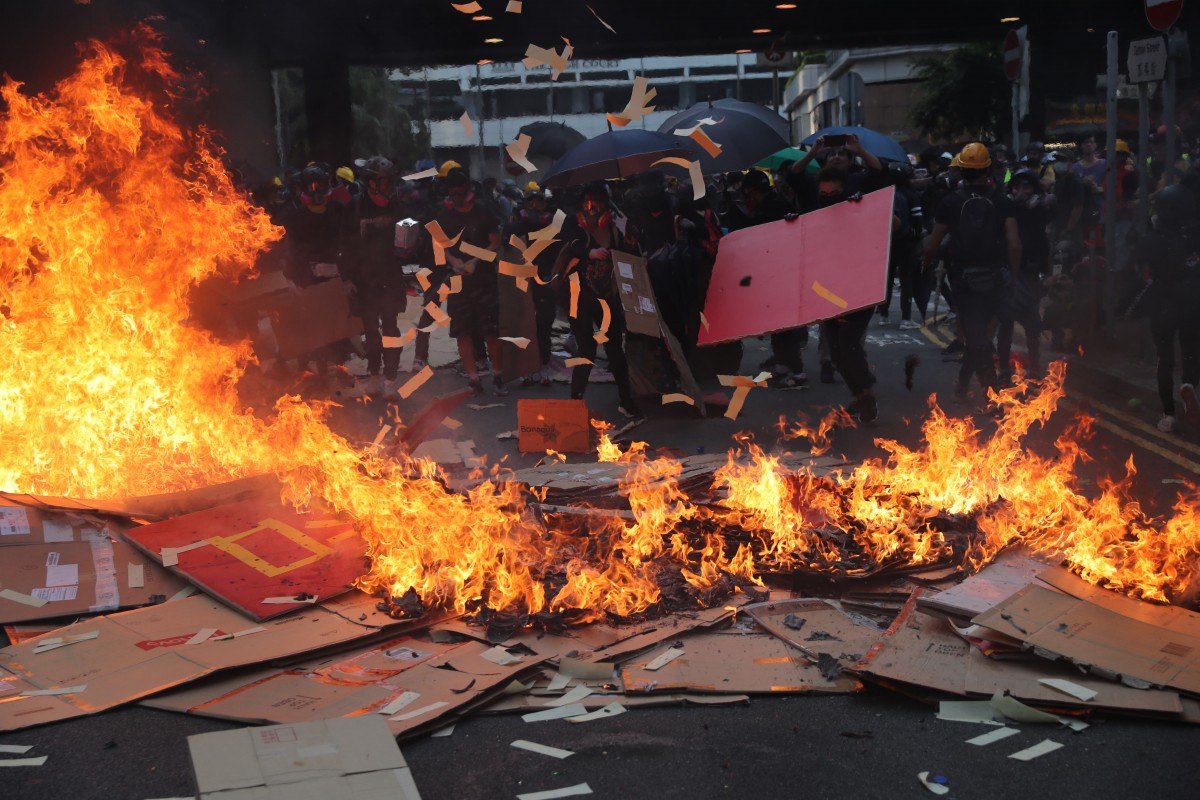 5 months of protests and fighting for real freedom has Hong Kong facing a recession. Asian Airlines has cut flights due in part to cancellations by passengers for several airline carriers of up to 13%.

(UPI) — A government report last week projected a recession for the Hong Kong economy in 2019, which would be its first in a decade.

The forecast said the Hong Kong economy will have contracted by 1.3 percent by the end of the year, in no small part due to ongoing political protests that began to reject a proposed extradition law but have grown to include numerous issues.

Meanwhile, at the Polytechnic University where students and protestors were trapped, police fired rubber bullets and tear gas to keep the protestors from fleeing.

Demonstrators are angry at what they see as Chinese meddling in Hong Kong’s promised freedoms when the then British colony returned to Chinese rule in 1997. They say they are responding to excessive use of force by police.

China says it is committed to the “one country, two systems” formula granting Hong Kong autonomy. The city’s police deny accusations of brutality and say they show restraint. More here.

The European Union and the United States have condemned the escalating violence in Hong Kong amid fears of a bloody crackdown as authorities laid siege to a university campus occupied by pro-democracy demonstrators.

Hundreds of anti-government protesters armed with petrol bombs and other homemade weapons had retreated to the Polytechnic University after a weekend of mayhem, which saw roads blocked, a bridge set alight and a police officer shot with a bow and arrow.

Protesters who tried to make a run for freedom were met with volleys of tear gas and rubber bullets.

A spokeswoman for foreign affairs at the European Commission expressed “deep concern” on Monday over reports that Hong Kong first responders and medical staff were being detained by law enforcement forces, preventing them from providing assistance to injured people.

“Any violence is of course unacceptable and any action by the law enforcement authorities must remain strictly proportionate and fundamental freedoms, including in particular the right of peaceful assembly and expression, must be upheld,” Maja Kocijancic told reporters.

Britain also described itself as “seriously concerned” over the violence on Monday with a spokesperson for Prime Minister Boris Johnson saying London continues to urge “restraint on all sides and support the right to peaceful protest.”

The Foreign Office added that “it is vital that those who are injured are able to receive appropriate medical treatment, and that safe passage is made available for all those who wish to leave the area.”

The United States had earlier condemned the “unjustified use of force” in Hong Kong and called on Beijing to protect Hong Kong’s freedom, a senior official in President Donald Trump’s administration said.

According to Hong Kong’s Hospital Authority, 38 people were wounded during the night of Sunday to Monday.

“We’ve been trapped here for too long. We need all Hong Kongers to know we need help,” he added, bursting into tears. “I don’t know how much longer we can go on like this.”

Police, who have faced an array of weapons including petrol bombs, bow and arrows and catapults, urged protesters to leave.

“Police appeal to everyone inside the Polytechnic University to drop their weapons and dangerous items, remove their gas masks and leave via the top level of Cheong Wan Road South Bridge in an orderly manner,” they said in a statement.

Recent days have seen a dramatic escalation of the unrest that has plunged the Asian financial hub into chaos for almost six months.

Demonstrators angry at what they see as Chinese meddling in Hong Kong’s promised freedoms when it returned to Chinese rule in 1997. They say they are responding to excessive use of force by police.

China says it is committed to the “one country, two systems” formula granting Hong Kong autonomy, with the city’s police accusations they use undue violence.

It said the law was “incompatible with the Basic Law”, the mini-constitution under which Hong Kong returned to Chinese rule in 1997.