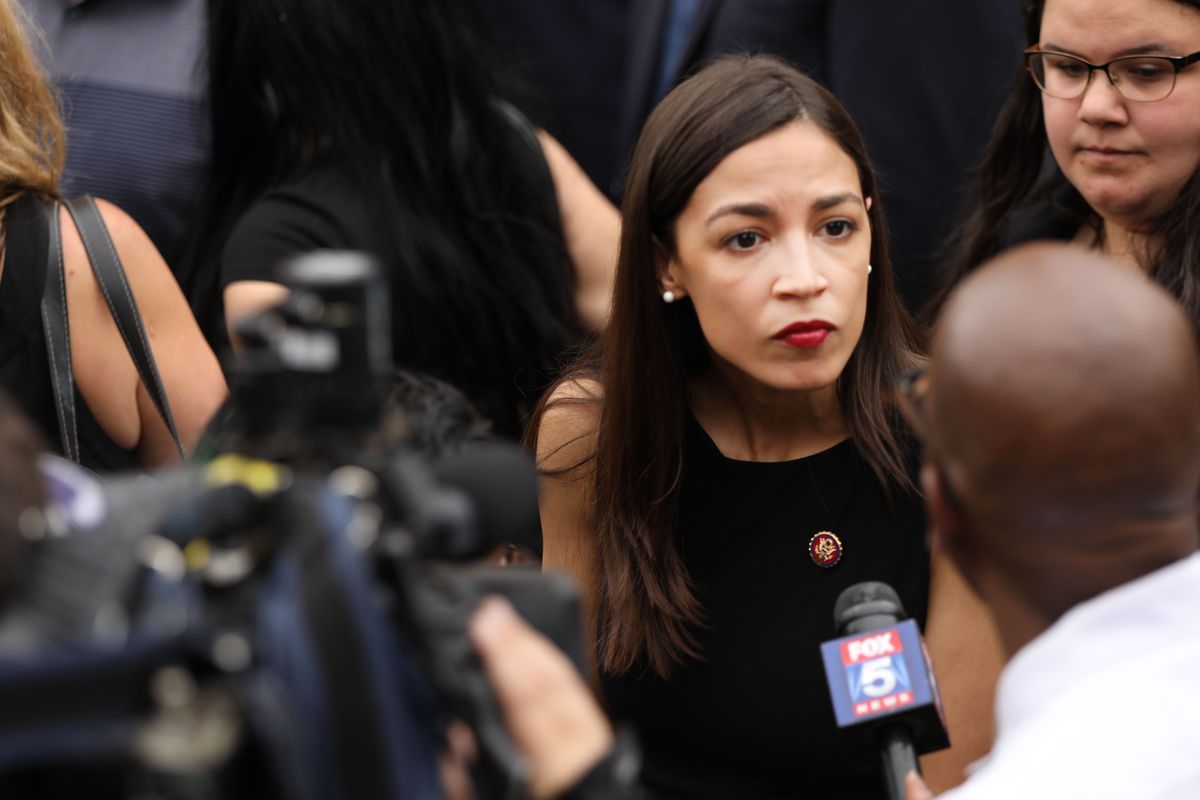 “…I think a lot of people, they don’t want to be racist,” Roberts said, Ocasio-Cortez at his side with her puppeteer’s hand up his backside. “They don’t think that they’re racist, but they also don’t know some of the things they believe or say are and can be racist.” Roberts went on to suggest that people tell “racist white friends” that they were not, in fact, racist, but merely held “wrong opinions.”

Lost in all of this is the fact that Ocasio-Cortez and her boyfriend – as well as the rest of her Justice Democrat, hyper-left, social engineering comrades – have their own definition for racism. As is always the case with the Progressive Left (and AOC and her ilk are the extreme in this already extreme group), they provide their own definitions to words; their own meaning to phrases and events, in an effort to rewrite history and advance their version of how the world should be.

This is their narrative; their definition of racism. They are judging an entire race by the color of their skin and ignoring the “content of their character.”

Thirty-five years before Ocasio-Cortez was conceived, the country went through a self-examination in the Civil Rights Movement. The nation, as a whole and as individuals, spent 14 tumultuous years scrutinizing racism in our society. During that time, Caucasians, as well as people of color, literally put their lives on the line to combat the evils of racism, especially in the Democrat South where the violent and murderous Ku Klux Klan held great power.

A great many Caucasian activists, who fully understood the evils of true racism, took action against those who existed as true racists, i.e. pieces of human excrement who would judge someone by the color of their skin, discriminate against them to maintain a superiority class system, limit their abilities to thrive, and many times take their lives because of it. Some Caucasian activists saw physical harm come to them for their beliefs, and some gave their lives in pursuit of the expungement of racism from our society.

Growing up in the 1960s I saw the thick of the Civil Rights Movement. Having attended Catholic school during this time, the philosophy of Dr. Martin Luther King, Jr. was not foreign to me; it was taught, preached, and expected to be part of who we were. My generation embraced the idea that you do not judge someone by the color of their skin (if you judge them at all), you judged them based on the content of their character and their actions. My parents and the community in which I grew up instilled these principles in my sister and me, as my friends’ parents did to them.

We have been living that philosophy not because some social engineering ideologue brow-beat the idea into our heads, but because it is the intelligent and kind thing to do. Being colorblind – and that includes the many colors of the Caucasian race – is the only intelligent thing to do. Only when one wears the glasses of colorblindness can someone’s true character be seen.

Ocasio-Cortez and her sycophantic, skinny jeans-wearing boyfriend arrogantly ignore that entire generations fought back the poison of real racism – life-threatening racism – and, in the overwhelming majority, reject racism in their lives. Instead, they are exploiting a very serious issue by equating politically correct, emotionally-charged victimhood “triggers” to racism. It is sickening and we, as a society should not tolerate their opportunistic manipulation. 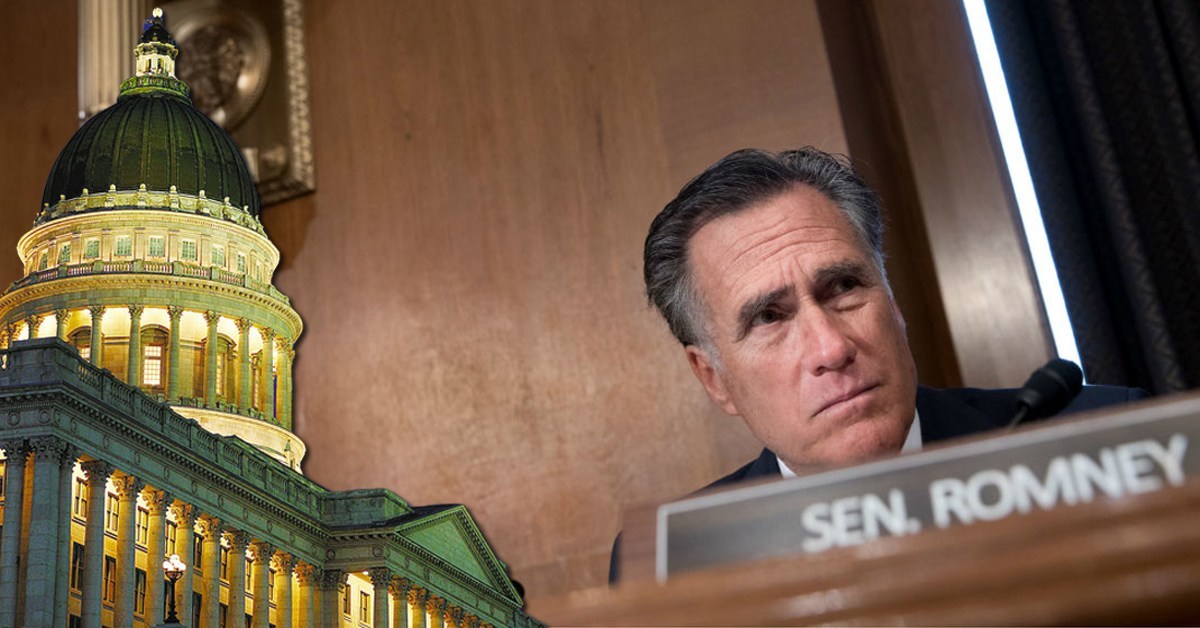 With the exception of a very few, Republicans, conservatives, and all those on the Right side of the aisle have all but shunned US Sen. Mitt Romney (R-UT), for his vote to impeach the President on the charge of Abuse of Power. In the politically charged atmosphere of the beltway, Romney was expected to vote in lock-step with his political party. And while Romney hid behind the idea that he was voting his conscience so as to avoid the wrath of his God, the fact of the matter is this. He did not represent his state when he cast his vote. He represented himself.

The idea that politicians are beholden to their political parties where voting on legislation is concerned is a truth that George Washington warned us about in his Farewell Address:

“All obstructions to the execution of the laws, all combinations, and associations, under whatever plausible character, with the real design to direct, control, counteract, or awe the regular deliberation and action of the constituted authorities, are destructive of this fundamental principle, and of fatal tendency. They serve to organize faction, to give it an artificial and extraordinary force; to put, in the place of the delegated will of the nation the will of a party, often a small but artful and enterprising minority of the community; and, according to the alternate triumphs of different parties, to make the public administration the mirror of the ill-concerted and incongruous projects of faction, rather than the organ of consistent and wholesome plans digested by common counsels and modified by mutual interests.

“However combinations or associations of the above description may now and then answer popular ends, they are likely, in the course of time and things, to become potent engines, by which cunning, ambitious, and unprincipled men will be enabled to subvert the power of the people and to usurp for themselves the reins of government, destroying afterwards the very engines which have lifted them to unjust dominion.”

Put succinctly, Washington warned us as plainly as he could that political parties would come to override the will of the people and become the destruction of the Republic. To declare that his fear has become a reality is the understatement of the century.

This brings us to the point about Romney’s vote to convict the President on the charges of Abuse of Power. While Romney certainly bucked the idea of voting lock-step with a political faction, he voted as he did in a way that betrayed the charge of his office.

Before the Progressive Movement’s coup against the US Constitution in affecting the direct election of US Senators, those positions were filled by appointment of each state’s legislatures. The concept was an easy one to understand: where the US House of Representatives was meant to represent the will of the people nationally, the US Senate was the chamber that was charged with protecting the sovereignty of the states themselves. US Senators voted in the best interest of their respective states.

The US Senate, as conceived by our Framers, was able to protect the states from an over-reaching federal government because Senators (by virtue of their appointments) weren’t affected by national party politics to the extent members of Congress were. They didn’t need to placate national political party leadership because they existed above any manipulation the parties could inflict.

A perfect example of the genius of the Framers comes in Obamacare.

If the US Senate were still populated by appointees from the many state legislatures during the debate on Obamacare, there wouldn’t have been one vote in that chamber for the measure due to the financial strain the legislation proposed to put on the states’ treasuries. Every Senator would have seen the program as not in their state’s best interests and they would have voted down the measure in unison.

Since the direct election of Senators, however, that body is subject to the manipulation of political factions; the very same factions of which President Washington warned. The political party in power applied pressure to pass the legislation to the detriment of individuals and states alike and it became law of the land despite protestations by the people and the sovereign states.

So, the question in Romney’s vote to convict is not whether he was manipulated by political pressures. He proved that he was not and even tried to project an “I am independent-minded” narrative. No, where Romney went off the rails is that he did not faithful represent his state in his deliberations; the charge of his station.

The people of Utah made it quite clear that they did not believe the President should have been convicted on the impeachment articles, going so far as to threaten a recall of Mr. Romney should he demure to the Democrats. Romney failed to represent the best interests of his state and, therefore, abused his power as a US Senator from that state.

If Progressives wouldn’t have bastardized the US Constitution to remove the apparatus meant to protect the sovereignty of the states (the appointment of federal senators) the Utah legislature could simply recall him and be done with it. Now the people of Utah have to jump through legal hoops to make Romney pay for his transgression against them.

Let’s all hope they succeed in their efforts. 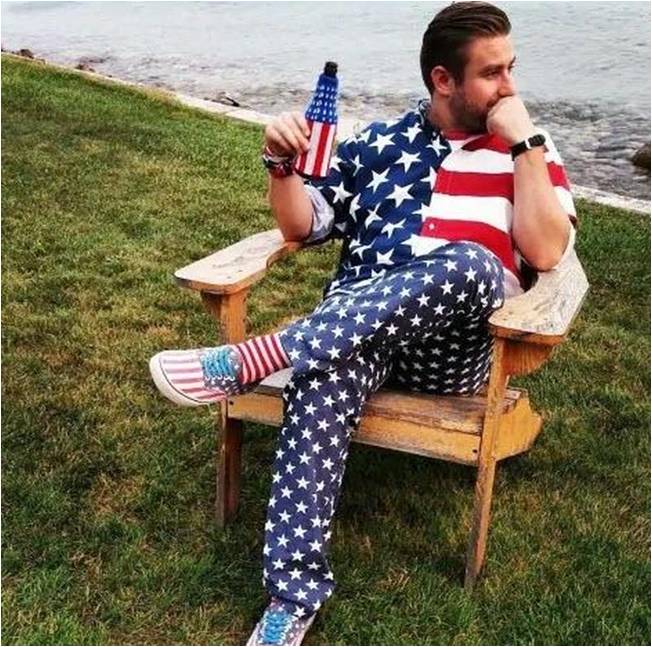 It is rumored that Hillary Clinton is considering a Vice Presidential 2020 ticket. I’m not sure what fool would fall for that. It would be the shortest presidency in the history of the United States. Just ask Seth Rich.