By: Tabitha Korol and Kevin O’Neil 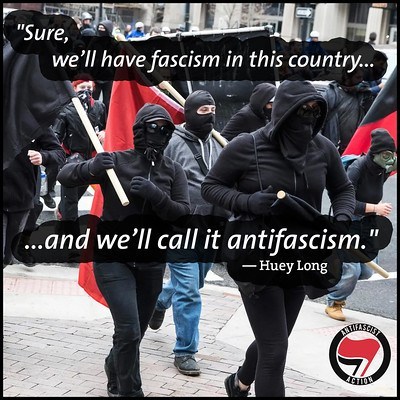 We can all fight for a cause, but “The function of wisdom is to discriminate between good and evil. – Marcus Tullius Cicero

They began as idealists, working to save the French-Jewish army Captain Alfred Dreyfus who’d been falsely accused of conspiring with the Prussian army.  The Dreyfus Affair of the mid-1890s and early 1900s was the impulsion for people to unite in support of the rights of the individual before a military authority that was rightly seen to be draconian and dismissive.  A worthy cause, yet the case divided France into the anti-Dreyfusards, fascist, Jew-hating ultranationalists, and the “Dreyfusards,” the anti-fascists who formed associations and humanitarian consensus to gain his exoneration.

Today’s anti-fascists, “Antifa,” miss the point if they see themselves as successors to the Dreyfusards.  The latter was inspired by the love of the individual, a positive inspiration, whereas Antifa is motivated by negative hatred for the establishment and the abuse of the individual who happens to disagree with them.

Defining the term fascism has proven notoriously difficult.  There were German anti-fascists in the early 1900s who joined the Jewish working class to fight for dignity and better wages, and Italian anti-fascists who fought against Benito Mussolini’s Fascist Party and Hitler’s growing influence.  There were also Spanish anti-fascists both before and during Spain’s civil war, with writers Orwell and Hemingway among their ranks.

But there are sufficient differences between the various fascist regimes that make it virtually impossible to identify commonality.  However, most leading scholars agree that all fascists support the violent revolutionary overthrow of the state’s entire government to be replaced with a totalitarian system that diminishes the value of the individual to a mere component of the whole.  Any difference of opinion is seen as fair game to be silenced.

Antifa is a burgeoning collection of discontented militant-leftist groups who, convinced that white supremacism was responsible for chattel slavery and the Holocaust, are allied in their attempt to overthrow “white” western government by any means available, including violence.

British political theorist Roger Griffin, the author of “The Nature of Fascism,” wrote, “Fascism is a genus of political ideology whose mythic core in its various permutations is … palingenetic,”  which means that a “rebirth” would follow the demolition of the existing political order.  By this scholarly definition, Antifa’s own methods and goals fulfill the criteria – not of anti-fascism – but of Fascism!

After interviewing 61 current members in 17 countries, Mark Bray, author of “Antifa: The Anti-Fascist Handbook,” asserts that militant antifascism is a “reasonable, historically informed response to the fascist threat that persisted” after World War II and into recent years. They argue that every fascist or white-supremacist group has the potential of being the start of Mussolini’s original hundred or Hitler’s first fifty-four members of the German Workers’ Party.  Hence, they believe they have a righteous obligation to stop what they regard as fascist “violence, incivility, discrimination, and speeches that stimulate further white supremacy, oppression, and genocide.”

And fascism, real fascism, must be opposed.  Edmund Burke’s statement was never more apposite, “The only thing necessary for the triumph of evil is for good men to do nothing.”

In “The View from My Window:  The Ethics of Using Violence to Fight Fascism,” Elie Wiesel recalled familiar riots while he was watching one play out below his fifth-floor window in Berkeley.  It brought to mind the millions of people who fought fascism throughout Europe and he suitably wondered at what point resistance to fascism may be justifiable.

A very sobering question!  And whatever the “point” is at which action is justified, one thing is certain: we must be able to define fascism and be convinced that the group we oppose is truly fascistic.

Not only had Wiesel witnessed real fascism at work, but had suffered from it, and lost both parents and a sister to the Nazis.  He recalled the brave month-long resistance of the Jews in the Warsaw Ghetto when the Nazis came to liquidate it, April 19, 1943.   Move than fifty-six thousand Jews were killed, very few escaping.  This is the face of real fascism.

America is not Warsaw; neither is it remotely similar.  We are not ruled by authoritarian power, and our laws are not for the subjugation of the individual but for his/her protection.  Antifa must ask themselves if they are even capable of actually recognizing true Fascism.

Columnist Mark Thiessen wrote in The Washington Times (6.30.17) that Antifa was the “moral equivalent of neo-Nazis.”  The statement may or may not be prescient, but it will not be the first time in history that a movement that began as an ideological liberator abandoned reason and descended into violence and incoherent rage.  In the famous words of Goya, “The sleep of reason produces monsters.”

If Antifa truly aspires to be worthy successors to the anti-fascist groups of history, they must urgently learn the meaning and methods of fascism and be prepared to come to some very disturbing conclusions.