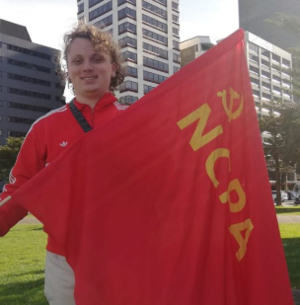 November 21-22 2019, the NCPA held its inaugural congress. The congress marked the end of the “25-year absence of Marxism-Leninism in New Zealand”. Held in Wellington, the congress included representatives from the Communist Party of Australia (CPA), the Embassy of Cuba, and the Chinese Academy of Social Sciences (CASS).

In a speech to the conference, Buissink stressed the importance of party unity by welcoming “all Marxist-Leninists into the New Communist Party and said the new group would “seek to resolve all differences through internal, comradely debate. Small differences, particularly those centering on international issues, should not create splits, and we must always prioritize unity in the domestic situation.”

In July 2019 Katjoesja Buissink  helped celebrate the 60th anniversary of the Cuban communist Revolution at the Cuban embassy in Wellington. 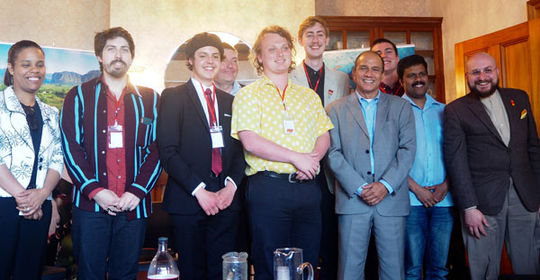 Previously Buissink was active in another Marxist group Organise Aotearoa. In January that group got big press in Brazil when they occupied the Brazilian embassy in Wellington to protest the new anti-communist Brazilian government of Jair Bolsonaro.

Katjoesja Buissink was the Organise Aotearoa spokesman for the occupation.

In August 2018 hundreds rallied in Auckland against the proposed visit of Canadian speakers Lauren Southern and Stefan Molyneux.

Ten Auckland-based activist groups banded together for the ‘Rally Against Racism’, which organizer and Auckland University student Katjoesja Buissink described as “the most organized protest I’ve ever seen”.

Buissink said he opposed the Canadian pair speaking in Auckland due to the way they have “spoken about minorities” in the past. 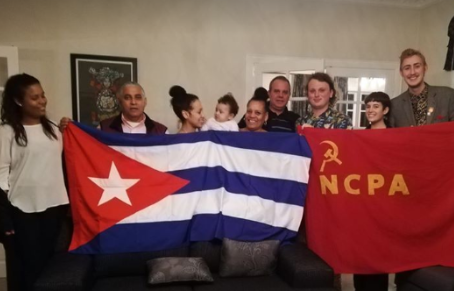 “I think the thing to remember is hate speech is not free speech and what they’re doing is hate speech.” The New Zealand government of socialist Prime Minister Jacinda Adern canceled the Canadian pair’s visas. 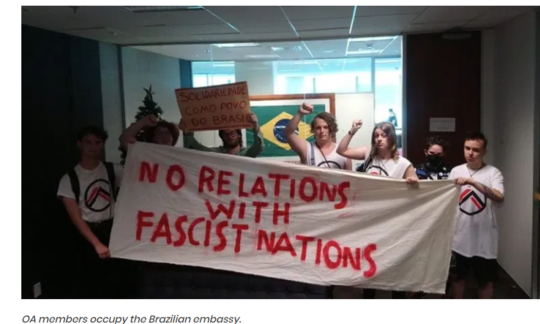 When  UK politician Nigel Farage was due to speak in New Zealand in September 2018. Tamaki Anti-Fascist Action spokesperson Katjoesja Buissink said: “We are taking action because Farage’s anti-Semitic, Islamophobic and misogynist views are repugnant and indefensible. His scapegoating of vulnerable communities is reprehensible.

“The real problems rest with the vast and grotesque levels of global inequality caused by capitalist exploitation, ongoing colonialism and endless wars of aggression. He doesn’t want to do anything about those things, instead, he uses ‘divide and rule’ tactics to stir up hatred and fear among the white working and middle class.”