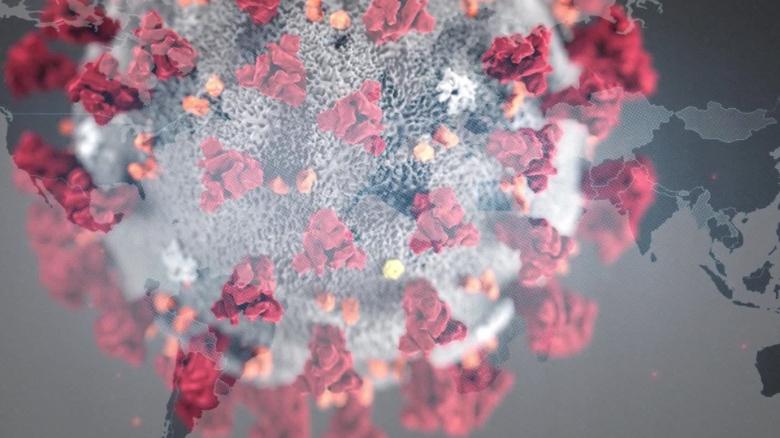 Fred Sanford of the Sanford and Son sitcom routinely faked having a heartache to manipulate his son. Placing his hand over his heart, Fred would yell, “This is the big one! I’m comin’ to join you, Elizabeth!”

For three and a half years, Democrats along with their fake news media minions have sought “the big one” to remove Trump from the White House.

All of their this-is-the-big-one attacks on Trump have bombed out; Russian collusion, Stormy Daniels, Michael Cohen, the Mueller Report, the Ukraine phone call, the 25th Amendment, the Emoluments Clauses, quid pro quo, bribery, and far too many for me to remember.

Barely able to contain their excitement, Democrats/fake news media believe they have finally found their kryptonite to take down this superman president. They are confident that their insidious evil manufactured hysteria over the Coronavirus is The Big One that will end Trump’s presidency.

Any one of the bogus attacks launched against Trump would have ended the candidacy or presidency of any other Republican. Clearly, God’s Hand of protection is on Donald J. Trump. Their latest attack, Corona-mania, will fail also.

We have seen Democrats/fake news media repeatedly use their tactic of creating a false narrative which they demand that everyone embrace. Anyone with the guts to rebel is publicly humiliated, branded irresponsible, deemed a truth denier, diagnosed crazy, a racist, sexist and homophobe.

And yet, Obama worshiping progressives accuse Trump of behaving like he is a king.

Democrats’/fake news medias’ latest bogus narrative which they demand that we embrace is the Coronavirus as the worse thing that has ever hit America and we’re all gonna die because Trump is in the White House. Anyone who dares to publicly say otherwise is immediately gang assaulted by the media.

Well aware of the consequences of daring not to embrace this narrative, like falling dominoes, corporations are canceling all public gatherings.

The Bible speaks of evildoers setting a trap for someone only to fall into it themselves. “If you set a trap for others, you will get caught in it yourself.” Proverbs 26:27 “Let them be caught in the trap they set for me.” Psalm 35:8

In their frenzied quest to use Corona-mania to “destroy Trump,” Democrats/fake news media find themselves caught in their own trap; in the awkward position of advocating for home-schooling. Democrats are aggressively seeking to ban home-schooling. Progressives despise home-schooling because it stops them from indoctrinating students with hatred for Christians and America while implementing the LGBTQ agenda.

Democrats/fake news media say screw your Constitutional right to free speech. They decide the “correct” view of an issue. If you do not conform, they will destroy you.

Here are a few examples. Trump along with a majority of Americans are fine with “legal” immigration. Democrats/fake news media say if you do not surrender to their desire for open borders and rolling out the red carpet to illegals, you are a racist hater of people of color.

Christians along with other Americans instinctively know that marriage is between one man and one woman. When a Muslim gunman massacred homosexuals in a bar, Democrats/fake news media absurdly said everyone who supports traditional marriage is responsible for the massacre.

Do you see how their tyrannical bullying works folks? If you do not surrender to Democrats’/fake news medias’ mandated view of an issue, they will lie about you and make your life hell on earth.

Continuing to prove himself to be a courageous peerless voice of truth, I tip my hat to Rush Limbaugh for refusing to surrender to Democrats’/fake news medias’ mandated bogus doom and gloom narrative about the Coronavirus.

Upon turning on my TV, a reporter said, “And now, the effects of the Coronavirus.” I thought, in reality, the Coronavirus has had very little effect. The reporter was really reporting on the irresponsible despicable hysteria created by Democrats/fake news media solely to take-out Trump. They will fail.

A break from Corona hysteria and anti-Trump media, watch something uplifting. 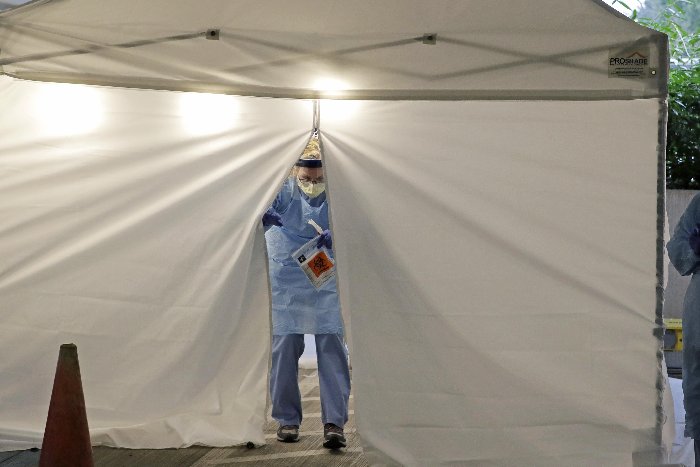 Americans are trying to stay safe, as the government attempts to contain the spread of the coronavirus. As this unfolds, let’s hope that our “intelligence agencies” are taking an objective and honest look at where this virus came from – and whether other diseases are being planned for America and the world. A recent case of alleged “academic espionage” involving China raises the specter of American involvement in Chinese medical and/or biological warfare research.

In making the charge that the Chinese coronavirus originated in the United States, the Chinese have taken a page out of the old Soviet playbook. As concern about AIDS was growing in the 1980s, the Soviet Union launched a disinformation campaign charging that an American military laboratory had developed the virus that caused HIV/AIDS.

The Soviets were lying in order to cover-up their own biological weapons program. Is this what inspires the Chinese lies?

The Soviet campaign included a Pravda cartoon showing an American military officer receiving a vial with the AIDS virus in exchange for providing cash to a doctor in a lab coat. Dead bodies are on the ground around them.

In one of the most notorious examples of Communist disinformation appearing in the U.S. media, then-CBS Evening News anchor Dan Rather picked up this story. He reported in a matter-of-fact way, in a newscast on March 30, 1987, that a Soviet publication had charged that an American military laboratory had developed the virus that caused the AIDS epidemic. He did not accompany this charge with any comment from the Pentagon or the State Department.

The liberal anchorman had fallen for a Soviet ploy to use the AIDS charge against the U.S. as a way to divert attention from the Soviet program to develop Ebola and other viruses as weapons.

This story had been exposed as Soviet disinformation even before Rather aired it. Former KGB officer Oleg Gordievsky later admitted the Soviet KGB role in spreading the AIDS charge against the U.S. in his book, KGB —The Inside Story, calling the charge a “fabrication” that “also took in some of the Western media.”

In the end, the Soviets had placed the charge in over 200 publications, as well as radio broadcasts, in 25 different languages. This is the model the Chinese are using to divert attention away from them.

The Soviet campaign was so effective that the Wilson Center featured a discussion, “The AIDS Conspiracy: KGB and Stasi Disinformation,” looking back at how the Soviets ran the campaign in association with the East Germany intelligence service. A subsequent report goes into substantial detail.

The reason we should revisit this controversy is to understand why the Chinese communists are using the same kind of disinformation today. The motives behind the Soviet campaign involved far more than just smearing the United States. The Soviet campaign was designed to distract attention from its own biological weapons program. Ken Alibek, deputy chief of the main Soviet biological weapons laboratory, disclosed in his book, Biohazard, that the Soviets had explored AIDS as a weapon but concluded it was too unstable for use. However, he said they did add smallpox to their arsenal. The Soviets tried to cover up a biological weapons disaster at their own Army biological research facility at Sverdlovsk, blaming the deaths on tainted meat.

Similarly, it is reasonable to assume that the Chinese disinformation attacking the U.S. Army as the source of the coronavirus is designed to divert public attention from what has been going on behind-the-scenes in Chinese labs. Alibek’s book describes outbreaks of hemorrhagic fever in China in the 1980s that were caused by an accident in a lab “where Chinese scientists were weaponizing viral diseases.”

In an interesting development, on January 28, as the coronavirus virus was spreading to the United States and Europe, the Department of Justice announced that Dr. Charles Lieber, the Chair of Harvard University’s Chemistry and Chemical Biology Department, and two Chinese nationals had been charged in connection with aiding Communist China. (Lieber and his lawyers declined to comment).

Lieber has his own Lieber Research Group at Harvard. The web page says, “The Lieber group is focused broadly on science and technology at the nanoscale, harnessing the unique physical properties of novel nanomaterials to push scientific boundaries in biology and medicine.”

What’s fascinating are the “sponsors” listed on the bottom of the page. They include the National Institutes of Health, the Office of Naval Research, the Air Force Office of Scientific Research, the Defense Advanced Projects Research Agency, and MITRE, a “research and development” center claiming to be “solving problems for a safer world.”

One of the Chinese nationals, according to the DOJ news release, is alleged to have tried to smuggle vials of biological material in his socks that he obtained from the Harvard-affiliated Beth Israel Deaconess Medical Center. Another Chinese national, Yanqing Ye, was identified as a Lieutenant of the People’s Liberation Army (PLA), the armed forces of the People’s Republic of China and a member of the Chinese Communist Party (CCP).

We are being told by our media and their “fact-checkers” that none of this has anything to do with the coronavirus.

But the sensational allegations in this reported case of “academic espionage” are that Lieber, who became a “Strategic Scientist” at Wuhan University of Technology (WUT) in China, was getting paid big bucks to establish a research lab at WUT. What’s more, the DOJ said that Lieber has received more than $15,000,000 in grant funding from the National Institutes of Health (NIH) and Department of Defense (DOD).

At a time when Congress seems eager to pile more billions of dollars on the NIH, in order to fight coronavirus, shouldn’t this scandal be investigated to find out where in fact the money has been going, for what purpose, and to whom? Has American expertise been tapped to make China’s secret labs and to engineer viruses to sicken and kill the people of the United States and the world?

Note that a separate entity, the secretive and controversial Wuhan Institute of Virology, has international “partners” that include the NIH and Harvard.

Is there an American connection to coronavirus after all?