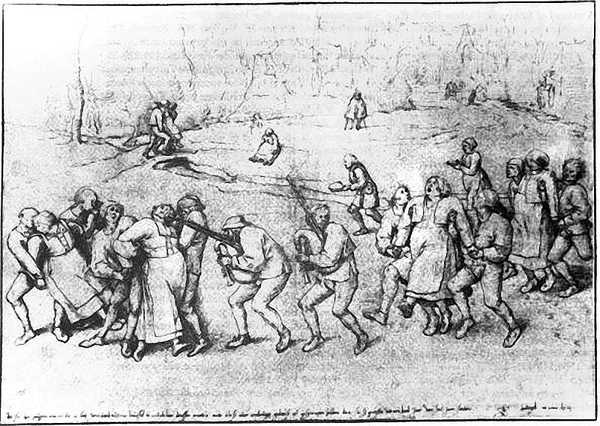 A usually level-headed Christian conservative lashed out on Facebook, scolding everyone they thought was not taking the coronavirus seriously enough. Fake news media has successfully infected many with irrational fear.

Hearing Gov. Larry Hogan on my car radio announcing his executive order to close bars, restaurants, gyms, and theaters sounded like the script of a 1950s horror movie. “We will stop the spread of this deadly disease!” dramatically proclaimed Hogan. Litle more than 100 have died in the U.S. and under 9,000 worldwide. According to the CDC, during the 2018-2019 flu season, an estimated 16.5 million people got sick and 34,000 died in the U.S.

When Hogan mentioned plans to restrict church gatherings, a chill went up my spine. In the United States of America, the government is mandating that people not attend church. Wow!

CDC data confirms that the martial-law-light mandates steamrolling across America are disproportionate to the threat of the virus. Some governors and most corporations are responding to media-mob pressure to halt life in America. Others see an opportunity to land a death-blow to the Trump administration.

Insidiously ignoring the CDC’s no-need-to-panic-data, fake news media created and is gleefully fueling corona-madness. Using their huge bully pulpit, fake news media says anyone who dares to contradict their you’re-all-gonna-die narrative will be dragged into the high tech public square, stripped naked, branded an irresponsible idiot with a hot iron and their career will be canceled.

It is disturbing that there is practically zero pushback against governors instantaneously overruling our constitutional freedoms. Sadly, many youths are clueless regarding their constitutional freedoms. They grew up in public schools where progressive teachers taught them that the Constitution is an outdated piece of paper written by racist, sexist, homophobic, and Christian dead straight white men.

We have far too many Bernie Bro youths who say, “If the government is going to give me free stuff, I am down with whatever controls the government deems necessary.”

A gentleman said this about Democrats/fake news media in an email, “…they are willing to destroy hard-working people’s jobs to accomplish their power play.” This guy is spot-on correct. This is why I regard Democrats’/fake news medias’ gleeful spread of corona-madness so loathsome and evil.

Democrats and fake news media are 100% committed to destroying Trump, their greatest Nemesis. Collapsing the U.S. economy and even the loss of American lives is acceptable collateral damage in their quest for power to control every aspect of our lives. They believe corona is their highly sought-after kryptonite to kill We-the-Peoples’ superman president.

A wise woman emailed me, “I think a lot of people are willing to do social distancing, etc., but they’re unwilling to live in perpetual fear.” I say, “Amen, sister.”

How long can fake news media/Democrats successfully keep Americans at a fever pitch level of irrational panic and fear? How long will U.S. businesses allow media to bully them into losing billions of dollars simply because they hate Trump? How long will it take Americans to say screw this nonsense, “I’m going out for a burger and a beer?” I believe there will be a tipping point when Americans say enough is enough, I’m going to resume my life.

My baby boomer generation is still the largest demographic. We know our constitutional rights and will fight for them. We will not go gentle into Democrats’ snap-of-their-fingers repeal of our constitutional freedoms intended to collapse our economy.

The simple truth is the coronavirus has had very little effect, causing around 125 deaths nationwide. What has caused the unprecedented closing down of America is media-hype about the coronavirus. We are suffering the consequences of deranged Democrats and fake news media willing to sacrifice everything to stop a president from implementing his America-first agenda.

Democrats and fake news media view the coronavirus as blood in the water to create a feeding frenzy of criticism of Trump.

Remarkably, every crazy, illegal, and evil scheme to remove Trump from the White House has failed. So will corona-madness. Why? Because God put Trump into the White House and only God will take him out.

Two buddies of mine said the hysteria is causing seniors in nursing homes to be isolated from visits by their loved ones. But Democrats/fake news media do not care. All they ever care about is furthering their socialist, communist, and progressive agendas and damaging Trump. Thank God Trump caught and denied Democrat Nancy Pelosi’s sneaky attempt to hide abortion funding in Trump’s corona relief spending.

In response to a 50-degree temperature day after people who have been cooped up in their homes because of a brutally cold winter, people rush outside wearing t-shirts and flip-flops. I believe Americans will eventually respond the same way, becoming emotionally burnt out over corona-madness. This will spark a huge economic boom.

Folks, the light I see at the end of the corona-madness tunnel is the strong will, spirit, and instincts of the American people. Without analyzing their feelings through a lens of political ideology, Americans will begin demanding to have their lives back: work, weddings, kid’s birthday parties, restaurants, and so on. We are Americans!

Trump is the perfect man in office when that day comes. He will gladly say, “I am with you folks. Let’s get back to keeping America great!”