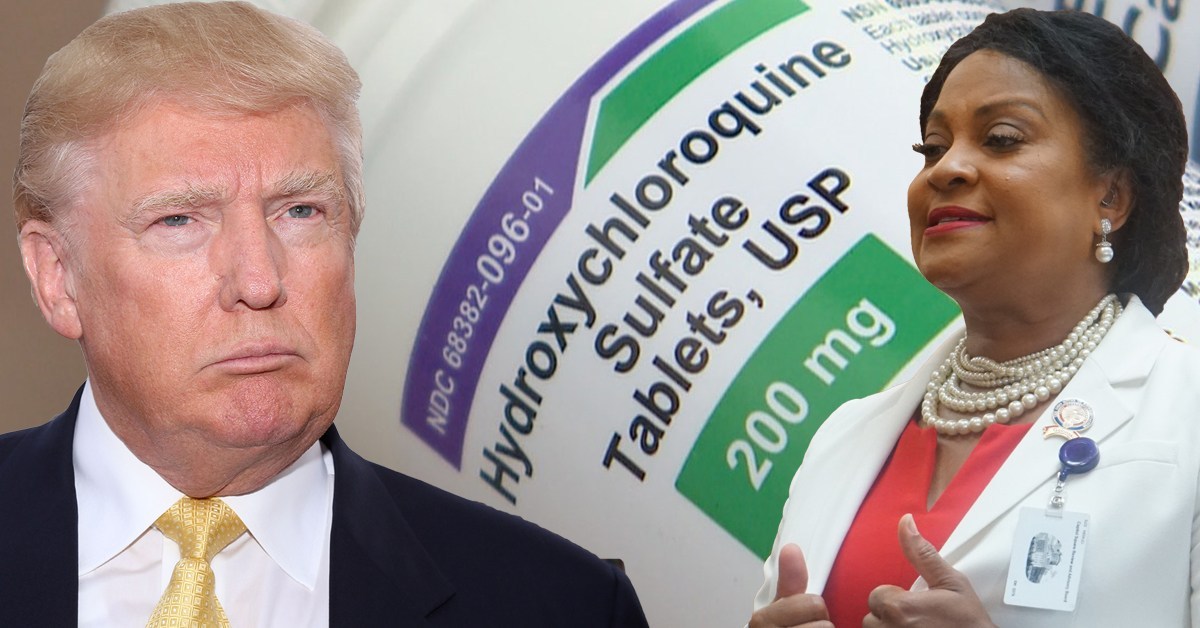 COVID-19 & The Manipulated Information We’re Getting

“State Rep. Tavia Galonski (D-OH-35) tweeted Sunday after President Trump spoke about hydroxychloroquine at his daily press briefing… ‘I can’t take it anymore. I’ve been to The Hague. I’m making a referral for crimes against humanity tomorrow…Today’s press conference was the last straw. I know the need for a prosecution referral when I see one.’”

Of course, Galonski is referring to the International Criminal Court at The Hague which the United States does not recognize. We don’t recognize it for the fact that to do so would put a non-constitutional adjudicating body above our Constitution, our rule of law, and our Supreme Court. Because we don’t recognize the ICC it has no teeth, no authority…nothing.

We also need to look at her motivation via her campaign contributors. We need to see if she took any checks or quid pro quo in-kind contributions from big pharma, and here’s why.

In several locations around the world – including Australia, France, and (ironically) China, Hydroxychloroquine, when combined with Zithromax and zinc, has proven incredibly effective against the COVID-19 virus, both as a treatment after infection and as a prophylactic. This would mean that any big pharma concocted, high-priced cure that would hold the treasuries of the world hostage to political extortion wouldn’t be so critical to achieving.

And let me further juxtapose Galonski’s ignorance with this. A poll of 6,227 physicians in 30 countries across three continents, conducted by the global healthcare polling company Sermo, found that they believe hydroxychloroquine to be the best treatment for COVID-19. Further, the poll found that the United States has the lowest percentage of physicians prescribing the drug, although that number is growing.

Sermo CEO, Peter Kirk is quoted as saying, “Physicians should have more of a voice in how we deal with the pandemic and be able to quickly share information with one another around the world.” He alluded to the poll results (albeit his organization’s) as a “treasure trove of global insight for policymakers.”

And let’s file this under the “blind squirrel finding a nut” column.

Bloomberg (of all places) reports that more than 99 percent of the coronavirus fatalities in Italy – one of the world’s COVID-19 hotspots – were people who suffered from previous medical conditions, i.e. they were already identified as vulnerable, sometimes three-times over.

The Istituto Superiore di Sanita, Italy’s national health authority, discovered, post mortem, that of the 132,547 COVID-19 cases only 0.2 percent of the 16,523 fatalities (as opposed to the 22,837 who have recovered completely) were free and clear of any known preexisting condition. Those who died did so from complications related to COVID-19 in concert with their pre-existing conditions. The institute categorized those conditions like high blood pressure, diabetes, and heart disease, among others.

Additionally, Italy has a state-run healthcare system that has established guidelines that mandate, and I quote from The Atlantic: “Those who are too old to have a high likelihood of recovery, or who have too low a number of ‘life-years’ left even if they should survive, would be left to die.” To be more succinct, Italy is not treating COVID-19 elderly patients who present with an advanced stage of coronavirus. Ain’t socialized medicine wonderful…

Again, I am not saying that the COVID-19 virus event we are experiencing isn’t serious. It is. What I am saying is that it is being exploited by opportunistic politicians and special interests that glean benefit through chaos and is over-hyped by the media for ideological purposes.

Given the extremes to which our society has stooped during this event (hoarders should take a good long look in the mirror to examine what kind of person they have become), wouldn’t employing the hydroxychloroquine cocktail within the non-vulnerable community be a positive step toward marginalizing this virus? Rather than investing in the panic that saw New York and Michigan’s governors reverse their “ban” on hydroxychloroquine – only to now passionately exclaim they need more access to the drug, why not remain calm, use common sense hygiene protocols in mass, employ what is now a clinically effective avenue of treatment to the non-vulnerable, and sure-footedly develop treatments and vaccines for the less resilient?

We all must stop feeding at the trough of media, political, and special interest manipulation. In our fast-paced, “gotta-have-it-now”, instant gratification world, we have to take the time to inform and educate ourselves on issues and seek out facts. Just like our addictions to cellphones and social media, we have become dependent on the information we consume via the usual suspect media outlets and a cursory look into their motives points to two things: 1) they are for-profit entities that compete using sensationalism; and 2) each of them is not without their ideological biases and agendas.

Gone are the days of journalism based on “just the facts” and “who, what, where, when, and how.” Today we have opinion-based news that preys on emotions and puts more weight into the speculative “why” of every story. True, fact-based journalism, if not dead, is in critical condition with questionable chances for recovery.

“You never want a serious crisis to go to waste. And what I mean by that is an opportunity to do things you think you could not do before.” – Rahm Emanuel, former Chief of Staff to Pres. Obama and former Mayor of Chicago

One thought on “…And This Woman Is an Idiot”