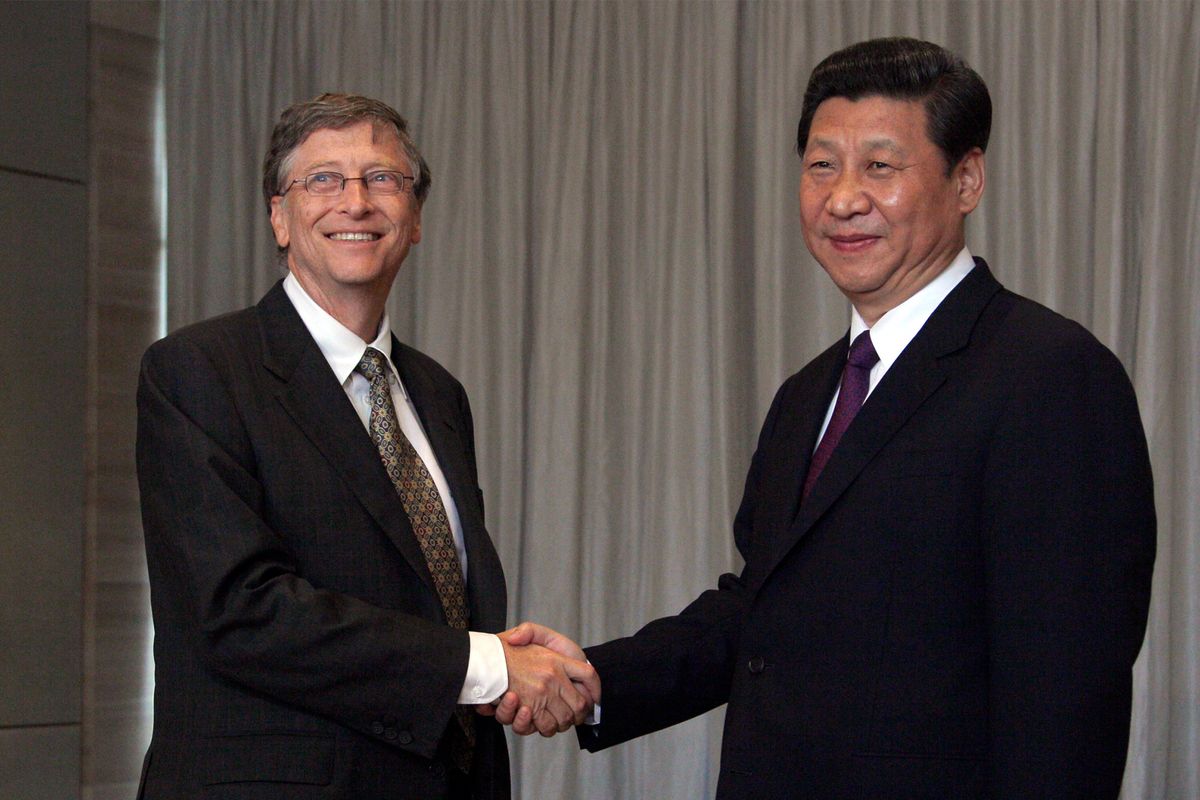 Bill Gates, who is worth more than $100 billion, made his money through Microsoft computer software programs. How did he become an expert on diseases and bioterrorism? Why was he on the Fox News Sunday program telling Americans how to live? Why was he on CNBC on Thursday discussing when to reopen the economy? Why does he write columns for the Washington Post telling our elected officials what to say and do? Who does he think he is?

His wealth doesn’t make him an expert on anything except computer software programs.

With 17.6 million Americans now out of work as a result of the coronavirus shutdown, famous investor Michael Burry describes Gates as “someone with influence who will not feel economic pain dictating to the masses without influence how their economic pain is worth it.” He made this comment in the context of urging President Trump to reopen the economy.

While Burry is correct about Gates’ insulation from the people, the fact is that Gates has access to the corridors of power, especially on a global level. We would be fools not to listen to what Gates has to say. But it is also necessary to document Gates’ sympathy for — and ties to — China. It’s significant that, in regard to the coronavirus and the response, Chinese dictator Xi has sent Gates a letter thanking him for his financial support for China. In 2017 Gates was given one of China’s highest academic honors.

Gates was on Fox News Sunday and CNBC, and writing for the Post, because money talks. He buys influence and advisers. For that reason, we also have to pay attention to him. He doesn’t mind his own business and concentrate on ways to improve software products. Instead, he makes our lives and business his business.

What is he saying, exactly, about the nature of the coronavirus and where it came from? And what is he NOT saying?  The answers display a disturbing pro-China bias on Gates’ part.

During a discussion on Reddit, he failed to hold China responsible for claiming, through the World Health Organization, that the disease could not be transmitted between humans. In fact, he praised China for its response and declared the name shouldn’t be “Chinese virus.” He apparently found that offensive.

With Gates now assuming an adversary posture on the matter of opening up the U.S. economy, President Trump must keep in mind Gates’ ties to China as his administration makes decisions in the critical days ahead. For that matter, Trump must also understand that Dr. Anthony Fauci once signed a “Memorandum of Understanding” with the Chinese- front World Health Organization, pledging cooperation. This helps account for the slow response to the virus from the National Institutes of Health and the Centers for Disease Control. They were fooled, just as Gates has been fooled.

The Fox moderator, Chris Wallace, said he sat down with Gates “to discuss what we need to do now” regarding coronavirus. Wallace referred to Gates’ “famous TED talk five years ago,” where he warned about another pandemic and “laid out a lot of the things that we’re starting to do now, like research and development on new tests and R&D on vaccines.” Wallace added, “But so many countries around the world, including the U.S. back in 2015, largely ignored your warnings. Why do you think that was?”

Like the gloom-and-doomers who have been predicting market crashes every few years, Gates has been warning of escaping viruses and pandemics. This has become his niche market.  Of course, such predictions are not unique. Government and private organizations occasionally make similar predictions. The difference is that Gates is a billionaire and commands attention because of that fact alone. In addition, he focuses almost exclusively on vaccines as the solution to various public health problems. He strongly promoted an HIV/AIDS vaccine, which has been a failure.

Let’s assume, for the sake of argument, that Bill Gates is worth listening to. What’s fascinating is what he had said regarding the next virus threat. He said, “So next time, we might not be so lucky. You can have a virus where people feel well enough while they’re infectious that they get on a plane or they go to a market. The source of the virus could be a natural epidemic like Ebola, or it could be bioterrorism. So there are things that would literally make things a thousand times worse.”

The term “bioterrorism” implies a deliberate attempt by a nation or group to sicken and poison people. Who or what might these be? Gates didn’t say. The likely villains are Islamic terrorist groups and countries like China that are now developing biological weapons. Yet, Gates supports China and the U.N.’s World Health Organization (WHO), which acted on behalf of China to cover-up the deadly nature of the coronavirus.

Interestingly, Gates was quoted in 2017 as saying that bioterrorism could kill more people than nuclear war, but that Western governments were not ready to deal with it.

Indeed, my February 27, 2017, column, “Trump Should ‘Drain the Swamp’ at the FBI Before Terror Strikes Again,” noted Gates’ remarks at the Munich Security Conference that “most of the things we need to do to protect against a naturally occurring pandemic are the same things we must prepare for an intentional biological attack.” This was an interesting remark. Once again, he is raising the prospect of nations and/or terrorists using biological weapons. But he didn’t name names.

Clearly, Gates is concerned about bioterrorism. But so was the Trump Administration. Trump in 2018 signed the National Biodefense Strategy, which noted, “Multiple nations have pursued clandestine biological weapons programs and a number of terrorist groups have sought to acquire biological weapons.”

Chris Wallace didn’t ask Gates about bioterrorism in the context of the China coronavirus. That’s because the media have shied away from this topic. They don’t want to be accused of racism against Chinese people, even though in this case the communist regime is at fault.

Gates is sympathetic to China and his company Microsoft is a corporate member and “patron” of the National Committee on the United States and China Relations. He left the board of Microsoft earlier this year.

His Gates Foundation openly declares, “Since the inauguration of our China office in 2007, we have been focused on unlocking that potential [as a catalyst for development worldwide] in a way that benefits China and the rest of the world. In working towards this goal, we continue to support China in overcoming domestic challenges, leverage China’s growing innovation capacity to supply high-quality, affordable health products to those in need, and assist China in becoming a stronger partner for global health and development.”

Observers of what’s been happening recently, as the U.S. and other nations scramble to get the necessary supplies for a medical response to coronavirus, recognize these statements from the Gates Foundation as the kind of pro-China propaganda that got us into our current predicament.

Its 12-page report, “Our Foundation in China,” actually shows young people in communist uniforms, the Chinese “young pioneers,” getting vaccinations from friendly nurses.

He comes across as reasonable. But Gates has some scary ideas, based on a globalist worldview that sees the Communist Chinese dictatorship as the model for the world. These ideas threaten American liberty and the American way of life. Who in the media will speak truth to power and challenge Bill Gates?

As President Trump reopens the U.S. economy, the basis for our military strength, he should be prepared to expose Gates for what he is. The truth should be told.

One thought on “Bill Gates Worships at the Altar of China”