My grandson wanted to look at photographs that had been stored away in some old albums.  There were images of my folks, their townhouse in Houston, my children at various ages along with pictures of my sister and more images of various dogs and cats we’d learned to love over the years.

While turning one of the pages in the album there was a Houston Police Department ‘photo-op’ showing my old walking beat partner, Donnie White, and me receiving a Police Chief’s Commendation.  Lots of memories came to the surface; but interestingly, a line from Charles Dickens’ book,  A Tale of Two Cities, jumped out first.

The department was going through changes and had prioritized Community Policing, a nice way of saying, No Policing; the city wanted public relations at almost any price. I was assigned a new partner and we had little in common other than we wore the same uniform.  We were given a walking beat; if memory serves, it was about six city blocks.  Somebody working in our office had picked out a location for us to park our patrol car and even had special signs erected showing it as ‘Reserved for Police’.  It was up to us to do something positive, create goodwill among those within our assigned beat.

One of the first things my new partner and I noticed was the location they’d picked out to park our patrol car wasn’t well thought out.  We knew most of the time we’d be using it to transport shoplifting suspects from Foley’s Department store to the city jail.  That meant that if we used the spot picked out, we’d have to walk these prisoners two blocks to get to our police car.

We let our supervisors know that it would be much safer for everyone if they’d change the location and reserved a parking spot right there next to Foley’s.  We went much further in our ‘suggestions’ as we made an in-depth study of nearly every aspect pertaining to traffic flow, parking, and safety issues within our six-block area.

We got the proprietors of the businesses to review our suggestions and had them submit their approval on letterhead stationery that identified each business as being positively included in our Community Policing efforts.  In short, our supervisors considered our actions worthy of a Chief of Police Commendation.

“It was the best of times…”

Not too long after being carried through the streets of Houston on our supervisor’s shoulders, lifted up as heroes along with being handed the keys to the city… wait; that never happened…

A month or so later we noticed the limousine used by the Lamar Hotel was parked in the fire zone directly in front of that hotel.  We issued a parking ticket and didn’t think much about having done our duty.  We issued it a parking ticket almost every day for about a week, that is until our immediate supervisor approached us; asking that we ignore that particular vehicle since they, our supervisors, were having to void out the parking tickets. The owner of the Lamar Hotel was a member of the ‘good old boys club’ and didn’t appreciate being ticketed by some lowly patrol officers.

It’s difficult to explain my reaction to their ‘request’; it simply took off from there.  The department called it ‘insubordination’ and did their level best to get my partner and I fired.  I ended up with a 40-day suspension, without pay.  I suppose that was warranted since I really did tell all of the supervisors, to include three assistant chiefs, where they could put their ‘request’.

During my ‘spare time’, if that’s what it could be called, I didn’t sit around the house feeling sorry for myself.  Instead, I used locksmith skills I’d picked up from my friends at Reed’s Key Shop to begin earning a living.  I beat the pavement, so to speak, obtaining customers; visiting small used car dealers that were plentiful and always in need of a reasonably priced locksmith.

Within a very short time, I’d replaced my police paycheck with more than enough to pay regularly occurring bills.  After a bitter Civil Service fight, I was re-instated as a police officer and, at my request, transferred to a completely different assignment and began working night shift patrol.  That meant I could be a fulltime locksmith in the daytime and a police officer at night.

I used to joke that I got my four hours of sleep every day whether I needed it or not. This arrangement lasted until I completed my twenty-year hitch with the Houston Police Department and I became eligible to receive the retirement package I’d earned.

“It IS the best of times… 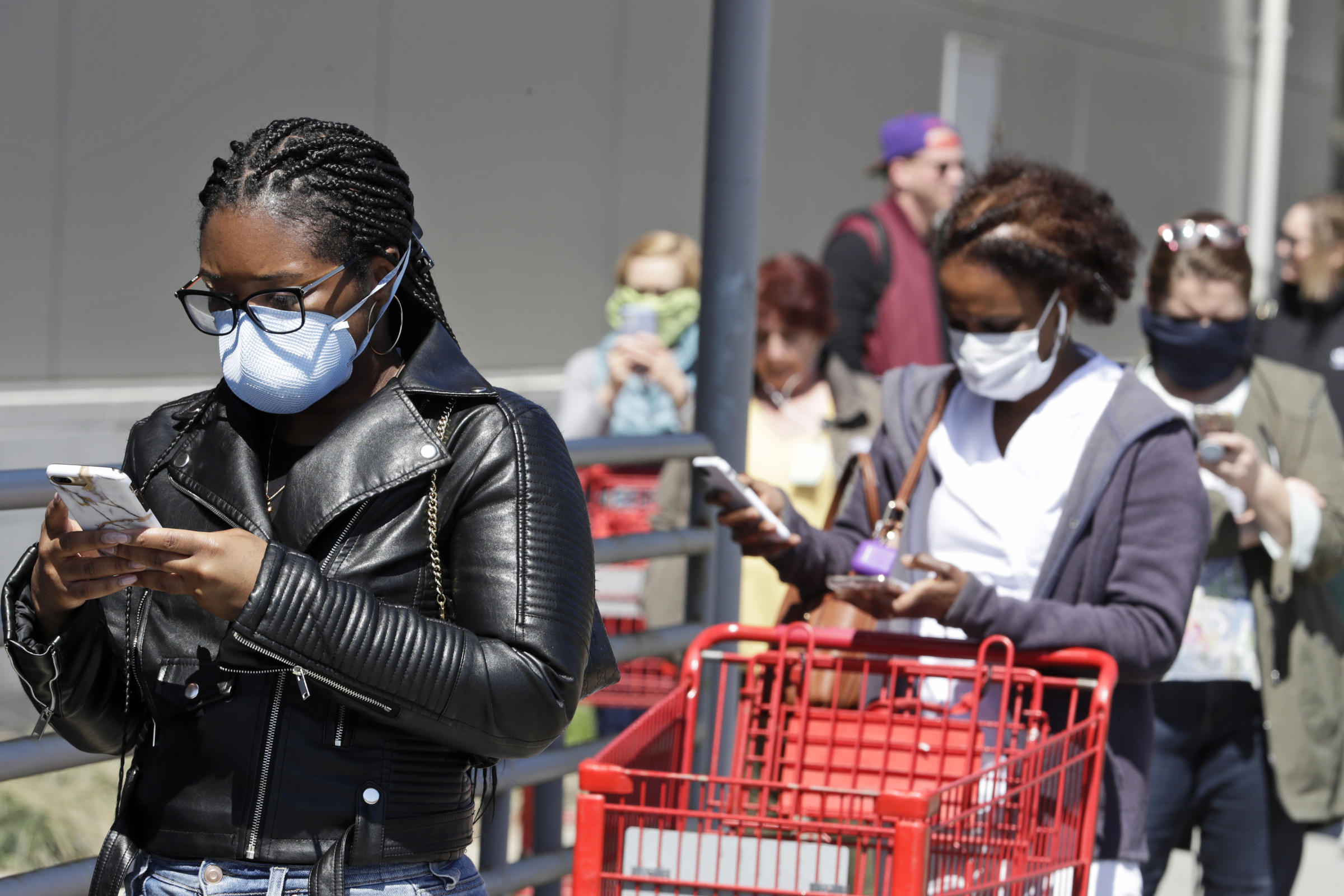 America! “I want you to get up right now and go to the window…open it and stick your head out and yell, “I’m as mad as hell and I’m not gonna take this anymore!” That is from the 1976 movie, Network.  It is the appropriate response to totalitarian governors, hellbent on keeping their constituents in lock-down bondage to further their anti-Trump agenda.

Folks, I am sick of seeing Dr. Fauci and Dr. Birx promise that if we are good, they will feed us teaspoons of our constitutional freedoms at their discretion. I am sick of TV commercials designed to frighten and shame us into obeying tyrannical governors. I am sick of TV images of exhausted health workers to sell the lie that hospitals are overwhelmed with coronavirus patients. I am sick of well-meaning people ending conversations with “Stay safe” as if a unique monster is lurking outside. I am sick of pundits saying we need to reopen America safely and responsibly as if going back to normal life is unthinkable and dangerous. Dr. Ben Carson announced that 98% of people who get coronavirus recover.

Despite all our social distancing, research shows far more people were infected than officially confirmed. This means coronavirus is no way near as lethal as we were told. Health experts say herd immunity is the best way to fight the virus. And yet, stating this scientific truth will get you branded a dangerous nutcase by the media. God designed us to deal with viruses. As usual, arrogant men (typically leftist) believe they know better than God. Meanwhile, doctors are ordered to lie about the numbers by labeling practically all deaths coronavirus. This will keep federal funding coming and Americans panicked.

Evidence confirms that the coronavirus lockdown is a political weapon for Democrats to defeat Trump in November. Fear of this flu virus also gifts them an opportunity to behave like totalitarians, freely implementing their communist agenda.

To end this insane lockdown which is crushing lives and our economy we must push back with protests, protests, and more protests.

That sound of roaring thunder you hear is the resurgence of the Tea Party. Facebook boldly announced that they will shut down pages that promote protests against the lockdown. We beat fake news media in the past and we will beat them again. Despite a media blackout in 2010, the Tea Party drew 1.7 million Americans to Washington D.C. to oppose ObamaCare. We have the power of right on our side and we will not be defeated.

While Dr. Fauci and Dr. Birx enjoy their comfortable elitist lifestyles, I hear horrific tales of Americans afraid and suffering; dying not from the virus, but the related stress. Corona-madness has caused suicides to skyrocket.  A Maryland friend said 20 cars were broken into in her middle-class neighborhood. People are becoming desperate. The irresponsible promotion of fear has neighbors feuding; mask wearers vs non-mask wearers. Neighbors are ratting on those who do not obey social distancing. Are we all experiencing an episode of the “Twilight Zone” in which Nazi tyrants have taken over our country?

The American people are good, decent, and fair-minded. They consented to sheltering-in-place because we were told two million Americans would die if we did not. Now that health experts and researchers have ripped the mask off the fake news-media-created coronavirus crisis, Americans are demanding their constitutional freedoms back. They want to return to their normal lives. Their desire is neither stupid, irresponsible, or crazy.

As we rebel against this strategic, evil lockdown, please keep our president in your prayers. His heart’s desire is to reopen America asap. Democrats and fake news media behaviorally say, “Screw the American people!” We will demand that the country remain locked down to election day. We will say everything Trump does regarding coronavirus is wrong, crazy, incompetent, and deadly. Democrat and fake news media are pure evil domestic terrorists.

Coronavirus has given Democrats a taste of unbridled power. They ain’t gonna give that up. This is why We the People must unite and engage in a nationwide revolt. We must take back our country!

Democrats and fake news media routinely launch a false narrative and bully us into surrendering to it. Their latest unscientifically proven narrative says social distancing is the responsible way to deal with coronavirus. Health experts and scientists who dare to disagree are severely bludgeoned 24/7; bloodied by TV talking heads and social and legacy media. Then, they are dragged into the high-tech public square to be humiliated and seared with a hot branding iron, marked for life as stupid, a hater, and dangerous. We have repeatedly seen them implement this brutal tactic.

Democrats can hardly contain their joy over the power coronavirus has given them to finally implement Obama’s failed “transformation of America” into a socialist/communist country. It is our sacred and patriotic duty to forcibly push the brake peddle; fight to defend our Constitution and make America great again. In the words of our 9/11 hero, Todd Beamer, “Let’s roll!”