Department of Justice
Office of Public Affairs
FOR IMMEDIATE RELEASE
Monday, May 18, 2020 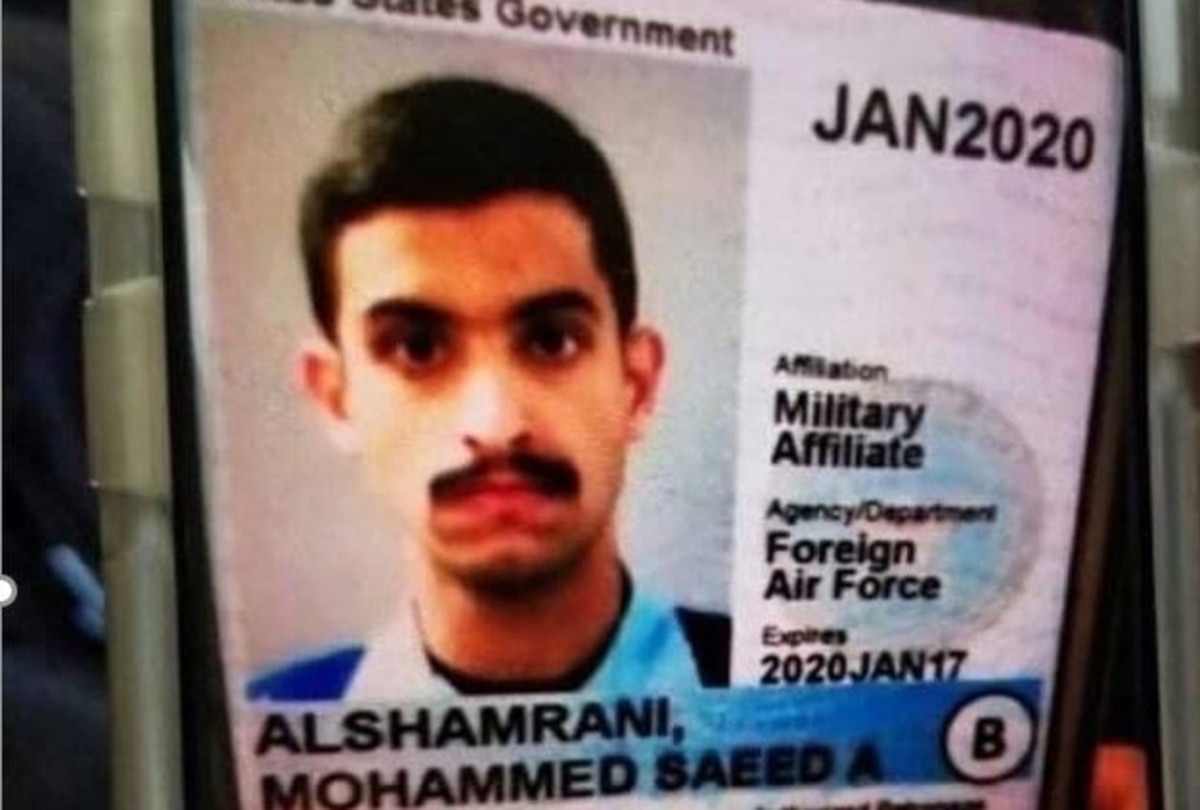 Today, Attorney General William P. Barr and FBI Director Christopher Wray announced significant developments in the FBI’s investigation of the December 6, 2019 shooting at Naval Air Station Pensacola that killed three U.S. sailors and severely wounded eight other Americans.  On January 13, 2020, Attorney General Barr announced that the shooting was an act of terrorism and publicly asked Apple to help the FBI access the locked contents of two iPhones belonging to the deceased terrorist Mohammed Saeed Alshamrani.  The company declined to do so.

Attorney General Barr announced that the FBI recently succeeded in unlocking the phones of Alshamrani, who had attempted to destroy them while launching his attack.  The phones contained important, previously-unknown information that definitively established Alshamrani’s significant ties to Al Qaeda in the Arabian Peninsula (AQAP), not only before the attack but before he even arrived in the United States.  The FBI now has a clearer understanding of Alshamrani’s associations and activities in the years, months, and days leading up to the attack.

“Thanks to the great work of the FBI – and no thanks to Apple – we were able to unlock Alshamrani’s phones,” said Attorney General Barr.  “The trove of information found on these phones has proven to be invaluable to this ongoing investigation and critical to the security of the American people.  However, if not for our FBI’s ingenuity, some luck, and hours upon hours of time and resources, this information would have remained undiscovered.  The bottom line: our national security cannot remain in the hands of big corporations who put dollars over lawful access and public safety.  The time has come for a legislative solution.”

“I could not be prouder of the relentless dedication of the men and women at the FBI who worked for months under difficult conditions to access these devices,” said Director Wray.  “Their skill and persistence, and the sustained investigative efforts by FBI Jacksonville, the FBI’s Counterterrorism Division, and our many other federal, state, and local partners, have been nothing short of extraordinary in this case.  As we continue to seek answers around the December 6th terrorist attack that killed three American service members and wounded others, I want their families, and all Americans, to know that protecting the United States from those who seek to do us harm remains the FBI’s foremost priority.  Our work against the threat of terrorism never rests.”

Investigators sought and received court authorization to search the contents of Alshamrani’s iPhones within one day of the December 6, 2019, terrorist attack.  Unable to unlock the phones because of their security features, and having exhausted all readily available options, the FBI approached Apple for its assistance in early January 2020.  The company declined to assist.  FBI technical experts succeeded in accessing the phones’ contents over four months after the attack, revealing highly-significant evidence, including:

The evidence derived from Alshamrani’s unlocked phones has already proven useful in protecting the American people.  In particular, a counterterrorism operation targeting AQAP operative Abdullah al-Maliki, one of Alshamrani’s overseas associates, was recently conducted in Yemen.

Today, the Department of Justice and the Federal Bureau of Investigation announced additional findings about the shooting on Dec. 6, 2019 at Naval Air Station Pensacola. This was a tragic day for our military and our deepest condolences are still with the friends and families of Ensign Joshua Watson, Airman Mohammed Haitham, Airman Cameron Walters, and with the eight others wounded in this terrorist attack.

The new information provided by Director Wray and Attorney General Barr underscores the threats to our nation posed by al-Qa’ida and its affiliates and highlights the necessity of the security measures we take every day to protect the American people, our interests and our friends – as well as those that defend our nation.

”The Department of Defense is incredibly grateful for the diligent work by the FBI team investigating this horrific attack that took the lives of three American patriots,” said Secretary of Defense Dr. Mark. Esper. ”Based on the FBI findings, and in addition to already executed protective measures, the Department will take further prudent and effective measures to safeguard our people.”

In response to this terrorist attack, the Department of Defense took immediate action, ordering a stop to all International Military Student operational training at U.S. installations and directing a review of all vetting and security procedures. In January Secretary Esper went to Pensacola and met with Navy leadership, and with flight training students and first responders to hear first-hand the accounts of those on the scene. Within two weeks of the tragedy, the Secretary approved an extensive list of findings and recommendations and directed immediate implementation across all the military Services. These include additional measures for background checks and new physical security procedures, specifically:

We continue to work with the FBI as they uncover more information pertaining to the terrorist, his links with al-Qa’ida, and the methods he used to conceal this from us. At the same time, we continue to review our procedures to identify any additional vetting and security measures we can adopt.

Despite this tragic event, our military partnerships and the international military student program remain strong and are a vital component of our National Defense. Security cooperation directly contributes to U.S. national security and foreign policy objectives by helping allies and partners improve their defense capabilities and enhance their ability to participate in missions alongside U.S. forces. We will continue to work closely with them to counter the threats of international terrorism and protect our freedom.