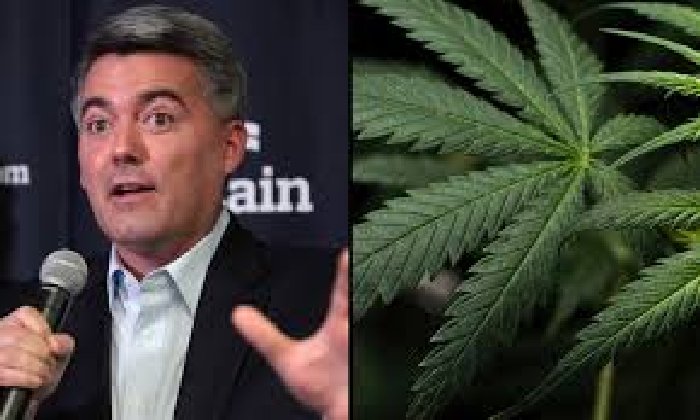 The Soros-funded American Bridge organization notes that Democrats only need to win four seats to take back the majority in the Senate and claims that, right now, Democrats are tied or leading in eight. It says, “Mitch McConnell is in danger of losing his seat, and Democrats are surging in Arizona, Colorado, Iowa, Maine, Montana, North Carolina, and South Carolina.” Colorado is perhaps the most interesting race, as the incumbent Republican Senator, Cory Gardner of Colorado, is running for re-election as a “common-sense conservative” who serves the needs of the marijuana industry and the potheads who depend on it.

Attorney David Evans, Senior Counsel to Cannabis Industry Victims Educating Litigators (CIVEL), stated that “Many of us, including physicians, have communicated with Gardner or his staff over the years to inform them about the damage that marijuana is causing to our public health and safety and our kids. Mothers who have lost children to marijuana addiction or marijuana-related suicide or mental illness have joined us in this effort. Despite knowing the damage that he is causing, Gardner has time and again chosen the pot industry over our health and our kids. I am a conservative and I am ashamed of him. He is a pot whore.”

Those unfamiliar with Gardner’s dependence on the dope industry should take a few moments to review the Politico story, “Cory Gardner’s marijuana problem,” about how the Senator is trying to persuade his Senate Republican colleagues to back his quest for passage of federal marijuana banking legislation. The piece reveals how Gardner is a marijuana zealot, something you would expect from someone with a financial interest in the industry.

The prospect of big money changing hands is what the FBI is now openly warning about in a podcast on corruption in the marijuana industry. The FBI podcast discusses bribes for politicians stemming from expensive licenses to operate pot shops where they grow and sell drugs.

The Politico story, which fails to emphasize in any way the dangers of marijuana, wonders if Gardner can somehow get marijuana banking legislation passed so that the industry can expand its profits and the number of pothead users. That’s how more money is made – addiction. It a product that brings the customers coming back for more.

Gardner’s “Marijuana Moment” is all about passing this legislation so that the Big Marijuana movement, initially backed by Democratic Party donor George Soros, can expand into the Republican Party and back Gardner for re-election this fall. It’s all a pipe dream. Conservatives are deserting Gardner in droves.

Gardner seems unconcerned that House Speaker Nancy Pelosi’s House of Representatives was ridiculed for loading up a stimulus bill with 68 pro-cannabis references. The bill, called the Heroes Act, was dead on arrival in the Senate, and Senate GOP leader Mitch McConnell wondered why the legislation emphasized the “health” of the marijuana industry over the health of American workers thrown out of their jobs by the China virus.

Gardner’s aides are quoted as saying he’s doing his best for the dopers but keeps running into roadblocks.

However, there is a ray of light. “Last week,” the article said, “he [Gardner] met with top White House adviser Jared Kushner to tout cannabis banking as a tool for economic recovery, said a friend of Gardner’s and two lobbyists.” Kushner is Trump’s son-in-law and regarded as liberal on marijuana issues.

While cable channels like CNBC hype “pot stocks” as money makers, treating dope as helpful to “economic recovery” sounds like something out of Aldous Huxley’s Brave New World, where the drug Soma was prescribed for the obedient population. it’s how “progressives” recruit hopeless and homeless people into an army of addicts ready to vote for the likes of AOC and Bernie (and even Joe Biden, who is now pro-marijuana).

Is this a viable path forward for Republicans?

Judging by the Politico story, most Republican Senators reject that approach and recognize Gardner as a loser who is desperate to please the marijuana industry so that he can reap the “benefits” in the form of campaign contributions.

The state of Colorado, the base of the Big Marijuana industry, is trending blue, the author tells us, but “blue” is really green, meaning marijuana money and plants to harvest and smoke. This is a case study of how an industry that depends on addicting people to a mind-altering substance can take over a state and make its Democratic Party and even some Republican politicians into mindless slaves.

Gardner campaign spokesman Meghan Graf is quoted in the piece as assuring the dope lobby that Gardner will continue to work to make it easier for marijuana businesses to get easy access to tons of money through the national banking system. In effect, he wants to make it easier to launder drug money, since the drug is still illegal on the federal level.

The Senator seems to have a single-minded focus, even fixation, on pleasing the dope masters in Colorado and nationwide. The National Cannabis Industry Association is based in Colorado, with a government and media relations staff working out of its Capitol Hill office in Washington, D.C.

The false advertising by Gardner, whose Senate re-election website touts him as a “Common Sense Conservative,” is evident. He says he must win this November in order to protect the Republicans’ Senate Majority but the polls show him down by as many as 18 points to his likely Democratic Party opponent, former Colorado Governor John Hickenlooper. Gardner is drawing only 36 percent, a reflection of the fact that many conservative Republicans won’t even support him.

Politico reported that Gardner’s campaign declined to make him available for an interview “but encouraged a number of emissaries from the cannabis industry to reach out” to the publication “and make the case for his value as an industry ally.”

In effect, Gardner is pleading with people to support the dope who protects the dope. No wonder Republican Senators are balking at such a pitch.

Gardner must know in his heart and “soul” that he is destined to lose the seat and that he will bounce back next year as a lobbyist for Big Marijuana. That is the only explanation that makes any sense. Like former Republican House Speaker John Boehner, who became a pot lobbyist, Gardner can provide an additional Republican veneer to a movement started by Soros. So Gardner will go through the motions of running for re-election, knowing that his goose is cooked.

The problem for President Trump is that this may guarantee that Trump will lose the state as well, as conservative turn-out is depressed and many decide to eventually escape the cannabis hell-hole of Colorado after not voting for Gardner. It’s just common sense.