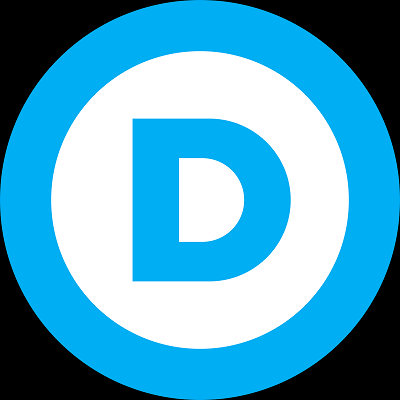 Dear American Family: For decades, my black family and friends have viewed me as the weirdo who votes for Republicans.

At our annual family Christmas gathering a few years before he died, my dad, Dr. Rev Lloyd E. Marcus, instructed them to follow me as the new leader.  I heard through the grapevine that most of them disapprove of my politics.  At family events, I am pleasant and keep conversations non-political.  Still, they read my articles posted on social media and the internet.

The vast majority of my family and friends profess Christianity.  And yet, everything I have written and told them on occasion about Democrats’ anti-biblical agenda has not broken their loyalty to the party.

They ignore the fact that their party worships Planned Parenthood, which targets black babies and profits greatly from selling dead-baby body parts.  Recently, Democrats have been pushing legislation to abort healthy babies after they are born.

I learned that relatives are posting propaganda on Facebook in support of the George Floyd rioters.  Despite living successful racism-free lives, they have bought the Democrats’ and fake news media’s absurd lie that America is a hellhole of racism, where blacks are routinely murdered by police.  This made me sad and a bit lonely.

At the root of my sadness is the fact that my black family and friends are disciples of the Gospel of Democrats and Fake News Media.  Whatever these two wicked entities tell them, they believe.  God says allowing someone or something to trump His word is idolatry.

Eagles fly alone.  “All that will live godly in Christ Jesus suffer persecution” (2 Timothy 3:12).  Christians are martyred around the world.  Therefore, complaining about deceived fellow blacks disapproving of my politics is hardly worth mentioning.

Still, it is extremely frustrating that neither facts nor common sense seems to penetrate my family’s and friends’ blind loyalty to the far-left-extremist, hate-generating, anti-Christian, and anti-American Democratic Party.

They perceive everything they see and hear on TV from Democrats and fake news media as the gospel truth.  For example, they believed the lie that catching COVID-19 is a death sentence.  They stayed at home, wore masks, and trashed anyone who did not.  I told them that COVID-19 has a 98% recovery rate.  Once again, I was viewed as an Uncle Tom, siding with mean Republicans who want to reopen America, which will cause a gazillion Americans, mostly black, to die.  By the way, a 65-year-old relative recovered from COVID-19.

Democrats and fake news media are exploiting the tragic death of George Floyd in an attempt to stop Trump’s re-election.  Insidiously, they are overwhelming the airwaves with lies about Trump, white America, and the police.  My family and friends are embracing every lie as a gospel.  Presenting them with facts and data has had no effect in changing their minds.  The Bible speaks of those who prefer to believe lies rather than truth.

Families across America are dealing with the same frustrating situation that I am challenged with.  Their kids have been indoctrinated by extreme leftist, anti-American, and anti-Christian Hollywood celebs and media figures.  How do you break their brain-dead zombie control of young idealistic minds?  I believe that the answer is prayer and faithfully continuing to tell youths the truth about issues.

God’s word promises, “And let us not be weary in well doing: for in due season we shall reap if we faint not.  As we have therefore opportunity, let us do good unto all” (Galatians 6:9).

Outrageously, Antifa terrorists are demanding that whites kneel in worship to Black Lives Matter, begging forgiveness for being born white.  Folks, this is evil beyond belief.

We must stand together as Americans while praying for God’s strength to be like Daniel in the Bible.  Tell the Democrats, fake news media, Antifa, and Black Lives Matter that we “ain’t” kneeling or worshiping their vile false gods of social justice, socialism, and communism.