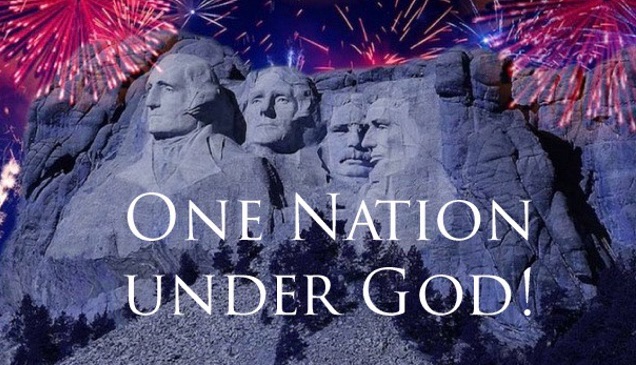 I was stunned to see Christian political activist Ralph Reed say America should launch a civil rights agenda.  What the heck is brother Reed talking about?  America gifted the first black president two terms.  Oprah is worth $2.6 billion.  Reed’s opinion is a perfect example of the deceptive power of fake news media.  Anyone watching TV these days could easily conclude that blacks are suffering the same racial injustice they did in the 1950s.  This is an outrageous lie promoted by Democrats and fake news media.

During his speech, Trump called BLM a domestic terrorist hate group and vowed to stop it from dismantling America.  Trump is the most powerful voice of the free world.  By promising to stand up for America, Trump gave terrified corporations permission to stand up for America with him.  Perhaps now we will not see so many corporations on their knees in worship to BLM thugs.

Two: Trump confirmed to Americans that he will preserve our way of life.

For weeks, Americans have watched fake news media cheering on and Democrat governors and mayors allowing anarchists to assault, murder, and vandalize, costing billions.  We the People desperately needed to hear our president say he will no longer put up with their crap.  By declaring that he will preserve our way of life, Trump may have won his reelection.

Sadly, we have allowed anti-American school boards to dumb down students regarding U.S. history for decades.  So it was wise for President Trump to share history about the four outstanding Americans featured on Mt  Rushmore.  Millennials were probably hearing these truths about our heroes for the first time.

Millions continue to be deceived by the relentless lies of fake news media.  Therefore, I love that Trump exploits every opportunity to expose them.  Fake news media are like “Terminator” robots programmed to falsely accuse and seek and destroy Trump 24/7.  It is truly amazing, folks.

Some conservatives/Republicans are still uncomfortable with Trump’s tweets and pushback.  I thank God for Trump’s don’t-mess-with-me New Yorker instincts.  God prepared and gifted us Trump for such a time as this.  A standard Washington, D.C. Republican politician would not have survived the unprecedented ongoing silent coup to remove him from office.  Without Trump, religious liberty and a long list of constitutional freedoms would be long gone.  Without Trump, Democrats would be expanding the killing of healthy born babies.

If Biden wins the presidency, don’t be surprised if he implements “National Kneel to BLM Day” along with new taxes on whites to give blacks reparations.

After Trump’s Mt. Rushmore speech, I turned to MSNBC, where they described Trump’s speech as him “picking a fight.”  So Trump calming and reassuring terrified and dispirited Americans that he will not allow BLM thugs to assault and murder them in their homes — burn down homes and tear down monuments is deemed “picking a fight” by MSNBC.  Wow!  These people are sick and evil, and they must be dealt with.  Their lies and aggressive 24/7 activism to generate racial hate, divide Americans, endanger Americans, and destroy our country must no longer go unpunished.

Nevertheless, I feel excited, hopeful, and grateful.  Incredibly, despite the Democrat governors and mayors and fake news media’s best effort to use Chinese flu hysteria to destroy Trump’s unprecedented booming economy, our economy is roaring back.  Awesome!

Only under Trump could this remarkable economic comeback happen.  I am so grateful to have this man in the Oval Office.  Trump is courageously leading the charge against BLM domestic terrorists.  He has vowed to preserve and restore this exceptional experiment we know and love as America.  And folks, I wholeheartedly believe him.