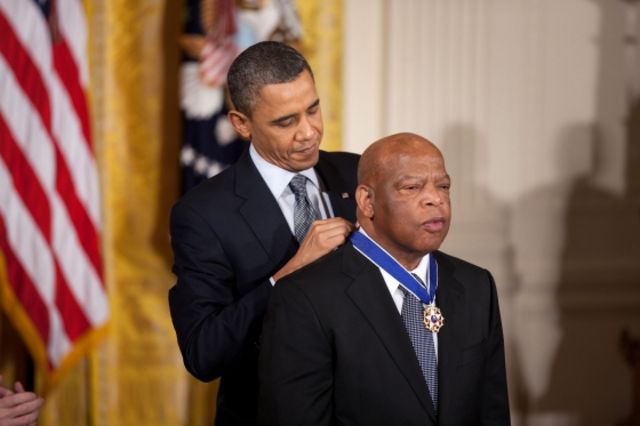 President Trump is running out of time to save his presidency. The last thing he wants to do is go down in history as the last Republican president, followed by a socialist one-party state. But these are the stakes, as he replaces his campaign manager, a move that reflects his desperation as the November 3 election approaches.

The Washington Examiner says this effectively means that Trump’s liberal son-in-law, Jared Kushner, is in charge. The paper said, “The president’s senior adviser and son-in-law have attracted the ire of the more conservative wings and the Bannonite, America First cadre of the Trump coalition. They believe he has dragged the president into more liberal positions — pushing through criminal justice reform, for example — while failing to understand the base of ‘deplorables’ who elected Trump in 2016.”

Kushner was a former business partner with George Soros and brought “former” communist Van Jones into the White House to work on “criminal justice reform” and “police reform.” Jones, who had been deeply involved in a Marxist group, Standing Together To Organize a Revolutionary Movement (STORM), had resigned under fire from his White House job in the Obama Administration.

The new “official” Trump campaign manager is Bill Stepien, whose dubious credentials include serving as the national director for John McCain’s failed 2008 presidential campaign. McCain lost to Barack Hussein Obama because he failed to expose Obama’s Marxist and Muslim sympathies.

Joe Biden’s handlers, including Obama, are growing more radical, now proposing to abolish “shareholder capitalism” and “transform” the nation. Analyst Kevin Freeman says about Biden’s call for transformation, an echo of what Obama promised, that “It is a full-on dog-whistle of intention for progressive leftists (aka Marxist Revolutionaries).” He adds, “This is not a mindless statement from a benign old man facing dementia. This is the sole and entire purpose of the left and the intent goes far beyond simply minor course corrections in policy.”

This is the kind of analysis that Trump needs to hear. But many are skeptical that Kushner or Stepien will provide it – or that Trump will act on it. Some cite Trump’s reluctance to fire Dr. Anthony Fauci for his contradictory, misleading, and deadly advice about the coronavirus.

How the China virus has become a vehicle for socialism has been revealed by the South African Communist Party, in the new issue of their journal, African Communist, in an article about exercising total government control over peoples’ lives. The title is, “We welcome decisive state power on Covid-19!”

The South African Communists, who rule South Africa through a coalition government led by the African National Congress, make some important observations, such as that the coronavirus gives the state the ability “to restrict travel and other personal freedoms, and still receive widespread social support…”

Under these circumstances, the communists argue, state power can be used to intervene actively in other areas of human life, such as taking direct ownership of various industries.

Here, the virus provides the springboard for what Obama and now Biden are calling the “transformation” of the United States and what is articulated in the “Biden-Sanders Unity Taskforce Recommendations.” It’s an open alliance with socialists and communists, the same kind of coalition ruling South Africa today.  Not surprisingly, former CPUSA official Angela Davis says she’s backing Biden because he “can be most effectively pressured” by the left. (Interestingly, she made these statements on Russia Today television).

She explained, “Biden is far more likely to take mass [i.e. communist] demands seriously — far more likely — than the current occupant of the White House.” She added, “…we will have to campaign for and vote for Biden.”

At this critical point in history, it’s important to understand how and why John Lewis is being transformed into a “civil rights icon,” even by conservative pundits, and what this means for the election campaign.

Although his civil rights activism gets the attention, he came under the influence of revolutionary forces when he wrote a 1965 article for the publication Freedomways that was entitled, “Paul Robeson: Inspirer of Youth.” It was about the famous black actor and singer who had been a member of the Communist Party USA and admirer of Soviet dictator Joseph Stalin.

“He [Robeson] talked and listened to the representatives of the Communist Party,” wrote Lewis, then national chairman of the Student Non-Violent Coordinating Committee (SNCC). “In many ways,” he wrote, “we of SNCC are Paul Robeson’s spiritual children.”

Freedomways, which was influential in the black community for decades, was subsidized by the Soviet and Chinese Communist Parties.

Former CPUSA official Manning Johnson testified in 1949 that he saw Robeson “a number of times in the headquarters” of the CPUSA and that Robeson was, in fact, a party member. Johnson said Robeson wanted to be “the Black Stalin among Negroes.” Johnson testified, “Paul’s assignment was to work among the intellectuals, the professionals, and artists that the party was seeking to penetrate and influence along Communist lines.”

Freedomways, the communists, and their fellow-travelers continued to make inroads in the black community.

It was Lewis, citing bogus claims of Russian interference in the 2016 election, who said that he didn’t see the election of Donald Trump to be “legitimate” and that he would be skipping the presidential inauguration. Before that, Lewis and his Congressional Black Caucus colleagues had claimed in 2010 the N-word had been “shouted” at him by Tea Party members when no camera recorded anything of the sort. Andrew Breitbart had promised $100,000 to anyone who could prove the epithets had been used.

Until Trump and his aides are ready to tell the complete truth about those posing as crusaders for “social justice,” we will not fully understand how black Americans are being deceived and manipulated into being shock troops for the communist revolution now underway in America. 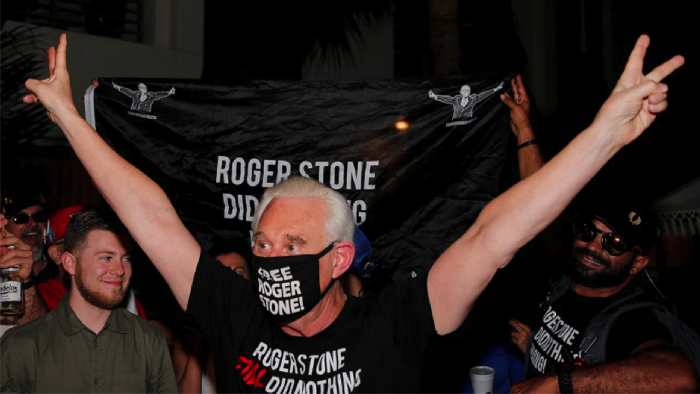 The “Stone” in the headline referred to Roger Stone, a longtime associate of President Trump who was sentenced to 40 months in prison two years ago for lying to Congress, among other counts, during the failed fiasco of the Mueller investigation into the non-existent collusion of then-candidate Trump with Russian operatives to rig the 2016 election in his favor.

Stone, now 67, was arrested in a predawn raid on his home by a heavily armed SWAT team, a saga that was “coincidentally” caught by a CNN camera crew who just happened to be parked outside his home at 4 a.m. Imagine that.

According to Jan Wolfe from Reuters, Stone had connections to the WikiLeaks website, which released damaging emails about Trump’s election rival Hillary Clinton. Uh oh… can’t have those damning e-mails released. Hence the sadistically harsh sentence––the original recommendation was seven-to-nine years––and the brouhaha about Stone’s commutation.

Of course, the leftwing media were “outraged,” “shocked,” “appalled” at President Trump’s miscarriage of justice, although interestingly the president didn’t issue a full pardon, so the felony conviction of Mr. Stone still stands, as does his appeal.

But you would think, as reported by investigative journalist Mark Hyman, that he had just pardoned two-dozen FALN Puerto-Rican terrorists who murdered at least 24 people.

Or commuted the 58-year sentence of far-left terrorist Susan Rosenberg after only 16 years. It is so consistent with her hate-America mindset that today, Rosenberg is a member of the board of directors for the left-wing group that handles the donations made to the Marxist-front organization, Black Lives Matter (BLM).

Or pardoned Marc Rich, who renounced his U.S. citizenship, traded illegally with Cuba, did business with Iran while it held 52 U.S. hostages, and with Libya which was responsible for the Pan Am 103 bombing that killed 189 Americans.

A FATAL ATTRACTION TO MISCREANTS

Oops, that was President  Bill Clinton. Just before good ole boy Bill issued the pardons, Rich gave $450,000 to the Clinton Library and his wife Denise donated over a million dollars to the Democrat Party and the Clinton Foundation. Imagine that.

But there is more. According to Spectator journalist Hyman, “the 56 clemency petitions Clinton approved during his first term were the fewest of any president since Thomas Jefferson, the nation’s third commander-in-chief, who issued a mere 45 clemencies. Consider Jefferson’s clemencies were given when the U.S. had a population of only 5 million compared to the 285 million during Clinton’s first term.”

But everything changed when Hillary decided to run for U.S. Senator from New York. After her decision, Hyman says, “Bill doled out 380 pardons and commutations. Clemency was dished-out in return for money, gifts, and influence…Hillary stockpiled financial and political IOUs and cashed-in when she ran for political office, including the presidency.” Imagine that.

Again, not one word of outrage from the craven media.

Many of Barack Obama’s pardons and commutations were for drug dealers and violent offenders. He pardoned Chelsea (formerly Bradley) Manning, the traitor who leaked hundreds of thousands of sensitive documents to WikiLeaks and was convicted and sentenced to 35 years in prison. He pardoned the convicted terrorist Oscar Lopez Rivera, the leader of the FALN, responsible for 130 attacks in the U.S., who was serving a 70-year sentence when Obama set him free, the list is long. That is the very, very shortlist.

Remember the media’s indignation? Me neither.

But Stone’s mortal sin was that he lied to––guess who?––the proven pathological liars in the Obama regime’s FBI, CIA, DOJ, et al, who were trying to frame candidate and then President Trump. Nothing less than the guillotine for him!

Well, whaddaya know? The entire uproar is already off the radar as the corrupt media are now back to:

ARE THE TABLES TURNING?

The vast American public out there already knows of the Democrats’ double standards.

They see the breakdown of law and order in Democrat-run cities and its encroachment into the suburbs and don’t want any of that wanton violence in their state, city, or the block they live on.

Even Regressives are horrified by the No-Bail laws enacted by Democrat legislators when they see that the psychopathic criminals who are setting cars on fire and committing violent assaults walk free, as did the thugs who attacked and smashed the faces of high-ranking police officials in NY City the other day.

And they are watching Joe Biden’s rapid and pitiful devolution.

On the positive side, President Trump is opening up America and, happily, the Democrats themselves are now waking up! According to an article in The New York Times, “Two-thirds of battleground state voters who chose Trump in 2016 but selected Democrats in the midterms say they will return to the president” [in 2020].

Joan Swirsky is an award-winning author and journalist. Her work can be found at joanswirsky.com. 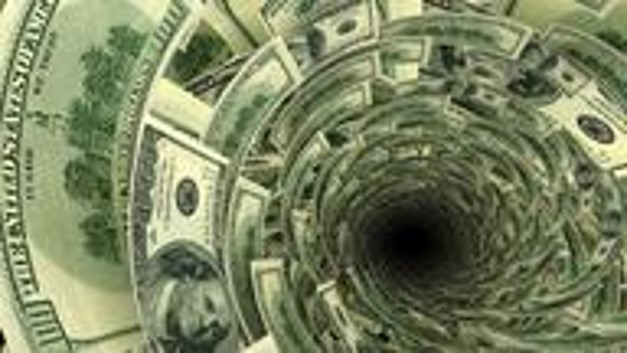 You know what they say about making hay when the sun is shining, right? So, with our Federal Reserve printing money like there is no tomorrow, you may want to work your ass off even if it’s cloudy.