In recent months, perhaps years, we have witnessed how China is a major threat to our national security. What we don’t know is the depth and width of that threat matrix but the Trump administration is for sure addressing the issues as fast as they can.

The theft by the Chinese Communist Party of intellectual property appears to have no limit and hence the cost cannot be determined either. Below are just a few items of interest that prove the points above:

1. (Reuters) – The U.S. Justice Department on Tuesday indicted two Chinese nationals over their role in what the agency called a decade-long cyber espionage campaign that targeted defense contractors, COVID researchers, and hundreds of other victims worldwide. U.S. authorities said Li Xiaoyu and Dong Jiazhi stole terabytes of weapons designs, drug information, software source code, and personal data from targets that included dissidents and Chinese opposition figures. They were contractors for the Chinese government, rather than full-fledged spies, U.S. officials said. An unnamed “UK artificial intelligence and cancer research firm” was on the list of 25 victims released by the US Department of Justice.

2. The United States ordered the Chinese government and diplomatic staff to shutter the Chinese consulate located in Houston and to leave the country in 72 hours. In a Tweet by Senator Marco Rubio:“# The Chinese Consulate in Houston is a massive spy center, forcing it to close is long overdue,” he said, describing it as a “central node” of the Chinese Communist Party’s spy operations. .“It had to happen,” he tweeted. (locals called the fire department to report a fire at that location, but upon arrival found they could not enter sovereign land and it was merely Chinese personnel burning documents) 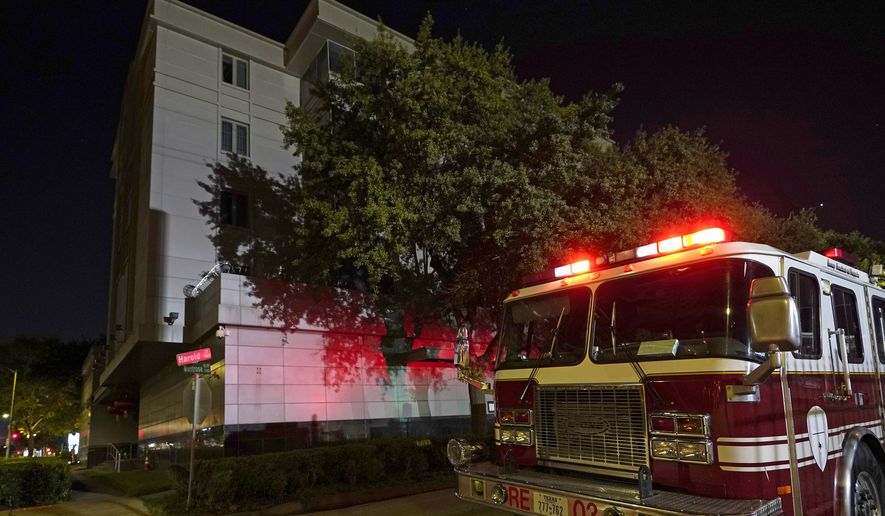 Chinese foreign ministry spokesperson Wang Wenbin said during a news conference Wednesday that “the unilateral closure of China’s consulate general in Houston within a short period of time is an unprecedented escalation of its recent actions against China.”He warned of firm countermeasures if the U.S. does not reverse itself. Besides its embassy in Beijing, the U.S. has five consulates in mainland China, according to its website. They are in Shanghai, Guangzhou, Chengdu, Wuhan, and Shenyang.

3. In 2015, a Chinese company acquired Texas oil fields in a $1.3 billion deal where Yantai Xinchao acquire oil assets in the western Texas Permian Basin that are currently owned by Tall City Exploration and Plymouth Petroleum. The deal is part of a larger transaction between Yantai Xinchao and a second Chinese firm. The purchase, which includes oil fields in the state’s Howard and Borden counties, has already been approved by the U.S. Committee on Foreign Investment, the filing said.

4. China (CNOOC) has increasingly been looking to the Americas for raw materials it needs to sustain the boom. As private investment dwindled with the global financial crisis, the cash-flush Chinese went on a regional shopping spree. Noted in 2018: — Goldman Sachs (GS) said it would create a $5 billion fund with China Investment Corporation, the country’s sovereign wealth fund, to invest in US companies.
— Qualcomm (QCOM) signed $12 billion in non-binding deals to supply semiconductors to Chinese smartphone brands Xiaomi, Oppo, and Vivo.
—Sinopec (SHI), China’s state-owned oil and gas company, said it would explore an investment of up to $43 billion in Alaska’s energy sector.
— China Energy Investment Corp., which is also state-owned, signed a non-binding agreement with the state of West Virginia to invest nearly $84 billion in shale gas and chemical manufacturing projects.
— Boeing (BA) announced that it would sell about $37 billion worth of planes to a government holding company that buys jets for state-owned carriers such as Air China and China Southern Airlines.

5. Perhaps worst of all is Nike and Apple. Why? Slave labor known as Uighurs. Per the Australian Strategic Policy Institute in part: The Chinese government has facilitated the mass transfer of Uighur and other ethnic minority1 citizens from the far west region of Xinjiang to factories across the country. Under conditions that strongly suggest forced labor, Uighurs are working in factories that are in the supply chains of at least 83 well-known global brands in the technology, clothing, and automotive sectors, including Apple, BMW, Gap, Huawei, Nike, Samsung, Sony, and Volkswagen. This report estimates that more than 80,000 Uighurs were transferred out of Xinjiang to work in factories across China between 2017 and 2019, and some of them were sent directly from detention camps. The estimated figure is conservative and the actual figure is likely to be far higher. In factories far away from home, they typically live in segregated dormitories, undergo organized Mandarin and ideological training outside working hours, are subject to constant surveillance, and are forbidden from participating in religious observances. Numerous sources, including government documents, show that transferred workers are assigned minders and have limited freedom of movement. (gotta wonder where former NFL quarterback Colin Kaepernick is now right?) –>Since 2017, more than a million Uighurs and members of other Turkic Muslim minorities have disappeared into a vast network of ‘re-education camps’ in the far west region of Xinjiang, in what some experts call a systematic, government-led program of cultural genocide. Inside the camps, detainees are subjected to political indoctrination, forced to renounce their religion and culture, and, in some instances, reportedly subjected to torture. In the name of combating ‘religious extremism’, Chinese authorities have been actively remolding the Muslim population in the image of China’s Han ethnic majority. The ‘re-education’ campaign appears to be entering a new phase, as government officials now claim that all ‘trainees’ have ‘graduated’. There is mounting evidence that many Uighurs are now being forced to work in factories within Xinjiang. This report reveals that Chinese factories outside Xinjiang are also sourcing Uighur workers under a revived, exploitative government-led labor transfer scheme. Some factories appear to be using Uighur workers sent directly from ‘re-education camps’.The Australian Strategic Policy Institute (ASPI) has identified 27 factories in nine Chinese provinces that are using Uighur labor transferred from Xinjiang since 2017. Those factories claim to be part of the supply chain of 83 well-known global brands. Between 2017 and 2019, we estimate that at least 80,000 Uighurs were transferred out of Xinjiang and assigned to factories through labor transfer programs under a central government policy known as ‘Xinjiang Aid’ (援疆).