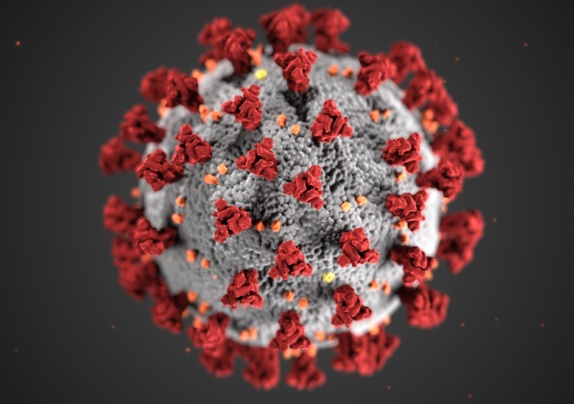 Since the beginning of the coronavirus pandemic, the Chinese Communist Party has desperately tried to convince the world that SARS-CoV-2, the coronavirus responsible for COVID-19, was naturally transmitted from animals to humans.

That is, SARS-CoV-2, over time, naturally mutated in animals until it attained structures capable of infecting humans.

A new scientific study, however, demonstrates that SARS-CoV-2 could not have “jumped” from animals to humans in the way China claims because it is probably incapable of infecting bats or pangolins (scaly anteaters), the only two animal hosts that could have harbored the virus.

The closest ancestor to SARS-CoV-2 so far identified by China’s Wuhan Institute of Virology is the bat RaTG13 coronavirus with over 96% identity at the genomic level.

Besides bat coronaviruses, two pangolin coronaviruses share up to 90% and 85.2% sequence identity with SARS-CoV-2.

It is important to note, however, that, while SARS-CoV-2 appears to be of bat ancestry, there is still no definitive evidence of an intermediate host, such as pangolins, that could have transmitted the virus to humans.

When asked about the possibility of pangolins being the SARS-CoV-2 host, Dr. Ralph Baric, a coronavirus expert from the University of North Carolina, in a March 15, 2020 interview, stated pangolins were not the source.

“Pangolins have over 3,000 nucleotide changes – no way they are the reservoir species [for SARS-CoV-2], absolutely no chance,” he said.

Most of the research on SARS-CoV-2 has been focussed on the cascade of events regulated by the protein part of the spike glycoprotein, or S-protein, which has two sections, S1, primarily responsible for binding to the human cell and S2, driving fusion with the cell membrane and entry.

The S1 section contains a sequence of amino acids, the building blocks of proteins, called the receptor-binding domain (RBD), which defines the coronavirus’ ability to bind to the specific human angiotensin-converting enzyme-2 receptor (ACE2).

Several scientific studies have demonstrated that SARS-CoV-2 already demonstrated high-affinity human binding even in the earliest cases and that it appeared to be “pre-adapted” for human infection.

Between the S1 and S2 sections of SARS-CoV-2 is a furin polybasic cleavage site (amino acid sequence proline, arginine, arginine, alanine or PRRA), a distinctive feature widely known for its ability to enhance pathogenicity and transmissibility in coronaviruses, but NOT PRESENT in any closely related bat or pangolin coronavirus.

The most astounding finding of the new study is that insertion of the PRRA polybasic cleavage site into the bat RaTG13 coronavirus, the closest known relative to SARS-CoV-2, but lacks the PRRA site, caused the modified RaTG13 to lose its ability to infect both bats and pangolins.

It is, therefore, highly unlikely that SARS-CoV-2 could have originated naturally in bats or pangolins if the addition of the PRRA furin polybasic cleavage site selects against the survival of the virus in either animal.

This new study further confirms the claim that SARS-CoV-2, which appears to have the “backbone” of a bat coronavirus, must have been genetically manipulated in the laboratory.