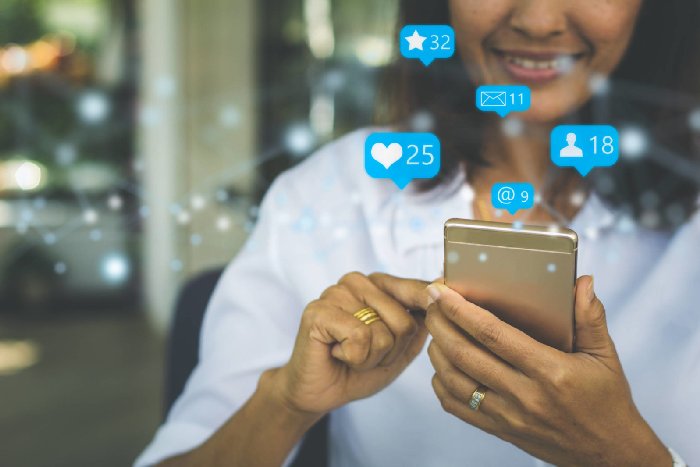 Discerning public opinion on political and national security issues via social media platforms showed its worth during the Arab Spring of 2010. The protests, which began in Tunisia, spread throughout the Middle East, where social media were the key platform for expressing anger about corruption, poverty, human rights violations, unemployment, and authoritarianism. These protests resulted in changes in leadership and policy in Libya, Egypt, and Yemen. They also resulted in immigration issues and sadly, even terror attacks, military conflicts, and civil war.

Social media not only enables coordinated action such as rallies, strikes, resistance, riots, and other methods of activism but also provides status reports and communicates outcomes. One research team has developed an AI metric for predicting such events:

We have shown that actual occurrences of protests are preceded by the growth of their probability estimated using our approach. In addition, our framework facilitates identifying the event(s) that caused the protest mobilization exploiting the fact that we use topically coherent clusters to produce our estimates. This enables us to identify particular grievances, group identities, etc., which may expose the social and cognitive factors explaining the empirical observations. Such explanations may result in the improvement of predictions, and, more importantly, a better understanding of the factors underlying these predictions will enable and inform the design of measures in response to the development of protest activity.

Meanwhile, governments, bureaucrats, tech companies, law enforcement, militaries, and policymakers have all taken note. In the wake of the power of social media. technologies have emerged to test, apply, and score social media’s effects. The longstanding extent of this activity might surprise many:

Headlines swirled yesterday with the release of an ACLU report that showed American law enforcement using social media monitoring firm Geofeedia’s services to monitor protest activity. In the ensuing aftermath, Facebook, Instagram, and then Twitter all suspended Geofeedia’s access to their data feeds. Yet, lost in all this breathless tech press hyperbole is the fact that Geofeedia is just one of a myriad companies offering these services to law enforcement, military, and intelligence agencies both in the United States and abroad.

KALEV LEETARU, “GEOFEEDIA IS JUST THE TIP OF THE ICEBERG: THE ERA OF SOCIAL SURVEILLANCE” AT FORBES (OCTOBER 12, 2016) It’s not just law enforcement. Government agencies use these AI programs for tracking users’ activity on social media for risk assessment. Corporate marketers use them for brand management. The systems track and examine numbers of views, likes, favorites, replies, retweets, and shares of published information. Deeper examinations can assess user timelines, associated orbits of organizations and friends, crime spikes, fraud, and money trails.

Social media platforms like Google, Twitter, Instagram, Pinterest, Tik Tok, Baidu, Facebook, Reddit, MeWe, Gab, Snapchat, LinkedIn, and YouTube, among others, have a worldwide reach. Thus, activism—and surveillance of activism—spread globally. AI surveillance is intended to correlate associations, predict violent incidents, and even help with global police cooperation and crime control. For example, several crime sprees in recent years are attributed to “incels” but one would need familiarity with social media culture to even know of the existence of these “involuntary celibates,” let alone understand their issues and motives.

Not only are users’ data harvested, but it is also sold. Tech managers sell real-time feed access to media and government for both domestic and international analyses of social issues. Their customers include businesses, manufacturers, and developers who want to predict emerging needs, develop new products, and manage existing brands. These new media listening tools look for keywords, hashtags, and photos, as well as locations, user information, and influences. Kodak, known for over a century for user-friendly cameras, recently announced, for example, that it would rebrand the company to better communicate the fact that it is now producing medical equipment. Social media presence is a key driver in such decisions.

They may all be getting to know you way better than you feel comfortable with.

In early 2019, President Trump signed an Executive Order, Executive Order on Maintaining American Leadership in Artificial Intelligence (February 11, 2019). Later that year, the FBI got funding to hire AI talent for its field offices, primarily to manage existing data streams but also possibly to enhance areas such as facial recognition, fingerprint identification, DNA matching, and insider threat identification. It will become more urgent than ever to be sure, as a society, what exactly we want our police forces to do.