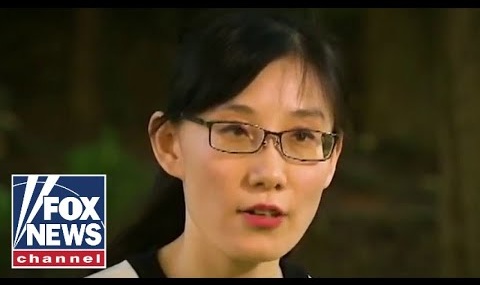 Stunning new evidence from a Chinese defector supports the notion that the origins of COVID-19 were man-made, and that the Chinese Communist Party covered it up.

There have been persistent rumors circulating the internet among scientists studying the origin of the COVID-19 pandemic that, RaTG13, the bat coronavirus identified by China as the closest relative of SARS-CoV-2, the coronavirus responsible for the disease, is a fake used to divert attention away from how SARS-CoV-2 was artificially constructed.

In fact, reports suggest that, if RaTG13 ever existed as a fully sequenced bat coronavirus, there are no samples of it remaining.

Now, in a detailed interview, Dr. Li-Meng Yan, a Chinese virologist who says she fled the country after receiving threats due to her concerns about the origins of COVID-19 and accuses the Chinese Communist Party of a cover-up, claims that the novel coronavirus originated in a military laboratory overseen by the People’s Liberation Army.

According to Dr. Li-Meng Yan, instead of RaTG13, which allegedly was found in bat samples from Yunnan Province, the bat coronavirus that provided the “backbone” for the artificial construction of SARS-CoV-2 by the Chinese military originated in Zhoushan in about 2018.

The information provided by Dr. Li-Meng Yan provides a direct link with the 2018 scientific article “Genomic characterization and infectivity of a novel SARS-like coronavirus in Chinese bats,” published by scientists from China’s Third Military Medical University in Chongqing.

In striking contrast to those similarities, the S1 section of the spike protein of ZC45 and ZXC21 is only 69% similar to SARS-CoV-2, indicating that ZC45 and ZXC21 would probably not bind to human receptors with nearly the same effectiveness as SARS-CoV-2.

Furthermore, it is extremely unlikely, through random mutation, that SARS-CoV-2 would so tightly conserve the sequences of ZC45 and ZXC21, but have an S1 component so drastically different.

In addition, SARS-CoV-2 has a furin polybasic cleavage site not found in ZC45 and ZXC21 or any of the close SARS-CoV-2 relatives yet identified.

The only conceivable way ZC45 or ZXC21 might evolve into SARS-CoV-2 is by either natural or artificial recombination.

For the same reasons, RaTG13 could not have naturally evolved into SAR-CoV-2.

The only conclusion one can draw from all the available scientific evidence is that SARS-CoV-2 originated as a bat coronavirus “backbone” onto which new segments were inserted.

Then, as Dr. Li-Meng Yan mentions in her interview, the new artificial coronavirus can be more adapted for human infection by multiple passages through genetically-engineered mouse models containing humanized receptors previously developed by China.