Attorney General William Barr announced Wednesday that there have been nearly 1,500 arrests across eight U.S. cities thus far under the “Operation LeGend” law enforcement initiative launched roughly six weeks ago. These are federal charges only. Investigations and cases dealing with state charges or violations of law are turned over to the local District Attorneys for prosecution(s). 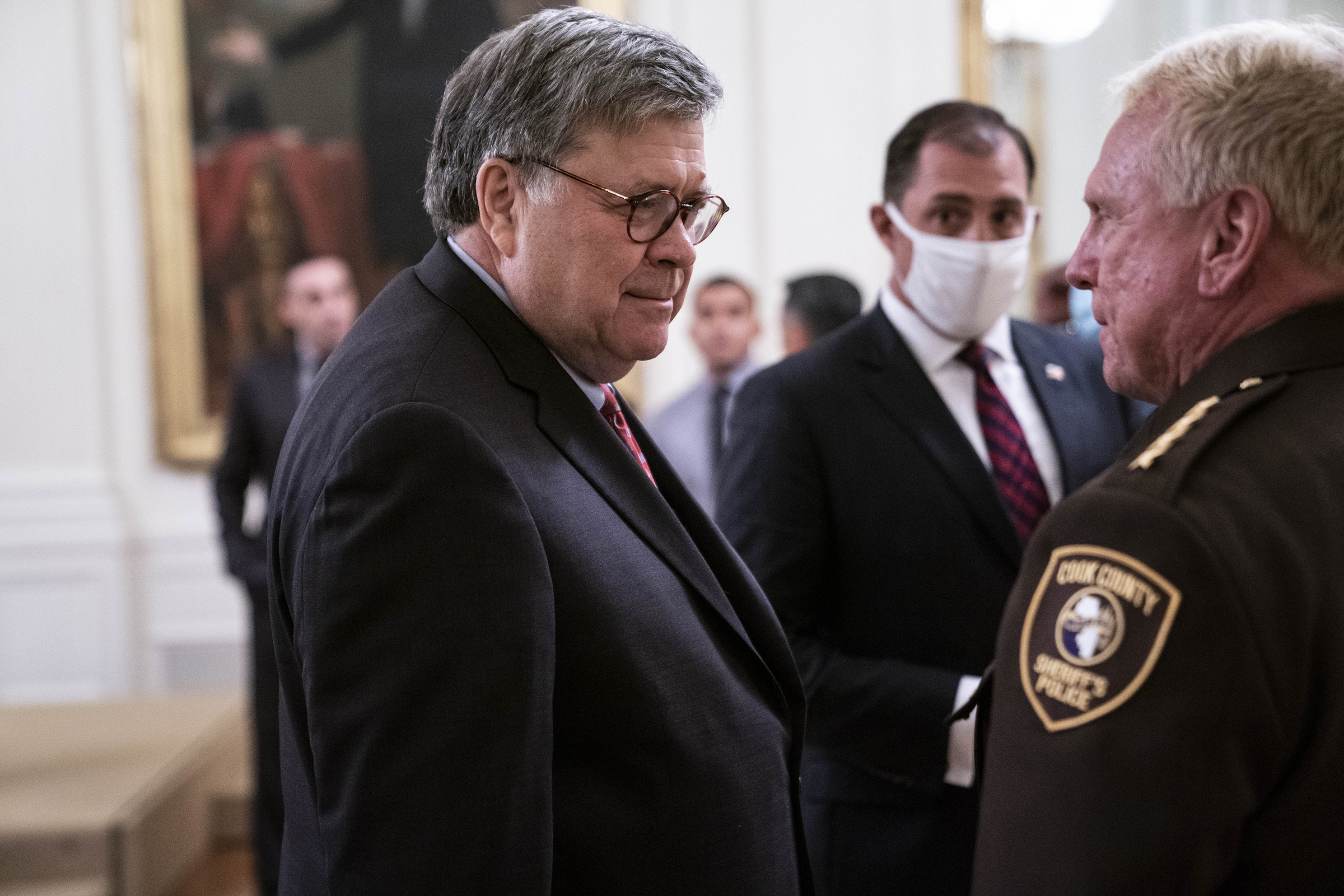 Of those arrests, more than 200 defendants have been charged with federal crimes, including 90 murder suspects, and nearly 400 guns have been taken off the streets, Mr. Barr said, speaking with reporters in Kansas City, Missouri.

“Operation Legend is the heart of the federal government’s response to this uptick in violent crime,” he said. “Its mission is to save lives, solve crimes, and take violent offenders off our streets before they can claim more victims.

“Rather than demonizing or defunding police, we are supporting and strengthening our law enforcement partners at the state and local level.”

Operation Legend is named after 4-year-old LeGend Taliferro, who was shot and killed in Kansas City while he was sleeping. The operation started in that city earlier this month.

Cities that are part of Operation Legend will receive increased resources from the FBI, U.S. Marshals Service, Drug Enforcement Administration, and Bureau of Alcohol, Tobacco, Firearms, and Explosives to reduce violent crime, with a focus on gun violence. More than 1,000 additional agents have been sent to the nine cities. The program also has allocated $78.5 million in grants to fund additional police positions, more prosecutors, and improve technology to solve gun crimes.

A total of 61 defendants in Chicago have been charged with federal crimes. In Albuquerque, 16 individuals face federal charges, 32 in Cleveland, 22 in Detroit, 11 in Milwaukee, 15 in St. Louis, and seven in Memphis, Tennessee.

Indianapolis was not included in the totals because that program began only last week.

Federal charges include illegal possession of a firearm, distribution of narcotics, carjacking, and bank robbery.

Barr has noted that Operation Legend, however, is separate from those deployments in response to unrest and that the dozens of investigators being dispatched to the cities are instead more focused on assisting federal and state authorities with probing violent crimes.

“There has been a lot of confusion in the media, some of it not unintentional, conflating two different aspects of law enforcement,” Barr said. “One is dealing with civil unrest, rioting, and the other is the classical traditional work that law enforcement does.”

During the news conference, Barr addressed the recent uptick of violent crime across several parts of the country, at one point saying, without providing evidence, that he believed it might be a result of a combination between “pent up aggression” to state and local quarantine orders, the “premature release of dangerous criminals by the courts” during the COVID-19 pandemic and the “Defund the Police” movement.

Barr added that he expected there will be an increase in the national violent crime rate this year after it saw decreases for the last two years.