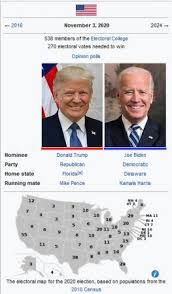 The radical leftist 2020 Democrat tactical political operating principle is, “If at first you don’t succeed, try try again.” The problem, of course, is that for deranged Democrats, that means lying, cheating, and stealing. Let me explain.

The next try was the equally fraudulent narrative that accused President Trump of Ukrainian quid pro quo. Coup attempt #2 did not succeed.

The Ukraine deceit was followed by the third coup attempt – the spectacle of an illegitimate impeachment used as a political weapon to remove President Trump from office. Coup attempt #3 did not work.

Then the communist Chinese got into the act and unleashed the fourth coup attempt against President Trump – the economic bioweapon named COVID19. Even that loathsome coup attempt was not successful.

What were the increasingly desperate, deranged Democrats and their globalist handlers supposed to do?

The fifth and arguably most egregious coup attempt against President Donald Trump is the current campaign to steal the election from him by declaring Trump’s predicted landslide victory in November illegitimate. ILLEGITIMATE???

Yes. Democrats are deliberately prolonging COVID lockdowns to provide the excuse that voters cannot get to the polls and, therefore, require mail-in ballots. The desperate Democrats plan to mail ballots to anyone living in the United States including registered and non-registered voters, dead or alive, citizens and illegal aliens, and people who have moved away and are voting in other states. This will overwhelm the post office with ballots and delay the official ballot count. You get the picture. The Democrat strategy is to delegitimize Trump’s anticipated massive electoral and popular victory in November.

Can’t they just field an electable candidate? No, they can’t because the radical leftist 2020 Democrat party platform is so unacceptably anti-American, anti-Christian, antisemitic, and anti-family, that the only way they can possibly win is to cheat. The singular benefit of the prolonged Covid lockdowns is that they have provided the American public the opportunity to experience life under radical leftist Democrat rule – and they don’t like it.

Of course the Democrats are aware that demented Beijing Joe Biden is not an electable candidate – he can barely string two sentences together. He cannot hide in his basement forever. Beijing Joe’s running mate, radical leftist Kamala Harris is not electable either. So, what is their alternative? Cheat, of course.

Instead of fielding an electable candidate, the deranged Democrats plan to delegitimize President Trump’s win and install House Speaker Nancy Pelosi as acting president until everything is sorted out. Has the United States descended into a third world nation? The Democrats think so. They believe they can steal power by stealing the election. Their “ends justifies the means” mentality is the foundation of every tyrannical regime on the face of the planet. Voter beware!

If Joe Biden steals this election the United States of America will cease to exist as we know it. The radical leftist Democrats currently dominating the party will collapse the economy and turn our constitutional republic into socialism. But wait – there’s more!

The noisy radical leftist Democrats are the useful idiots of the globalist handlers who finance their campaigns. Once the Democrats have stolen power, the radicals are dispensable and a liability that will be eliminated. Then the globalists will have to duke it out with communist China to see who will dominate the United States of America. Will it be door number 1: the Western globalists and technocrats? Or will it be door number 2: the Communist Chinese?

In either case, our national sovereignty will be surrendered to planetary governance under the auspices of the entirely corrupt United Nations and its Agenda 2030.

The inscrutable Chinese are not so inscrutable. They fully expect to dominate and rule the world by the 100th anniversary of the communist revolution in 2045. Are you surprised? Don’t be. The will to power has always been part of the human experience. The difference now is that cyberspace has made the world a much smaller place.

The fourth coup attempt was an attack on the middle class. The prolonged lockdowns were designed to create chaos, collapse the middle class, and drive the entire population into permanent cradle-to-grave dependence upon the government – socialism. Here is the problem. Socialism is the stepping stone to communism. Total centralized government is communism, and there is no individual freedom in centralized governance whether it is communist Chinese or the planetary governance of globalism’s UN Agenda 2030.

Americans have been lulled to sleep by a false sense of security. It is time for the sleeping giant to awaken. Those on the left need to understand that there is no place for agitators in the New World Order of planetary government. You think you are resisting?? Think again. You are creating the social chaos required for the globalists to enslave you.

A one-world government under the auspices of the corrupt United Nations is a binary socio-political structure. There is the extremely wealthy political elite at the top, and the enslaved population who serve them at the bottom. Nothing exists in between. There is no middle class and no upward mobility in the feudal structure radical leftists are unwittingly helping to create.

Against all odds, President Donald Trump survived the first four deceitful coup attempts against him. Do not let the enemies of America steal this election because it is not about one man. This election is about the sovereignty and future of the United States of America. The enemies of America will do anything and everything to defeat the existential enemy of globalism. President Trump is the unflinching obstacle to their megalomania and unquenchable will to power.

Vote for freedom in November. Do not let the fifth coup attempt against our duly elected president succeed.

(Image: The Concord Minute Man of 1775, a monument created by Daniel Chester French)

The most uncomplicated definition of Militia – military force composed of ordinary citizens.

The question has been asked, “Are Militia groups legal in the State of Texas”?

“From 1903 to present, following the Militia Act of 1903, the Texas Militia is legally empowered by Title 32 of the United States Code and Article 4, Section 7 of the Constitution of the State of Texas to “execute the laws of the state, to suppress insurrections, and to repel invasions”.

Wikipedia addressed the topic of Unorganized Reserve Militia as follows:

“Militias thus can be either military or paramilitary, depending on the instance. Some of the contexts in which the term “militia” can apply include: forces engaged in a defense activity or service, to protect a community, its territory, property, and laws, the entire able-bodied population of a community, town, county, or state available to be called to arms…

a private (non-governmental) force not necessarily directly supported or sanctioned by its government, (emphasis added)

an irregular armed force that enables its leader to exercise military, economic, or political control over a subnational territory within a sovereign state, an official reserve army composed of citizen soldiers known as the militsiya, a select militia composed of a small, non-representative portion of the population…

Wikipedia went on to include:

“Within the United States, since approximately 1992, there have been a number of private organizations that call themselves militia or unorganized militia.  In states such as Texas, the state constitution classifies male citizens between the ages of 17 and 45 to belong to the “Unorganized Reserve Militia”.  The Texas constitution also grants the county sheriff and the governor of the state the authority to call upon the unorganized reserve militia to uphold the peace, repel invasion, and suppress rebellion, similar to the early “Texas Rangers”.”

It should be noted that the age limitation mentioned as 17 to 45 represent those individuals who can be drafted according to the mandates of the Governor of the State of Texas; however it does not preclude the involvement of individuals who are younger than 17 or older than 45 from being able to serve voluntarily if they so desire.

Other points of interest brought out through further links provided include the following statement:

“Most militia organizations envisage themselves as legally legitimate organizations authorized under constitutional and statute law, with reference to state and federal law of an “unorganized militia”.  Others subscribe to the “insurrection theory” which describes the right of the body politic to rebel against the established government in the face of tyranny. (In the 1951 case Dennis v. United States, the U.S. Supreme Court rejected the insurrection theory, stating that as long as the government provides for free elections and trials by jury, “political self-defense” cannot be undertaken.)”

Bare in mind much of the article related to militia groups focused on those groups formed to respond against governmental tyranny, real or perceived rather than on citizen groups organized to maintain law and order being threatened by domestic terrorists such as Antifa and/or BLM thugs.

So…If a group of local citizens living in a small community organized themselves into an Unorganized Militia for the purpose of defending their lives and property from those who would violate the laws of the State of Texas, such a non-sanctioned group would be within their Second Amendment Rights as protected by our Constitution’s Bill of Rights. Since their militia does not fall into the “insurrection theory” aspect alluded to in the above paragraph, that portion does not apply (even though the Supreme Court got that one wrong; but that’s a whole other article).

The Lone Star Watchmen Militia is an unorganized militia group in Texas which apparently fits the legal parameters which other communities might consider as they work to protect each other’s lives and property.  The following was copied from their website:

“Lone star Watchmen is a Texas Mutual Defense Group. We are Second Amendment based (first and foremost) and are sworn supporters of the United States Constitution and the Texas Constitution. Our Mission is clearly defined as providing for the protection and survival of our families, communities and ultimately Texas through medical, tactical support/security and survival training.

First and foremost we are your average American citizens. We are your citizen soldiers who are always ready to serve.  We are doctors and lawyers; firemen, EMT and police; teachers and tradesmen; retirees and young families like everyone else in your local community.  We come together as a group united by our moral beliefs, and our loyalty to our Constitution and Texas. We live by and support what the Constitution of the United States and the Bill of Rights decrees.

We are not revolutionaries. We are not a hate group. We are not Anti-Government. We are, however, in favor of promoting education and resources for the protection against Tyranny and the corruption of Government officials, bad and unconstitutional legislation.

The word Militia has been linked to many negative groups in the past so now is a good time to learn the truth. We are not a militia- because you are already a part of the Militia.

Everyone is welcome regardless of age, race, religion, gender or political affiliation provided you believe in our great country and the Constitution being the supreme law of our land.  We are a diverse group of ordinary citizens with a love for our Country and for Texas.  We promote the Constitution as a way of life and the only medium for our lives.  Our forefathers fought for us to have this Constitution and we will carry the torch of liberty they lit for us and our future generations.”

That should be enough information to validate the legality of forming a militia group as long as their stated purpose is to uphold the Constitution and Laws of the State of Texas.