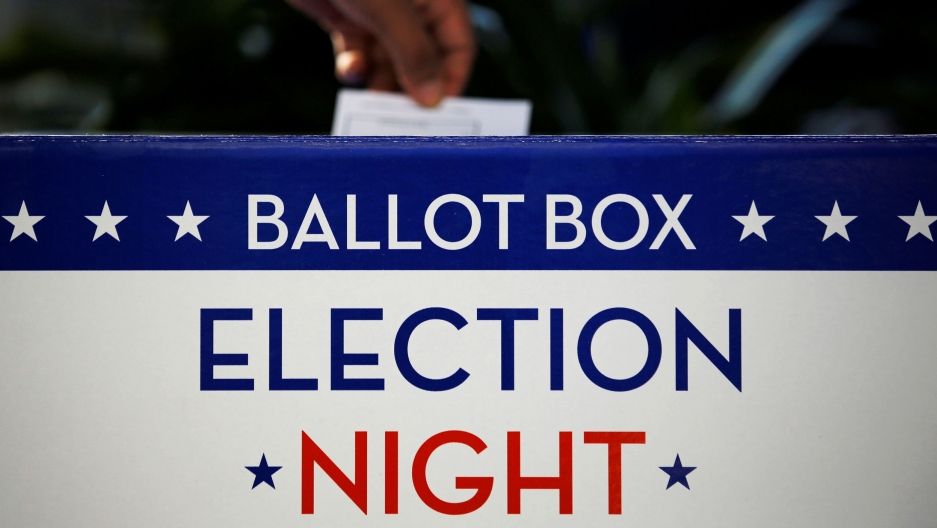 In comments reminiscent of Hillary’s “deplorables” remark about Trump voters in 2016, a major media figure has gone nuts over those who refuse to buy into the left-wing narratives about climate change, race war, forced vaccinations, and other items on the agenda of Biden for president.
​
In a newsletter actually headlined, “A screaming, spreading wake-up call,” Jim VandeHei of Axios exhibited a bizarre display of ranting and raving in print against ordinary Americans who support Trump and refuse to believe left-wing drivel about current events. He went through the roof in anger and screamed that they are “refusing to believe scientists or experts about factual news, coronavirus prevention, global warming, vaccines, and established truth.”

He added, “Think about the number of educated people in your own life who share fake stories or believe B.S.”

In apocalyptic terror, he proclaimed, “It’s as if God or the galaxy, or whatever you believe in, are screaming for politicians and the public to pop our bubbles and pay attention —  and believe our eyes.”

This temper tantrum was actually distributed by Axios to subscribers to its newsletter. It’s clear VandeHei believes only in himself, as a self-proclaimed arbiter of knowledge and truth. In short, he’s an arrogant elitist. This is typical of our media today.

My reaction to this meltdown, as an analyst and critic of the media for over 40 years, is that VandeHei is one of the prominent people who share those fake stories and the B.S. I’ve seen it all before. He is one of those who excuse the Deep State’s vendetta against Trump. Rather than reason and argue with people, he thinks the voters should just accept whatever the media elites are promoting at the time. Those days are over.

By way of background, you may have noticed that we are in the home stretch to November 3 and the media are increasingly concerned that everything they throw at President Donald J. Trump is not sticking. Even when Trump makes a mistake, such as the interview with Bob Woodward of the Washington Post, most people ignore the faux pas and move on. As a result, billionaire Mike Bloomberg has just committed at least $100 million to Joe Biden in Florida alone. Expect George Soros to also intervene monetarily.

They are worried that Trump voters are standing with the president and swing voters perceive that the mentally frail Joe Biden is not up to the job and that he will be a puppet of radical socialists who will undermine the economic recovery.

These voters understand that while Trump has flaws, he is vastly superior to a rapidly fading frontman for the socialist left with obvious mental deficiencies who is inclined, based on advisers’ comments, to get the U.S. into another war.

In the middle of this massive medical cover-up for Joe Biden, Jim VandeHei of  Axios has decided to scream and yell at the American people. They have lost their minds in a panic over the prospect that Trump will win.

A former reporter for the Washington Post who is now CEO of Axios, a corporate-funded publication, VandeHei writes in such a way as to appeal to America’s elites by treating the common man as an ignoramus.  The corporate-funded outlet went for federal bailout loans during coronavirus but then under fire decided to accept dark money from unseen entities.

One of his alarmist claims is that there is a “racial reckoning” in America “after literally decades of warnings about needed policing and economic reforms.” In other words, despite the trillions spent in a failed “war on poverty,” we need a central government that will spend more, including reparations, to settle down those rioting in the cities and threatening to take their violence into the suburbs.

VandeHei accepts the narrative that the protests and riots over the death of George Floyd, a heavy drug abuser who died after resisting arrest, are legitimate. He deliberately ignores the Marxist and occult roots of Black Lives Matter. Of course, he has to maintain this stance out of respect for the “diversity and inclusion” nonsense. Otherwise, he would, as a white man, be accused of “white privilege” and have to resign.

On so-called “global warming,” an article of faith for those with New Age beliefs, he says “It’s nearly impossible to find a scientist who doesn’t agree that a warming planet has contributed to the wildfires destroying big slices of California, Oregon, and Washington.” Here, he ignores the arrests of arsonists and the documented evidence of forest mismanagement by state and local officials.  The “global warming” theory — that rising temperatures have somehow “contributed” to fires — is designed for the liberal politicians such as California Governor Gavin Newsom to excuse their own incompetence.

If we followed his advice, America’s energy independence – achieved under Trump – would be sacrificed on the altar of the Green New Deal. And the forests would continue to burn while homeowners go without power.

He has a throw-away line about believing in vaccines when people are understandably wary of vaccines that have proven side-effects and benefit Big Pharma benefactors of Axios. He seems ignorant of the flu vaccine that was withdrawn after injuring people. He doesn’t remember the rotavirus vaccine that killed kids. Or the HIV/AIDS vaccine that wasted billions and never arrived.

Finally, VandeHei seizes on a legitimate issue, “a fast-rising China,” explaining that “China grows bigger and more powerful, most recently seizing control of Hong Kong and trying to buy allies at U.S. expense.” He then quotes from the New York Times to the effect that dictator Xi Jinping said that China’s progress in fighting the virus, including reopening schools, has “fully demonstrated the clear superiority of Communist Party leadership and our socialist system.”

Not a word about the origins of the virus in China and the mounting evidence that it was man-made.

If the use of the quotation from the Times is meant to suggest that Xi is right that the Chinese system is superior, then VandeHei is an apologist for tyranny and even more of a dangerous fool than the previous examples suggest. He has to know that, rather than being a top-down system, America has federal, state, and local governments, all of which have played a role in containing the impact of the China virus. It may not be as “efficient” as a dictatorship but it is a system that incorporates the will of the people through their elected governments at all levels. Here, people can protest. In China, protesters are imprisoned or shot.

People are not buying the media line that “peaceful protests” involving black and white communists are acceptable and that Trump rallies violate the law and should be banned.

For me, and most people, the American system, as imperfect as it is, is preferable to China’s.

On the issue of the China virus, the Axios newsletter began with a quote from Anthony Fauci on left-wing MSNBC about not returning to normal until 2021. This is presented as Gospel. At least we know what cable channel Axios editors are watching for their “news.” The public understands that Fauci has lost all of his credibility on the matter of coronavirus because of his flip-flops on such matters as human-to-human conduct and the usefulness of masks. They don’t take Fauci seriously anymore. The media use him to bash Trump.

The “screaming, spreading wake-up call” from VandeHei is instead a wake-up call for the American people, so they can once again get an appreciation of the true nature of the corrupt “news” media. The media are angry that more and more people choose not to pay any attention to them. They remain silent or even encourage efforts by Big Tech to censor Trump voters and Trump himself. But on the ground, at least in my area, I see many “Trump” signs and bumper stickers and none asking for a vote for Biden.

Meanwhile, Trump boat and auto parades with big “Trump” banners and American flags are taking place all over.

VandeHei says open your eyes. We have. He hasn’t. Perhaps his mask is hiding reality.