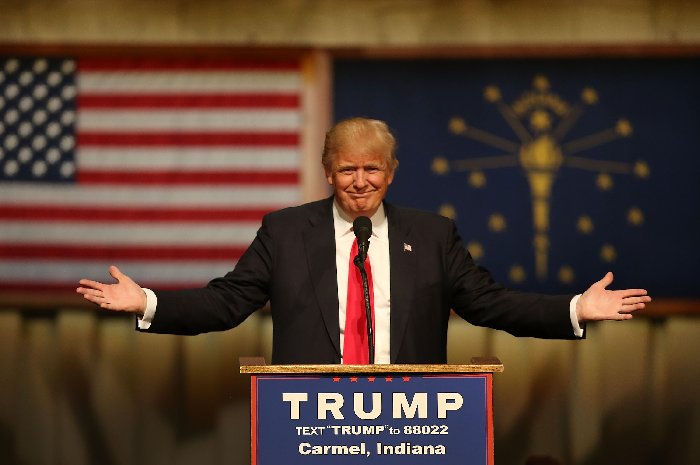 The Wall Street Journal column, “Colorado’s Cory Gardner Struggles to Survive the Trump Effect,” tries to pin the blame on the president for the Republican Senator in Colorado consistently running behind his opponent in his race for reelection. The author, Jillian Kay Melchior, never once mentions that Gardner has been a booster of Colorado’s lethal dope industry and is losing conservative support because of it.

Recognizing that he is losing conservative votes, Gardner has now come out in favor of a quick vote on President Trump’s nominee for the Supreme Court. “He Found His Spine,” proclaimed the conservative website Big League Politics.

Senator Lindsey Graham, often labeled a RINO (Republican in Name Only), is also in jeopardy. He is reportedly leading Democratic challenger Jaime Harrison in the South Carolina Senate race by only one point, 46-45 percent.

The explanation is Graham’s weak conservative credentials. Morning Consult finds that “While Trump has support from 93 percent of Republicans, Graham has support from 84 percent in the same poll —  making him one of the worst-performing GOP incumbents up for re-election this cycle among voters from his own party.”

But the problem is not confined to Gardner and Graham. Other Republicans in Senate contests polling behind Trump are Joni Ernst in Iowa, Steve Daines in Montana, Thom Tillis in North Carolina, and Martha McSally in Arizona.

Contrary to what the Journal’s Melchior says, the “Trump Effect” helps candidates.

In her column on Gardner, published before Ruth Bader Ginsburg passed away, the Journal’s Melchior wrote that “Mr. Trump, who lost Colorado by five points, has alienated many suburban women and independents,” but Gardner has alienated conservatives opposed to Colorado becoming the headquarters of national marijuana drug trafficking. Gardner has been in the back pocket of the dope business, earning him the label of “pot whore.”

On Facebook, the Melchior column was described as documenting how “Trump’s unpopularity is dragging down his [Gardner’s] re-election effort…” This is nonsense. Gardner is losing not because of Trump but because he, too, is a Republican in Name Only (RINO) taking the “progressive” line on legalization of dope, making him indistinguishable from his Democratic Party opponent, former Governor John Hickenlooper.

Ignoring all of this, she claims that Gardner “is a good candidate and an incumbent with a solid track record” and that “His struggle shows the peril of being a swing-state Republican in the age of Trump.” His problems are of his own making and have nothing to do with Trump. No Republican in good conscience could vote for him. Some might do so, only to say they voted against the Democrat, but Gardner is not a “common-sense conservative,” as he likes to describe himself. Common sense does not drive somebody to be a shill for what is now being called “Big Marijuana.” It is Big Tobacco with the replacement of nicotine by THC’s mind-altering qualities.

Jillian Kay Melchior, an editorial page writer at The Wall Street Journal, was a graduate of Hillsdale College and worked for several conservative publications and organizations. But she ignores the social issues that motivate many voters.

Dozens of new anti-drug groups have emerged in recent years. One of them, Smart Colorado, reports, “Since Colorado voters legalized recreational marijuana with Amendment 64 in 2012, Colorado’s youth have served as guinea pigs in a risky experiment,” and that recent data show that “Colorado now ranks first in the nation for past month marijuana use by those 12-17 years old…”

The group warns, “We never foresaw how aggressive and powerful the financial interests behind this new billion-dollar industry would become.” Yet, Gardner is happy with this outcome.

Democrats only need to win four seats to take back the majority in the Senate, and Gardner is a likely goner.

Tragically, Ms. Melchior isn’t alone is being a source of erroneous information.

Here’s what their “success” looks like, according to the Rocky Mountain High-Intensity Drug Trafficking Area (RMHIDTA) program:

The argument was that legal dope would replace black market activity. But an investigation by public broadcasting found strong evidence of Colorado marijuana products “being exported to other states,” with law enforcement trying “to keep up with the burgeoning black market.”

If Gardner and the RINOS win, it’s because Trump will pull them across the finish line after they decided to vote for Trump nominee Amy Coney Barrett to the Supreme Court. The “Trump Effect” is their only hope.