The public is starting to realize that using the Police Department as a ‘whipping boy’ for all the ills of society has consequences.  An article by Melanie Torre of CBS Austin relates some of the safety issues associated with cutbacks to police services.

“The Austin Police Association says understaffing is causing 911 calls to go hours without a response.

According to APA president Ken Casaday, Saturday night some shifts were staffed at just 50 percent.”

A little further in the article more information was shared:

“Casaday says — on the shifts he’s worked– the department has enough officers to respond to Priority 0 calls. According to Casaday, Priority 0 includes shootings, stabbings, assaults and serious crashes. He explains, Priority 1 calls are where there’s been a delay. Priority 1 calls include criminal trespass, simple assault and non-active burglaries.”

Citizens requesting police service might see this as a minor inconvenience since really important calls are being handled in a timely manner.  Being told that you’ll have to wait an hour to file a burglary report or some other non-life-threatening incidents might not be as bad as all that.

The City Council in Austin decided to cut-back police services and payroll; and, after all, slower response time goes with the territory.  These measures were taken to make a bold statement, that police brutality, shooting suspects without cause and such won’t be tolerated.  Other major metropolitan cities like Portland, Oregon have taken a similar stance.

To be sure, those municipalities which are making such drastic cuts in police services have turned their police departments into political footballs with little regard for either the safety of their law-abiding citizens or for the police officers performing these important services.

Several years ago, prior to my retirement from the Houston Police Department we were considerably understaffed; perhaps matching the observation made by APA president Ken Casaday, working with roughly 50 percent of the number of police officers needed.

One Friday night prior to the beginning of our shift several of us were in the kitchen area of the police sub-station enjoying ice cream bars donated by the local Borden Creamery.  An Assistant Chief of Police entered and I recognized and welcomed him informally to the younger officers who might not have known who he was since he wasn’t in uniform.  I asked if he was here in an official capacity or was it simply a casual visit.

His answer was polite; but hinted at something he had on his mind. “I’ll wait until Roll Call when I can address everyone at the same time.”  He smiled as if he had been dealt a winning poker hand, not wishing to tip his cards just yet.

I responded directly, “Then you might as well tell us now; this is the entire shift you’ll be addressing.”  There were only six of us in the room.  Consider the area we were assigned to patrol on a Friday night in Houston, Texas, an area that stretched from the 610 Loop out to the city limits between the I-10 corridor and Highway 290.  That’s a two-man unit and a one-man unit in Four District and the same in Five District, four police patrol units to cover the area equal to Rhode Island. In layman’s language, don’t get into any situation that requires a back-up unit, there won’t be any, none.

The cheerful countenance the Assistant Chief had upon entering quickly vanished as the reality of our being understaffed well below anything reasonable landed on his mind.  Originally, he’d planned to give us some kind of Pep-talk; but we’ll never know since he changed his remarks, sounding more like an apology for putting us in harm’s way without sufficient manpower should anything, anything at all go badly.

My retirement date came up a couple of years later and it’s with great pride that I display a shadow-box hanging on the wall of my office, a small reminder of my twenty years of service as a police officer.  I also am well aware of the dangers each police officer faces, a danger multiplied to an unacceptable level when those they work for don’t like police officers in general or appreciate the hazards that go along with that job.

One line that most officers are familiar with is shared at the end of each Roll Call prior to hitting the streets.  It’s both a warning and a reminder, “Y’all be careful out there”. 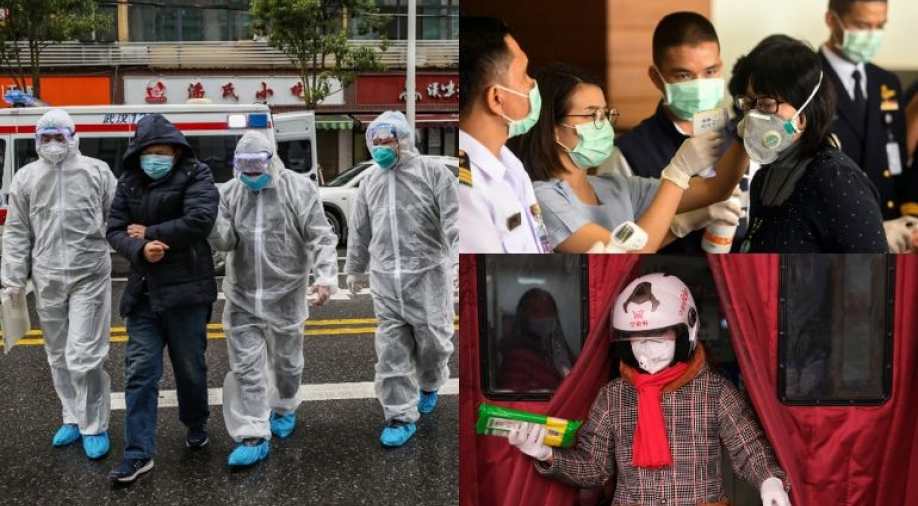 Since the beginning of the COVID-19 pandemic, the Chinese Communist Party supported by some Western scientists and a politically-motivated media have desperately tried to convince the world that the COVID-19 virus originated as a bat beta-coronavirus which underwent a natural mutation process and was then acquired by humans after exposure to infected animals.

Undoubtedly, such subterfuge is meant to protect certain vested interests, including the potentially devastating political and economic consequences for China, global corporate and private investment in China, and a negative effect on scientific collaboration and research funding of major Western research laboratories.

In her first article, “Unusual Features of the SARS-CoV-2 Genome Suggesting Sophisticated Laboratory Modification Rather Than Natural Evolution and Delineation of Its Probable Synthetic Route,” Chinese scientist and whistleblower, Dr. Li-Meng Yan presented the biological evidence demonstrating that the COVID-19 virus was made in a laboratory.

Now, Dr. Yan has published her second scientific article “SARS-CoV-2 Is an Unrestricted Bioweapon: A Truth Revealed through Uncovering a Large-Scale, Organized Scientific Fraud,” which describes the extraordinary lengths the Chinese Communist Party has gone to cover-up the true laboratory origin of the COVID-19 virus in order to escape responsibility for the pandemic.

For months after the start of the outbreak, China flooded the scientific literature with subtle and sometimes not so subtle messages supporting its narrative that COVID-19 is a naturally-occurring disease that “jumped” from animals to humans in the Wuhan seafood market.

After endless media reports and scientific studies, the theory that the Wuhan seafood market was the source for animal-human COVID-19 transmission was totally discredited, even by the Chinese Centers for Disease Control and Prevention.

On February 3, 2020, “batwoman” Dr. Zheng-Li Shi of the Wuhan Institute of Virology published an article suggesting that COVID-19 originated in bats and a bat coronavirus named RaTG13 was shown to be 96.2% identical to the COVID-19 virus, thus supporting the naturally-occurring theory.

Since then, literally hundreds of scientific articles have used RaTG13 as a basis for investigating the natural origin of the COVID-19 pandemic, despite the fact that RaTG13 exists only on paper because no live virus or intact genome of RaTG13 have ever been isolated or recovered.

Dr. Yan and her colleagues now make multiple arguments indicating that RaTG13 is a fabricated virus.

One way to determine if a virus is related to or evolved from another virus, in this case, RaTG13 and the COVID-19 virus, is to compare the synonymous and non-synonymous mutations in the genetic code.

The DNA genetic code, which is composed of combinations of the nucleotides guanine, adenine, cytosine and thymine (G, A, C, and T), determines the structure of proteins. It does so through groups of three nucleotides called codons that correspond to specific amino acids, the building blocks of proteins, and that code is redundant.

For example, the amino acid arginine can be produced by codons CGT, CGA, CTC, or CGG, meaning the third nucleotide in the codon is redundant or interchangeable and will still code for arginine. Any change in the first or second nucleotide will produce a different amino acid.

In the absence of a major natural or artificial recombinant event, viruses that are naturally related or evolve from each other, as claimed for RaTG13 and the COVID-19 virus, have roughly standard ratios comparing synonymous and non-synonymous mutations.

Dr. Yan’s data show that when the ratios of synonymous and non-synonymous mutations between a critical segment of the RaTG13 and COVID-19 viruses are compared, the result “is abnormal and a violation of the principles of natural evolution.”

The interpretation is that RaTG13 and the COVID-19 virus could not be related to each other through natural evolution and that RaTG13 is a likely fabrication.

In addition, a reconstructed RaTG13 receptor binding domain does not bind to the angiotensin-converting enzyme-2 receptors in two species of horseshoe bats, implying that RaTG13 could not exist in a bat population from which it would mutate and infect humans, completely undermining the naturally-occurring theory.

In early June, another novel bat coronavirus, RmYN02, which shares a 93.3% sequence similarity to the COVID-19 virus, was identified and used to support the Communist Chinese Party’s argument that the pandemic was a natural outbreak.

In that weak attempt to buttress the naturally-occurring theory, the Chinese authors of the RmYN02 article claim that a proline-alanine-alanine (PAA) amino acid insertion represents an ancestor to the proline-arginine-arginine-alanine (PRRA) furin polybasic cleavage site found in the COVID-19 virus, but not found in any other related bat coronavirus.

The presence of the furin polybasic cleavage site is a marker for genetic manipulation and, therefore, countering that fact would be an important objective of the Chinese Communist Party’s propaganda machine.

The RmYN02 hypothesis disintegrates under scrutiny because the PAA sequence is chemically neutral, not basic and it could not cleave anything.

RmYN02 does not even possess the arginine-serine (R-S) cleavage point found in the COVID-19 virus and all related coronaviruses and the published RmYH02 sequence seems to be out of alignment.

Dr. Yan’s second scientific article adds one more nail in the coffin of China’s false theory that the COVID-19 pandemic was naturally-occurring.

(Lawrence Sellin, Ph.D. is a retired U.S. Army Reserve colonel, who previously worked at the U.S. Army Medical Research Institute of Infectious Diseases and conducted basic and clinical research in the pharmaceutical industry. His email address is [email protected])