Beginning with the trade during the Obama administration of Bowe Bergdahl for 5 Taliban commanders from Gitmo, the United States is still in peace negotiations with the Taliban and a peace framework has been signed and violated several times of no consequence.

However, there is news to report with confirmation. 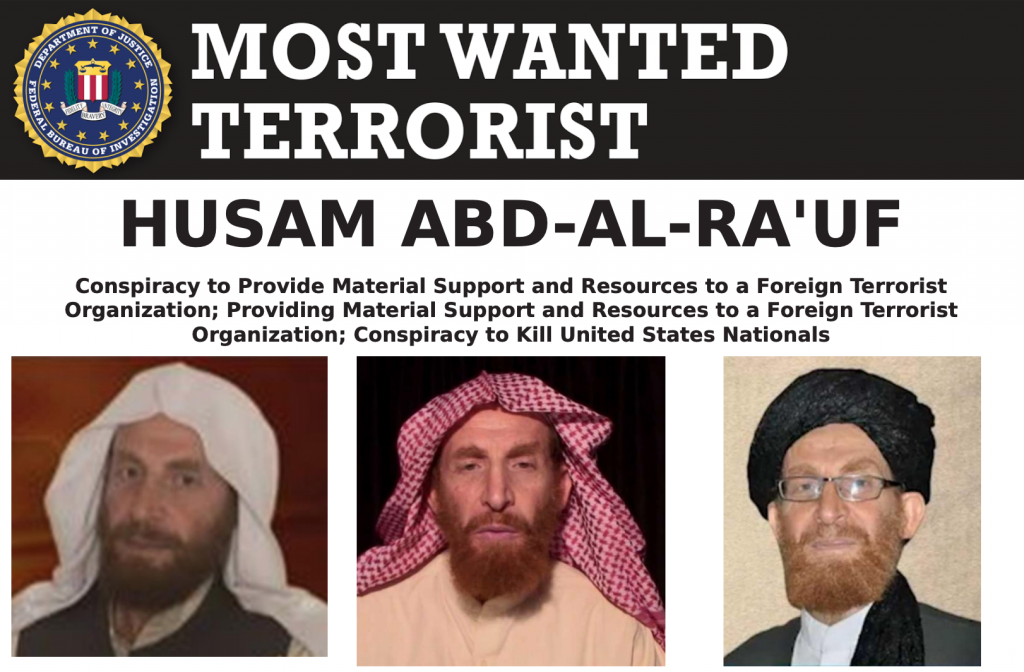 The United States has confirmed that Husam Abd-al-Ra’uf, a senior al Qaeda leader also known as Abu Muhsin al-Masri, was killed by Afghan forces during a raid in Ghazni province earlier this month.

Chris Miller, the head of the National Counterterrorism Center, described Abd-al-Ra’uf’s “removal…from the battlefield” as “a major setback to a terrorist organization that is consistently experiencing strategic losses facilitated by the United States and its partners,” according to Reuters. Miller touted the raid further, saying it “highlights the diminishing effectiveness of the terrorist organization.”

However, Miller implied just last month that characters such as Abd-al-Ra’uf were either unimportant or didn’t even exist. In an op-ed published by the Washington Post on Sept. 10, Miller claimed that Ayman al Zawahiri was al Qaeda’s “sole remaining ideological leader.” As FDD’s Long War Journal pointed out, that isn’t true. Zawahiri’s role was never purely ideological, and he isn’t the sole remaining al Qaeda leader, ideological or otherwise. A number of al Qaeda veterans remain active in the network’s hierarchy, including, until recently, Abd-al-Ra’uf.

Abd-al-Ra’uf’s demise is undoubtedly significant. He was a veteran jihadist, whose career began in the 1980s. He was a trusted subordinate for Zawahiri and served al Qaeda in senior roles, including in its propaganda arm, As Sahab. But it is debatable whether his death, as well as other setbacks, add up to “strategic losses” for al Qaeda in Afghanistan or elsewhere, as Miller claims. It is likely that Abd-al-Ra’uf trained and oversaw many other al Qaeda men throughout his lengthy career. And the U.S. has been unable to produce consistent, reliable estimates of al Qaeda’s strength inside Afghanistan.

Al Qaeda fights for the Taliban in Ghazni and elsewhere

There has been no strategic break between the Taliban and al Qaeda. Abd-al-Ra’uf was reportedly killed in the village of Kunsaf, which is controlled by the Taliban. If the Taliban’s men did not betray the Egyptians, and there is no evidence that they did, then yet again a senior al Qaeda leader was found in Taliban country. This is an apparent violation of the Feb. 29 withdrawal agreement between the U.S. State Department and the Taliban. The State Department has repeatedly vouched for the Taliban’s supposed counterterrorism assurances, including that al Qaeda wouldn’t be allowed to operate on Afghan soil. But nearly eight months after that deal was signed, Abd-al-Ra’uf was located in a Taliban-controlled area.

Al Qaeda has a long-established presence in Ghazni. FDD’s Long War Journal can trace al Qaeda operations in Ghazni back to 2008.

Aafia Siddiqui, dubbed “Lady al Qaeda” in the press, was among the al Qaeda figures captured or killed during raids in Ghazni in 2008. There have been multiple operations targeting al Qaeda in Ghazni since then.

Al Qaeda’s role in the fighting in Ghazni is referenced in the files recovered in Osama bin Laden’s compound. In a June 19, 2010 memo to bin Laden, Atiyah Abd al Rahman wrote that al Qaeda had “very strong military activity in Afghanistan.” Rahman, who served as bin Laden’s key lieutenant, listed Ghazni was one of eight provinces in which al Qaeda “groups” had been “the same for every season for many years now.” Rahman was killed in a drone strike the following year.

In subsequent letters that were also written in 2010, bin Laden ordered his operatives in northern Pakistan to relocate into Afghanistan. Ghazni was one of several provinces that the al Qaeda founder considered hospitable for his men. Operational evidence confirms that al Qaeda was still operating in Ghazni years later.

In Feb. 2017, Afghan troops killed Qari Saifullah Akhtar, a senior al Qaeda leader who also doubled as the emir for Harakat-ul-Jihad-al-Islami (HUJI), a Pakistan-based terror group. Later that year, in Dec. 2017, the U.S. killed Omar Khetab (a.k.a. Omar Mansour), the “second senior leader” in AQIS, al Qaeda’s regional branch. In Mar. of 2019, the Afghan military claimed it killed 31 AQIS fighters in the district of Giro. In Sept. 2019, Afghan forces raided a warehouse that Al Qaeda in the Indian Subcontinent (AQIS) used to house explosives for operations jointly conducted with the Taliban.

Should al Qaeda help the Taliban recapture much of Afghanistan after America’s planned withdrawal from Afghanistan in the spring of 2021, and there is no real break between the two, then that could be considered a strategic victory for the group.

Thomas Joscelyn is a Senior Fellow at the Foundation for Defense of Democracies and the Senior Editor for FDD’s Long War Journal.