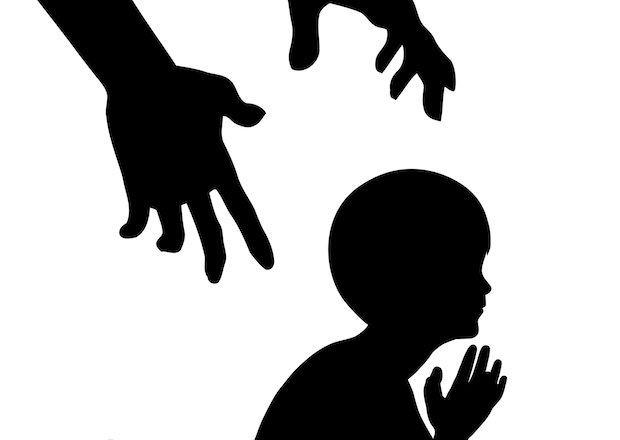 Before Joe Biden committed a major gaffe by urging the eventual abolition of the oil and gas industry, he endorsed the idea of 8-year-old transgenders. This went beyond gaffe status to outright insanity. What’s more, it was part of his appeal to the transgender “community.” In this case, he called for “zero discrimination” against kids who want to parade around like members of the opposite sex. He didn’t rule out these confused kids getting sex-change operations.

Ignoring this form of child abuse, Savannah Guthrie of NBC News asked Trump during a televised town hall about the belief by some of his supporters in “a satanic pedophile ring” operating behind the scenes.

The president said he understands that people are opposed to pedophilia. He could have brought up the evidence of a high-level pedophile network involving Jeffrey Epstein, kicked out of Trump’s Mar-a-Lago club by Trump himself for trying to procure young women. Or Trump could have brought up the devilish blood-soaked “spirit cooking” demonstration that came to light four years ago in one of the Hillary campaign emails.

Epstein, a member of such groups as the Council on Foreign Relations and the Trilateral Commission, was said to have sex videos of America’s elites for blackmail purposes.

Attorney General William Barr has failed to explain how Epstein died in federal prison when he was supposed to be under close observation.

On “The Evening Edit” show of Elizabeth MacDonald on the Fox Business Network on Tuesday night, viewers were told that the federal U.S. Marshalls Service has been busting human trafficking rings. In operation “Autumn Hope,” the Marshalls recovered 45 missing children.

Whether this is a “Q” conspiracy theory or not, the victims are real. They are just as real as the victims of the China virus.

In another case, .a 10-count indictment charges a priest in the Diocese of Toledo, Ohio, Father Michael Zacharias, with human trafficking and coercion. Court documents reveal that “from approximately 1999 to July of 2020, the defendant is accused of engaging in the activity of sex trafficking of a minor victim and using force, fraud, or coercion to sexually traffic other minors and adults.” That’s a period of 21 years.

It appears the FBI has been doing some good work, at least in the Zacharias and other cases, on a local level. But does the FBI’s interest in such matters stop when top Democrats are implicated in alleged wrongdoing? It’s clear that the media, despite what we know about the Epstein and Catholic pedophile networks, do not believe there is something evil or Satanic going on.

Many Catholics are sickened by the role of the Roman Catholic Church, here and abroad, in pedophile rings. The new Catholic film on EWTN, “The Gender Agenda,” looks at homosexual and communist infiltration of the church, including the notorious Cardinal Theodore McCarrick.  The McCarrick case “demands a thorough report as to how such a man with his sexual abuse history could have risen to such positions of power within the Church,” says the film. “The Church has a problem with male-on-male predation by priests.”

“The church is now engaged in a cover-up of the predatory sexual activity and corrupting practices of Theodore McCarrick, who once served as our archbishop, who has now been thrown out of the priesthood,” says one Catholic priest. “But who promoted him? Who protected him? Who he paid off? None of that has been revealed though it is known; it is in a report. But the Powers of Darkness in Rome keep us from knowing and it is not right.”

As a prosecutor and Attorney General in California, Biden running mate Kamala Harris refused to take on sexual abuse by priests.  I interviewed a victim of such abuse, noting that Harris appears to have a two-faced approach to the Catholic Church – one of scorn toward ordinary Catholics who follow traditional church teachings, such as opposition to abortion and homosexuality, and the other of deference to officials of the hierarchy who get caught in cover-ups of sexual abuse of children.

Diverting attention away from this scandal, Pope Francis has just issued an encyclical, Fratelli tutti, described by anti-communist Professor Renato Cristin as representing the theological-political adaptation of the chilling Marxian motto “Proletarians of the world unite.” The encyclical on “fraternity and friendship” attacks the greatest economic system the world has ever known – capitalism. “The fragility of world-systems in the face of the pandemic has demonstrated that not everything can be resolved by market freedom,” says the leader of the Roman Catholic Church. He calls for building “the alternative social structures we need,” code for socialism.

What he’s proposing for the world is what Biden seems to want for America – a semi-permanent lockdown, based on the pretext that fighting the China virus requires it.

The pope’s embrace of Marxism helps explain why Democratic Party leaders, including “Catholic” Joe Biden, embrace Pope Francis, and why Republicans are reluctant to take on the Vatican.

This is a time for all Christians to uncover the complete truth about the pedophile rings operating here and abroad, sometimes with the protection of Catholic church officials and sometimes with the connivance of other members of the elite. It’s what Catholic Bishop Fulton J. Sheen in 1947 called “Signs of Our Times.” He referred to the emergence of “a counter-church” with “all the notes and characteristics of the Church, but in reverse and emptied of its divine content.”

Catholic writer Vic Biorseth argues, “When organized, conspiratorial criminal activity crosses state lines, as do all the organized sexual abuse crimes, predominantly of a homosexual nature, committed by Catholic Clerics of all ranks and systematically covered-up by them, the situation calls for a RICO [Racketeer Influenced and Corrupt Organizations Act] investigation.”

There is the Deep State, the Swamp, and what Biorseth calls the homosexual cabal now running the Catholic hierarchy. On November 3, they are all backing Biden for president. President Trump stands in the way of their grab for total power.