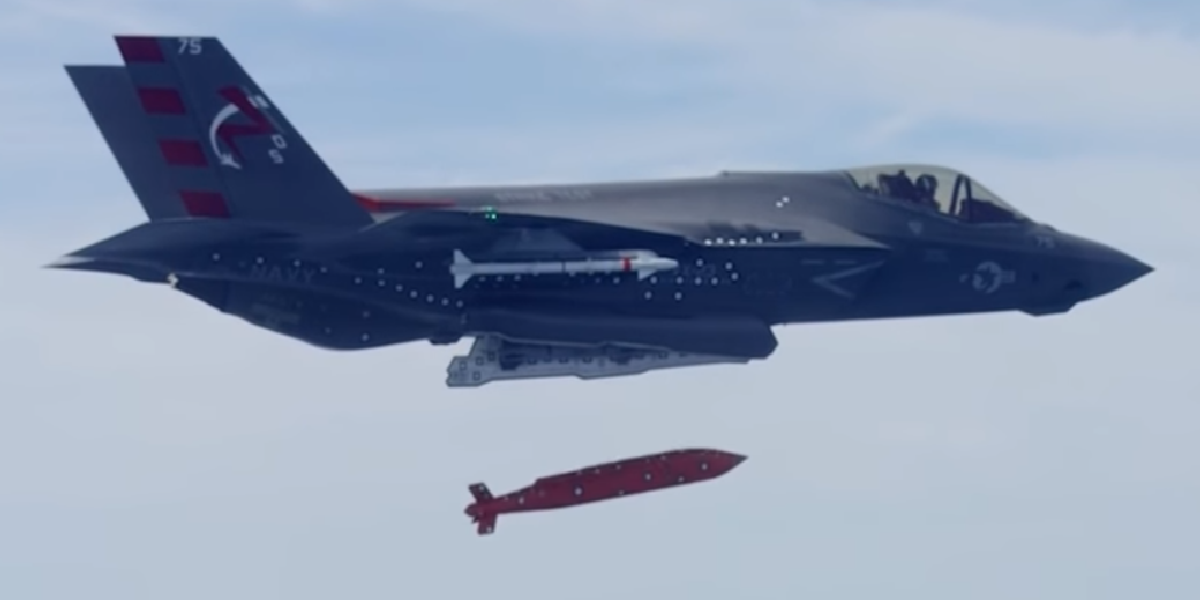 The F-35 Lightning II is truly an amazing achievement in military aircraft design and next-general military capabilities. It is arguably the world’s most dominant multi-role fighter. Its detection range, geolocation, threat identification, and system response capabilities allow the jet to precisely zero in on and destroy the most advanced threats in the world. That includes Russia’s latest SA-20 surface-to-air missile (SAM) system. It is promoted as the greatest tactical fighter ever produced. But that title comes with a stunning price tag.

The cost for an F-35 is estimated to be more than $100 million per plane. Adding in development, operations, and maintenance costs, the F-35 fighter initiative is estimated to run well over $1 trillion during its lifetime. Part of that cost is also due to sophisticated hacking operations that have driven up the price tag. This estimate is tens of billions more than the previous projections and the price tag just keeps going ever higher. That does not include the $300 million for missing or defective parts over the last five years. This has raised eyebrows in Congress and surprisingly those looking into this poor use of taxpayer funding are Democrats. The Pentagon also wants answers.

U.S. Rep. Carolyn Maloney, the New York Democrat who chairs the House Committee on Oversight and Reform, has gotten wind of all this. She sent a letter to Lockheed Martin demanding thousands of documents related to the spare parts program.

“The military is spending tens of millions of dollars a year to overcome unresolved issues with the system Lockheed Martin built and maintains to track spare parts for the F-35,” the letter stated. “These problems must be resolved quickly as they create a significant administrative burden for military maintenance personnel.”

The other three lawmakers that signed the letter were Rep. Stephen F. Lynch (D-MA), chair of the Subcommittee on National Security; Rep. Jackie Speier (D-CA); and Rep. Ro Khanna (D-CA).

The letter purports that one military commander told a Congressional delegation that the spare part issues are “pervasive” and a “massive manpower suck.”

While our military deserves the very best in everything we can provide them, with the debt the U.S. is running in all quarters these days, no budget for any item should be open-ended. That’s why an audit of spending concerning the F-35, its parts, and its suppliers should be conducted. A lot of numbers here simply do not add up.

The Senate Appropriations Committee, headed by Republicans, is asking in-depth questions on the spending related to the initiative. Senators want answers regarding the DOD’s plan to spend $17.9 billion to further upgrade the three F-35 variants. Also at issue are questions of funding, parts from Turkey, buying F-35 materials in bulk, and how much money Lockheed is reimbursing the DOD for spare parts that could not be installed.

The cost of an F-35 has reduced 15.3% from previous price estimates through Lockheed Martin. However, their engines have only reduced in cost by 3%. Pratt and Whitney, the manufacturer of the engines, says there will be no further price reductions since Congress killed funding for the F-35 alternative engine contract in 2011, leaving them as a sole-source supplier with no incentive to reduce its profits. Congress and the Pentagon’s audit agency also want answers and solutions for this cost discrepancy.

The F-35 has also been plagued by technical problems, although they have been reportedly cut in half. They were decreased from 13 to seven over the past year. But those problems are costly as well not only dollar-wise but in manpower and combat readiness.

The Pentagon’s five-year budget plan for the F-35 falls short by as much as $10 billion. A number of experts now believe that the complex fighter jet may be too costly to operate and maintain. The Defense Department’s blueprint for the next five fiscal years calls for requesting $78 billion for research and development, jet procurement, operations and maintenance, and military construction dedicated to the F-35 built by Lockheed Martin Corp. But the cost analysis unit estimates $88 billion will be needed.

The Democrats are also not pleased that the Trump administration has formally informed the United States Congress of its intention to sell dozens of F-35 advanced fighter jets and other military hardware to the United Arab Emirates. Israel has signed off on the deal as well. So, while the cost of producing the aircraft is monstrous and ongoing, it would seem that the U.S. will recoup at least some of that spending. The question is whether it is wise to sell military aircraft to the UAE or not. They are ostensibly an ally, but things are very fluid in the Middle East. Nurturing allies over there is in our best interests, however.

The F-35’s spending is clearly a boondoggle that needs further investigation, foresight, and consideration — and all options must be on the table to protect taxpayer funding. But Democrats shouldn’t pretend, as they often do, that even the worst military spending is responsible for our massive deficits in the last two decades. That honor belongs to social spending.

While Democrats seem to believe that military spending is the U.S.’ major debt contributor these days, that simply is not the case. Their reasoning is purely political and not based on factual data. Social Security and Medicare are the real villains in our debt saga.

Our military budget is very large and in many instances managed poorly and handled inefficiently. War-related increases in defense spending have been a significant factor in America’s increasing deficits since the turn of the century.

Regardless of our military budget, the spending on the F-35 needs to be looked into. We should have the best military equipment in the world but we should also adhere to Trump’s “Art of the Deal” and not just throw money away without questioning where it is going, what it is being used for, and can a better deal be had.