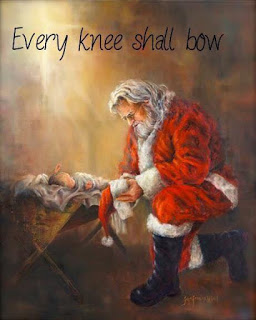 Several years ago, there was a story printed, or perhaps I might have heard it from the pulpit; some of the details have left my memory so I’ve taken ‘creative license’ to replace that which I’ve forgotten. Accept my apology for not remembering the original author.

A congregation was asked to donate an extra portion during the Christmas Season to help families that were struggling. The challenge was given the week of Thanksgiving with the intent of having enough money collected before Christmas to offer relief for several families; a fine meal with all the trimmings, new clothing, and shoes, some toys for the children, and such depending on how much money could be collected.

One family had a meeting when they got home from church to consider various ways they could help with this wonderful project. The father said that after getting home from work he’d collect firewood and sell it. The mother would take in laundry and use that income to add to their contribution. Their son said he’d collect empty soda bottles and redeem them at the store while the daughter would babysit.

They did this for the entire month of December leading up to the final week and collected a little over fifty dollars which they proudly handed over to their minister. The father knew their contribution was probably smaller than most since he wasn’t one of the more affluent members of their congregation; but he wanted to know how much had been collected, thinking perhaps he could figure out a way to make up the difference by cutting down on some of his regular expenditures.

The minister sat quietly considering the moment as he tried to explain the situation in a way that would make sense. “We’ve received just over forty dollars in contributions so far, you being the only ones to have taken up the challenge.” The minister sat silent for a few more moments before continuing his thoughts.

“You see”, he looked heavenward for assistance as he struggled to further explain, “…your family was on my shortlist of those who could have used a little help during the Christmas Season.”

I’m sure there are many among us who could use the message contained in this story as we approach the day we celebrate the birth of our Savior, Jesus Christ.