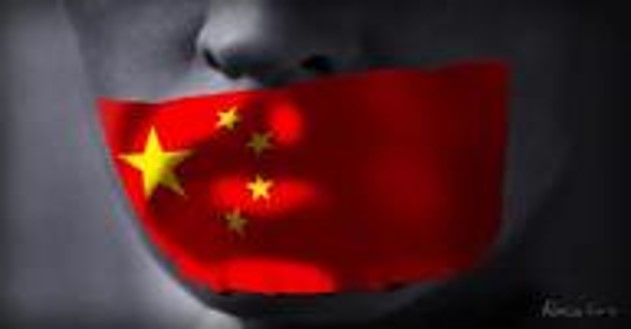 Imagine walking into your home to see your wife and daughter lying on the floor. Their faces are bruised and battered, clothes ripped, your daughter seems comatose, and your wife is mumbling the word rape. Now transpose in your mind the horror and rage you would feel to one word… CHINA. 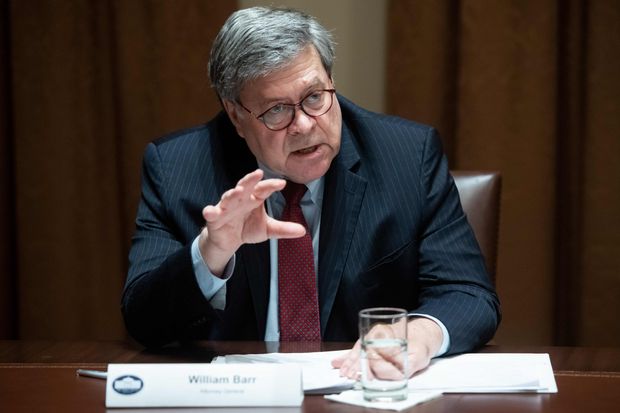 As Bill Barr is walking out the door of the Department of Justice to open presents on Christmas day, Kimberley A. Strassel of the Wall Street Journal tells us that he is an honest and upstanding Attorney General who believes there was no CIA role in the effort to bring down President Trump. Barr, a former CIA analyst, had come to the conclusion that he didn’t “see any sign of improper CIA activity” and that “The CIA stayed in its lane.”

This is comparable to Joe Biden saying there’s nothing in his son’s laptop worth seeing.

The CIA did not stay in its lane. The driver was drunk and the agency swerved all over the road in an attempt to take out Trump.

Former CIA officials Michael Morell, Michael Hayden, and Philip Mudd had all denounced Trump when he ran in 2016. Former CIA operations officer Evan McMullin even ran against him as an independent presidential candidate.

What’s more, the list of those denouncing consideration of Hunter Biden’s laptop revelations prior to the election was dominated by the CIA. (see the list of CIA signers at the end of this column). Their letter was used by Joe Biden during the campaign to suggest the laptop story was a Russian plot.

What does the CIA have to hide?

Our 2015 book, The Sword of Revolution and the Communist Apocalypse, features an interview with a former U.S. intelligence agency official who explained how the Sino-Soviet split deceived U.S. policymakers and weakened the Free World. His perspective was a dissenting view in the CIA and intelligence community bureaucracy.

Such thinking is evident in media stories about the “accidental” nature of where and how the China virus came to be. You are not permitted to believe that the Communist Chinese would deliberately infect the world.

The Office of the Director of National Intelligence says that the Intelligence Community “concurs with the wide scientific consensus that the COVID-19 virus was not manmade or genetically modified.” Our intelligence agencies have gotten it wrong before. Did they get this one wrong, too? Or did they get it wrong deliberately because they are compromised by the Chinese?

Strassel is the latest “conservative” media figure to fall for Barr’s nonsense. She also wrote a May 18, 2017, column about the appointment of Russia-gate prosecutor Robert S. Mueller, saying the former FBI director was “as skilled and upright as they come” and insisted that his name comes associated with such words as “integrity, honor, respect, order, discipline, honesty, fairness.” She added that “…nobody doubts Mr. Mueller will lead as professional an investigation as he is capable of conducting.”

Another dupe was Mark Levin, who gave Barr a platform on his show to spout nonsense while failing to get to the bottom of Obama-gate. Barr ruled out prosecuting Obama and/or his Vice President Joe Biden for a criminal conspiracy to destroy the Trump presidency.

Barr did appoint a special counsel to look into Obama-gate, but there’s nothing to report here, either, except for a low-level FBI fall guy.

Barr dropped the Flynn case and made occasional statements about how Russia-gate prosecutor Robert Mueller had gone too far. He also made grunts and groans about missteps by the Deep State, especially on Mark Levin’s program.

Basically, his message was that the Deep State was a little sloppy.

But there’s more. Barr “makes no apology for declining to divulge before the election that Hunter Biden was under investigation,” Strassel reports in her column. In other words, he covered-up for China Joe and his family.

Now, why would he suppress that news? Perhaps because his former colleagues in the CIA were telling him that the Hunter Biden laptop emails were part of a Russian plot.

“From 1973 to 1977,” says his official bio, “he served in the Central Intelligence Agency before receiving his J.D. with highest honors from George Washington University Law School in 1977.”

I am not sure what “served” means. I would change it to present tense “serves.”

The New York Times trumpeted the news that Barr had told Strassel that the CIA was cleared in Russia-gate. It said, “The Justice Department’s examination of the investigations into Russia’s interference in the 2016 election has cleared the C.I.A. of suspicions that it targeted President Trump and his associates, Attorney General William P. Barr said in an interview published on Friday.”

The phrase “The CIA stayed in its lane” is now part of the history of Russia-gate, despite the evidence to the contrary.

The Federalist reported before the election that CIA Director Gina Haspel is “personally blocking the declassification and release” of key Russia-gate documents in the hopes that President Donald Trump will lose his re-election bid and because they “could embarrass the CIA and potentially even implicate Haspel herself.”

“Haspel has repeatedly lied to the president about the status of documents to be declassified,” one intelligence community source told the publication.

When Trump nominated Haspel for the position, the White House said she had “gained widespread support from former intelligence and national security officials,” many of whom opposed Trump. The White House cited these “facts,” among others:

The White House was trying to feed the beast, to appease the Deep State. The CIA returned the favor by branding the incriminating Hunter Biden laptop emails as a Russian plot. And Barr has the audacity to say the agency “stayed in its lane.”

Let’s take a look at the admitted CIA names on the list of those denouncing consideration of Hunter Biden’s laptop revelations prior to the election (Remember that they signed a letter for Joe Biden suggesting the laptop story was a Russian plot):

In addition, reported the letter signers, there were “nine additional former IC [Intelligence Community] oﬃcers who cannot be named publicly” and “also support the arguments in this letter.”

Remember these CIA and Intelligence Community people signed a letter designed to usher China Joe Biden into the White House by claiming that the story of the Hunter Biden laptop emails, suppressed by Big Tech, had “all the classic earmarks of a Russian information operation.”

Using the Wall Street Journal columnist Strassel as a mouthpiece, Bill Barr says the CIA stayed in its lane. If true, that’s frightening. It means they’re they are trying to bring to power a pawn of the Communist Chinese.

Trump must resist by any means necessary.