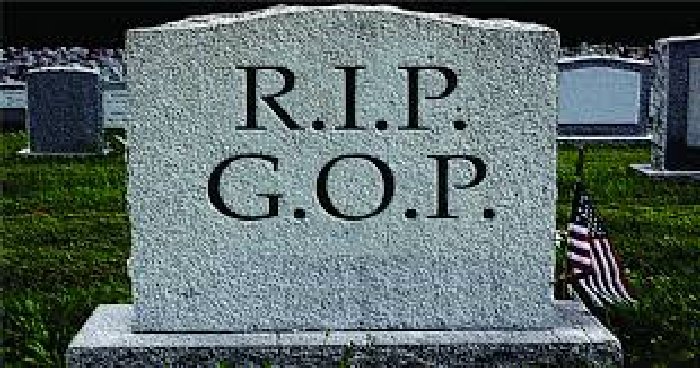 Corey Lewandowski, the senior adviser to President Trump, is being quoted as saying there will be a “big backlash” to Democratic control of both Congress and the White House in the midterm elections in 2022. Referring to the 2022 midterms, Rush Limbaugh told his audience. “…it is still the only avenue you have.” But columnist Vic Biorseth of Catholic American Thinker responds, “I have my doubts about that. All the fraudulent business is still in place.” He’s referring to the election fraud machinery.

Citing these and other reasons, Gizzi says enthusiasm for the Republican candidates in runoffs on the part of “Trump conservatives” was clearly depressed.

“The failure of the majority leader [Mitch McConnell] to back up any of the president’s claims about vote-stealing in Georgia and his early congratulations of Joe Biden as president-elect fueled Trump supporters’ animosity toward him,” he added.

With a Republican establishment at odds with the president and unwilling to clean up the system and restore election integrity, the political environment was open to a Democratic Party takeover of the Senate and the creation of a one-party state.

In addition to failing to expose and stop fraudulent elections, the Republicans have been ineffective in stopping Big Tech censorship, now accelerating as the Democrats implement one-party control of the government. My own group America’s Survival has been prohibited by Weebly, our website provider, from even sending emails from a service that we paid for. We were told their “policy” was the reason. Weebly is owned by Square, run by Jack Dorsey of Twitter. Several different email services are banning conservatives.

You can be sure that modern-day Marxists applied communist Jan Kozak’s lessons to America.

In How Parliament Can Play a Revolutionary Part in Transition to Socialism, he described the communist takeover of Czechoslovakia and declared:

The new conditions which are the consequence of the profound objective and subjective changes in the world create also new opportunities and prospects for the socialist revolution, new avenues as far as the forms of transition to socialism are concerned. In a number of countries which are particularly weakened by the conflicts within the capitalist order, the opportunity has arisen for the workers’ class to place itself firmly at the head of great popular movements for national independence, democracy, peace, and socialism, to defeat the reactionary anti-people forces striving for the maintenance, and aggravation of national oppression and exploitation, to win a decisive majority in Parliament and to change it from all organ of the bourgeois democracy into an organ of power for the democracy of working people, into a direct instrument of power for the peaceful development of the socialist revolution.

Of course, as Trump had consistently warned, the Covid-19 pandemic provided another excuse for the Democrats to rig the system.

Good conservatives are proposing packages of legislative election reforms, such as requiring IDs and proof of citizenship to vote, drastically limiting mail-in ballots, banning electronic ballots, and so forth. Such efforts on the state level might be a good organizing tool.

Others are saying that conservatives must get on the ground floor of a third-party movement. One predicts the Rockefeller branch of the two-party system, also known as the Republican Party, will go the way of the Whigs.

History shows that the Republican Party was created as the Whig Party had become a carbon copy of the pro-plantation-slavery Democrat Party. Pundits at the time said the new Republican Party was going to fizzle and flop but just six years later elected Abraham Lincoln as President.

One thought on “Rest in Peace GOP”