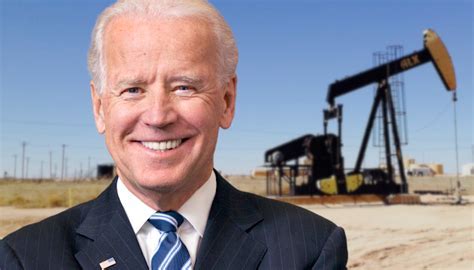 If President Trump had been colluding with Russia, the first thing he would have done would have been to cancel the Keystone XL pipeline and otherwise prevent our achieving energy independence. Russia was once described as being a gas station masquerading as a country. Its only commodities of value are weapons and oil. Building Keystone XL and unleashing fracking was Trump’s way of screwing with Putin’s ambitions, not rewarding them.

We would have to wait for Joe Biden to collude with Russia on energy by banning Keystone XL and declaring war on fracking. As Helen Raleigh, writing in The Federalist, notes:

The first executive decision that benefits Russia was Biden’s executive order to rescind the permit for the Keystone XL pipeline. The Keystone project plans to build a 1,200-mile pipeline from Alberta, Canada to Nebraska, where it would join existing pipelines so 830,000 daily barrels of oil from Canada can easily reach refineries and ports on the Gulf Coast. From there, they could be exported conveniently to the rest of the world market.

The Canadian company that proposed the project, TC Energy (formerly TransCanada), applied for U.S. government approval of the project in 2008 when America was experiencing one of the worst economic recessions in our nation’s history. A study by the Obama administration’s State Department estimated the pipeline would create “3,200 temporary construction jobs directly, 42,000 additional jobs indirectly, and generate over $2 billion in wages.”…

Biden’s decision is an insult to Canada, one of America’s most trusted allies. Canadian Prime Minister Justin Trudeau expressed disappointment as the pipeline “supports thousands of jobs on both sides of the border.”

Biden’s decision rewards our enemies like Russia, China, Venezuela, and Iran and betrays our allies like Canada and Western Europe. It also rewards a benefactor and friend of the Biden/Obama administration, billionaire Warren Buffet, who stands to make a tidy profit as his dangerous oil tank cars carry the crude the Keystone XL pipeline would have carried safely.

When President Obama announced he was killing the Keystone XL pipeline, he said he was agreeing with the State Department’s assessment that the pipeline from Canada “would not serve the national interests of the United States.” The fact is that it would not have benefitted the personal financial interests of his friend and economic mentor, Warren Buffett, who can rest assured oil from Canada and the nearby Bakken formation in North Dakota will continue to be transported by a railroad he owns. As Investor’s Business Daily noted in a 2011 editorial:

As oil production ramps up in the Bakken fields of North Dakota, plans to use the pipeline to transport it has been dashed.

As a result, North Dakota’s booming oil producers will have to rely even more on the Burlington Northern Santa Fe (BNSF) railroad, which Buffett just bought, to ship it to refineries.

When President Obama was first running for office, he publicly declared that Warren Buffet was his prime source for economic advice. As CNBC noted in July 2008:

Barack Obama calls on Warren Buffett, among others, as he turns his attention to the troubled U.S. economy now that he’s returned from his international tour that featured a well-attended speech in Berlin.

In an interview with Tom Brokaw on NBC’s Meet the Press over the weekend, Obama said that today he would be “pulling together” some of his “core economic advisers” to “examine the policies that we’ve already put forward–a middle-class tax cut, the second round of stimulus, an effort to shore up the housing market in addition to the bill that was already passed through Congress, what we need to do in terms of energy and infrastructure.” 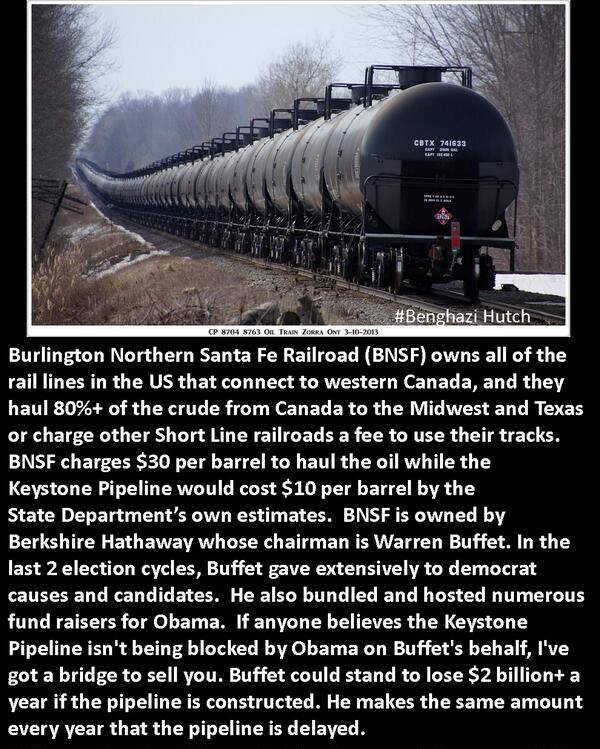 President Obama launched an endless review process that kicked the Keystone XL oil can down the road until he was ready to kill it, a non-suspicious interval of time has elapsed after economic mentor Warren Buffet would buy the railroad that would replace Keystone XL. So how did Buffett do on his investment and did he profit from buddy Obama’s delaying and then killing the pipeline? Some would say handsomely. As Forbes reported last year:

His company, Berkshire Hathaway, purchased Burlington Northern Santa Fe for $34 billion four years ago. FORBES estimates its value has doubled since then. Part of the reason: hauling oil out of the Bakken formation of North Dakota.

Doubling a $34 billion investment in just four years is huge. Warren Buffett is a respected investor but it doesn’t hurt to have the ear of the President as he kills off your competition in oil transport. As Investor’s Business Daily editorialized in January:

Keystone XL would bring up to 830,000 barrels of oil per day and directly create 20,000 truly shovel-ready jobs. And it would carry not only Canadian oil but also oil from the Bakken shale formation of North Dakota.

Even if it carried only Canadian oil to foreign markets, it and the Gulf Coast refineries that would process the oil would be operated not by robots but by American workers. Would President Obama rather live in a world dependent on oil from North America or on oil from the Middle East and OPEC?

President Obama said these would only be temporary jobs. But so are the infrastructure jobs he favors. Building a bridge creates jobs, but are they “temporary” because the bridge will eventually be completed? The workers will simply move on to the next project. So will the Keystone XL workers, particularly if we remove the restrictions on and animus toward fossil fuel development.

How could it not benefit our national economic and security interest? With a proposed linkup with the booming production in North Dakota, North American energy independence would be assured forever. If we also lifted the ban on exporting crude, the geopolitical stage would experience a seismic shift felt from Riyadh to Moscow as North American crude and liquefied natural gas offered countries a source immune from Middle East eruptions.

Sure gasoline prices have fallen, but largely due to another technology President Obama and his environmentalist base opposed, also for alleged environmental reasons – hydraulic fracturing or “fracking.” When they go up again, and they will, wouldn’t it be nice to keep our petrodollars here at home?

According to the State Department reviews of Keystone XL, the pipeline project would likely have less impact on the environment than the plane Biden flies around in. As Investor’s Business Daily noted, Keystone XL would not affect greenhouse gas emissions in any meaningful way:

The State Department also found it “very unlikely” that the pipeline would affect water quality in any of the four aquifers through which it crossed. It also concluded that along one part of the proposed route, in the case of a large-scale oil spill, “these impacts would typically be limited to within several hundred feet of the release source, and would not affect groundwater.” There would be no greater danger than that posed by any of the more than 50,000 existing miles of safely operating pipeline already crisscrossing the U.S., including Nebraska and the Ogallala Aquifer. 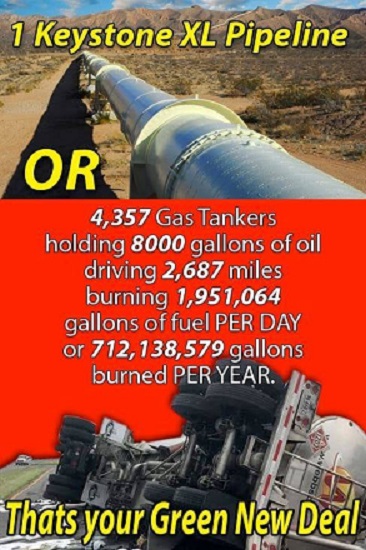 He (Obama) has run out of excuses after yet another State Department review released Friday found that the project would have no real impact on climate change because the Canadian crude it would transport is going to be extracted from the oil sands if Alberta whether it is built or not.

The review found that the “approval or denial of any single project is unlikely to significantly affect the rate of extraction of the oil in the oil sands, or the refining of heavy crude on the U.S. Gulf Coast,” a State Department official told reporters Friday. …

The oil will be extracted whether Keystone XL is built or not. The pipeline itself, which will also carry Bakken crude from North Dakota, will create tens of thousands of high-paying union jobs. According to the American Economic Forum, the seven-year delay on Keystone XL has already cost the American economy $175 billion in lost economic activity.

The 830,000 barrels of crude oil per day from the oil sands of Alberta, Canada, will be produced anyway, so no carbon savings there. Canada has already said if their oil is not allowed to flow south it will flow west to tankers ready to take it to a waiting and energy-hungry China. China is also building a coal-fired plant big enough to power San Diego each week as the Obama administration declares war on coal.

“Make no mistake,” Canadian Natural Resources Minister Joe Oliver said in a recent speech at the Center for Strategic and International Studies, “Canadian resource development and export, including from the oil sands, will continue, Keystone or no Keystone.”

Growing economies like China and India are going to need energy and Canada will sell it to them. This is another quid pro quo involving Joe Biden, Hunter Biden, and China. Joe Biden once said a rising China should be welcomed.

Warren Buffet’s oil tank cars will generate more pollution and death than the Keystone XL pipeline ever could.  A State Department analysis released in June 2014, rejected the Keystone XL pipeline project and said it would result in 2,947 injuries and 434 deaths as oil companies shipped their oil by other means, including rail, that are demonstrably less-safe than pipelines. 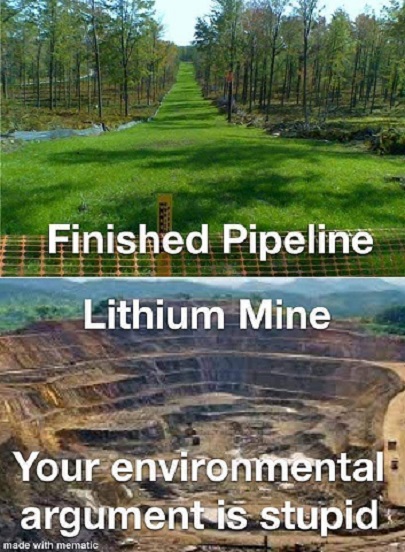 The June State Department analysis cites a recent series of oil train disasters, including one derailment near Lynchburg, VA that leaked some 30,000 gallons of crude into the James River. In May 2014, six cars of a 100-car Union Pacific crude oil train derailed just west of LaSalle, Colorado, spilling their contents into the countryside.

These derailments weren’t deadly but some are. In July 2013, a train loaded with North Dakota crude derailed and burned in the Quebec town of Lac-Megantic, 130 miles east of Montreal. The accident created an inferno of burning crude, killing 47, and incinerating the downtown area.

Casselton, ND (pop. 2,400), recently had a near brush with tragedy after a train of tanker cars carrying crude oil derailed just outside the town, resulting in fiery explosions and spilling 400,000 gallons of oil into the surrounding area. Had it derailed in the city center, it would have been a major catastrophe.

The danger of rail shipments from Bakken is heightened by the fact that Bakken crude is more flammable than other crude, according to the Pipeline and Hazardous Materials Safety Administration (PHMSA). “The no-action alternative of rail is a misguided plan,” former PHMSA head Brigham McCown is quoted in the Washington Free Beacon. “Pipelines have proven themselves to be safer, more environmentally friendly, and more cost-effective than the alternative.”

Environmentalists who claim that the Keystone XL pipeline from Canada represents an unprecedented environmental threat ignore that the pipeline would pose no greater danger than the more than 50,000 existing miles of safely operating pipeline already crisscrossing the U.S.

A 2012 study from the free-market Manhattan Institute said trains spill 33 times more oil than pipelines. “The evidence is so overwhelming that railroads are far less safe than pipelines,” says Charles Ebinger, director of the Brookings Institution’s energy security initiative.

And isn’t it curious that as Joe makes war on American energy, his son made millions working for a foreign energy company, Ukraine’s Burisma. Apparently, their energy development doesn’t facilitate climate change or pollute the environment. And just where does John Kerry think the aviation fuel for his private jet comes from? 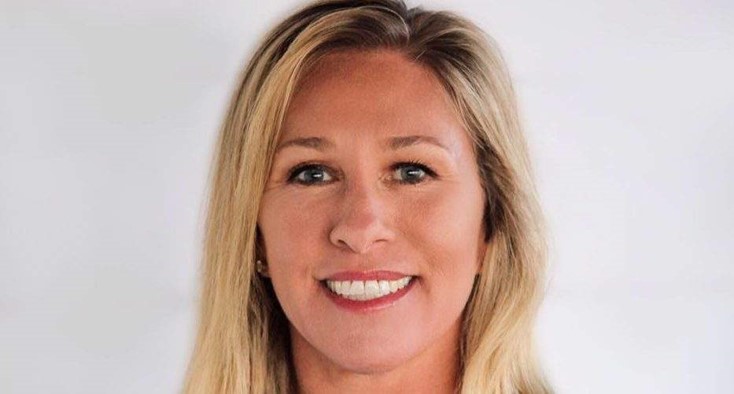 The thought of censoring Marjorie Taylor Greene for pointing out possible sexual perversities committed by those in high places is like telling us that Jeffery Epstein made his money selling junk bonds.