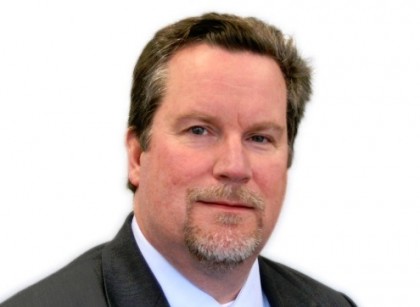 As my family was visiting Rome in February of 2020, we took a tour of the Colosseum only to discover a statue of Moloch, the pagan deity of child sacrifice, being displayed. It was truly shocking. The Colosseum is viewed by many Christians as a sacred site because early Christians were martyred there. Sacrifice and resurrection are what we celebrate on Easter.

But the devil is staging a counter-attack. On Good Friday, a Nation of Islam lunatic fanatic attacked the Capitol and died in a confrontation with police. He killed one officer and injured another. He believed, as Louis Farrakhan does, that white men are devils. He described Farrakhan as the Messiah and posted the statement, “The U.S. Government is the no.1 enemy of Black people!”

Exhibiting similar thinking, Defense Secretary Lloyd Austin, the first black man to lead the Pentagon, vows to purge the “enemies within.” He leaves no doubt these are white people of a conservative persuasion.

We are constantly lectured about the “systemic nature of racist police violence” in the murder trial of police officer Derek Chauvin, when the evidence shows that the black “victim,” George Floyd, was high on drugs, kicking and screaming, and foaming at the mouth. The police had no alternative but to pin him down with a knee to the neck, an acceptable police procedure when a suspect goes berserk.

Almost everywhere you look, in the name of diversity and inclusion, white people, especially white men, are demonized, when it’s the black family in need of redemption.

But rather than address this problem, black leadership demonizes “whitey,” demands reparations, and resists demands for fair and honest elections. Their constant racist bullying has now forced Major League Baseball to toe the line, making sports another instrument for Marxist domination of the culture.

The corruption is deep, affecting all major institutions, but the impact in the military has to be considered in some detail. The U.S. Navy now teaches that sailors can promote Black Lives Matter, a group that explicitly called for disrupting the “Western-prescribed nuclear family structure” before this statement was taken down for being too Marxist.

In this context, Mark J. Perry has posted new data from the National Center for Health Statistics on the percent of U.S. births to unmarried women by race in 2019. Blacks are at the top, with 70 percent.

With tongue in cheek, scholar Charles Murray commented, “Nothing to see here. Move along.”

Moving on, the Defense Department has issued a press release saying the Pentagon “proudly recognizes transgender and gender non-conforming people and their continued struggle for equality, security, and dignity.” Pentagon Press Secretary John F. Kirby said the DOD “will lead by example in the cause of advancing the human rights of LGBTIQ people around the world, ”with LGBTIQ standing for lesbian, gay, bisexual, transgender, intersex, and questioning individuals.

I question how the mighty Defense Department can accept DNA deniers into the ranks and make their comfort and safety a high priority.

The answer, of course, is that this stems from executive orders issued by China Joe Biden.

With the Armed Forces in decline and disarray, our only hope is that sheer military equipment, in terms of bombs, missiles, ships, and planes, will provide a deterrent of some sort to our enemies. Perhaps our military muscle alone can save us.

In an example of perfect timing, so we can understand the nature of the real enemy within, the great book, Color, Communism, and Common Sense – A True Story, has been re-published.  The author, Manning Johnson, a member of the Communist Party USA’s Negro Commission and its National Committee, describes how a communist campaign was launched after the Russian revolution to exploit the “Negro question” in the U.S. and manipulate blacks and members of other minority groups for Communist purposes.

The new post-Christian global order under development is being implemented in China and holds that a small group of powerful people will manage the future through technocracy. Some of these people believe in “transhumanism,” the use of science and technology to enhance human mental and physical characteristics, creating a virtual super-race of humans that effectively weeds out the white race and capitalism and “patriarchy” along with it. China’s “Motherland,” with those racial connotations, will assume the leading role.

On the cutting edge of research that includes creating the world’s first genetically altered babies, China has created a super-virus that continues to wipe out millions of people through variants without end.

Caught off-guard by the Chinese experiments and suspicious of Big Pharma and the global elites working with China, some Americans refuse to take advantage of life-saving vaccines developed under the auspices of former President Trump’s Operation Warp Speed. Trump got Covid but also took the vaccine and highly recommends it, as he was directing the behind-the-scenes effort that used American ingenuity and science to produce a near miracle that defeats China’s advance and plan for world domination.

Israel understands the stakes, using the vaccines to survive another planned holocaust that has already taken 2.8 million lives on the global level.

A member of the global elite, Jeffrey Epstein believed that he would, personally, be resurrected and experience a form of eternal life.  But as “the man who knew too much” with connections to Harvard and billionaires in charge of the global transition, he had to pay the price with a convenient “suicide,” when his pedophilia became too explicit for law enforcement authorities to ignore.

Our media have been to busy suppressing “conspiracy theories” about a Satanic elite practicing pedophilia to let Epstein carry on publicly for too long.

As we hopefully come to our senses with God’s guidance and return to basic Biblical truths, one important place to start is National DNA Day on April 25. The Marxist left will, of course, attempt to exploit this event with special seminars, discussions, and guest speakers for their own purposes. Their agenda, carried forward in Jeffrey Epstein’s absence, is to re-engineer humanity. China is their model and hope for the world.

It sounds simplistic, but we should begin by emphasizing the basic facts of life, revealed in DNA, that men are men, and women are women. Another fact of life is that an unborn baby is unique from the moment of conception because of its DNA. These happen to correspond with Biblical truths.

Biden/Harris, who claim to be people of faith, believe that a baby is the property of the mother, in the same way slaves were the property of slave owners. Biden/Harris are DNA deniers who oppose the scientific proof of human life and human differences.

In this monumental debate, which goes to the heart of the Christian faith, we will find out whether Christians will defend that faith.

The devil, if truth be told, is behind this assault on Christianity.

The reality of this spiritual battle was impressed upon me when, a year ago, on the occasion of Easter, I wrote a column noting that six exorcisms were being conducted in the Catholic Archdiocese of Washington. An exorcism in Mount Rainier, Maryland, in the Washington, D.C. area, inspired the book by William Peter Blatty and the film, “The Exorcist.” Blatty also wrote Legion, a book about demons based on Satan’s proclamation, “My name is Legion, for we are many,” in answer to Jesus’ question, “What is your name?”

His book The Ninth Configuration (also a film) examines our present circumstances, looking at the improbability based on mathematics that the earth was created by chance.

But if we are here because of God, why doesn’t He save us?

“Maybe God can’t interfere in our affairs,” says one character. “Maybe God can’t interfere because to do so would spoil his plan for something in the future. Some evolution of man and the world that’s so unimaginably beautiful that it’s worth all the tears and all the pain of every suffering thing that ever lived; and maybe when we get to that moment in time we’ll look back and say, “Yes; yes, I’m glad that it was so!”

God can’t interfere but He can make his presence known, in a way that defies human logic and demands faith.

Many countries go through periods of decline. The Christian existentialist philosopher, Soren Kierkegaard, had described corruption in the Danish State Church, declaring that everyone knew privately that the system was rotten and corrupt but they would not say so publicly. “Just as one says that death has marked a man, so we recognize the symptoms which demand to be attacked. It is a battle against lies,” he said.

That is our society today.

America has made a leap into Marxism.

America’s current plight reminds me of the 1975 film, “Race With The Devil,” about friends trying to escape a Satanic cult. On a road trip and vacation in the wilderness, they witness from afar a human sacrifice and try to escape when they are discovered by the Satanic participants. At the end, the vacationers think they’re safe when they are actually surrounded. In real life, we, too, are surrounded.

“When you race with the devil, you better be faster than hell,” says the announcer for the film.

America may not survive without outside help. 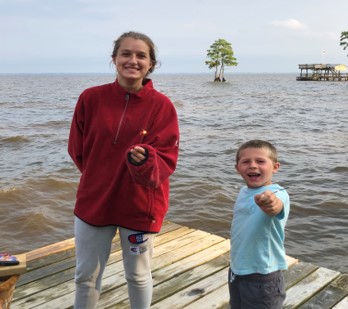 In a world gone mad there is one stabilizer to keep you sane…the children.