Hat tip to Christopher Rufo for his tireless work and investigations including obtaining tangible real evidence. 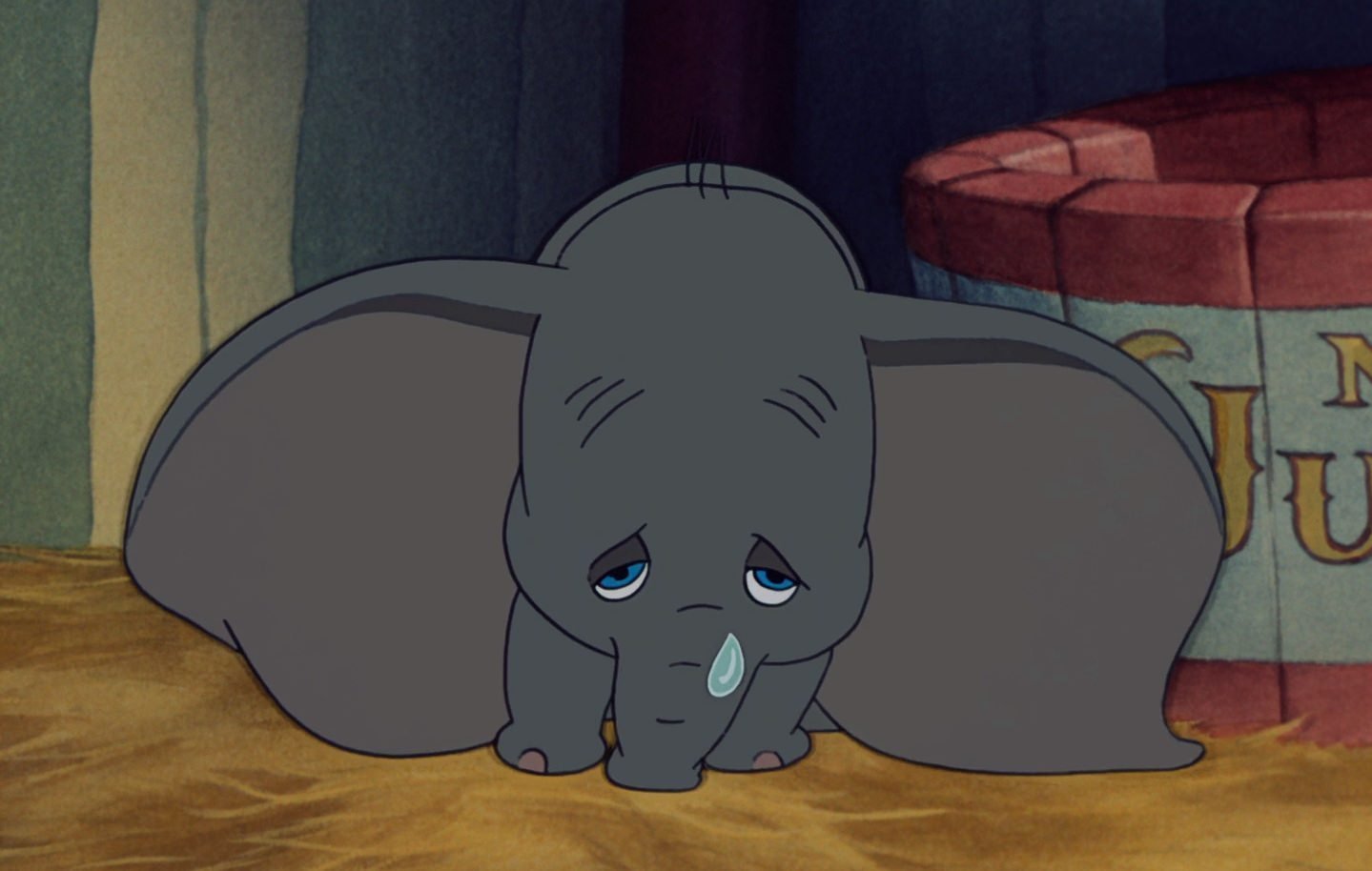 The Walt Disney Corporation famously bills its amusement parks as “the happiest place on Earth,” but inside the company’s headquarters in Burbank, California, a conflict is brewing. In the past year, Disney executives have elevated the ideology of critical race theory into a new corporate dogma, bombarded employees with training on “systemic racism,” “white privilege,” “white fragility,” and “white saviors,” and launched racially segregated “affinity groups” at the company’s headquarters.

I have obtained a trove of whistleblower documents related to Disney’s “diversity and inclusion” program, called “Reimagine Tomorrow,” which paints a disturbing picture of the company’s embrace of racial politics. Multiple Disney employees, who requested anonymity out of fear of reprisals, told me that the Reimagine Tomorrow program, though perhaps noble in intent, has become deeply politicized and engulfed parts of the company in racial conflict.

The core of Disney’s racial program is a series of training modules on “antiracism.” In one, called “Allyship for Race Consciousness,” the company tells employees that they must “take ownership of educating [themselves] about structural anti-Black racism” and that they should “not rely on [their] Black colleagues to educate [them],” because it is “emotionally taxing.” The United States, the document claims, has a “long history of systemic racism and transphobia,” and white employees, in particular, must “work through feelings of guilt, shame, and defensiveness to understand what is beneath them and what needs to be healed.” Disney recommends that employees atone by “challeng[ing] colorblind ideologies and rhetoric” such as “All Lives Matter” and “I don’t see color”; they must “listen with empathy [to] Black colleagues” and must “not question or debate Black colleagues’ lived experience.”

In another module, called “What Can I Do About Racism?,” Disney tells employees that they should reject “equality,” with a focus on “equal treatment and access to opportunities,” and instead strive for “equity,” with a focus on “the equality of outcome.” The training also includes a series of lessons on “implicit biases,” “microaggressions,” and “becoming an antiracist.” The company tells employees that they must “reflect” on America’s “racist infrastructure” and “think carefully about whether or not your wealth, income, treatment by the criminal justice system, employment, access to housing, health care, political power, and education might be different if you were of a different race.”

In order to put these ideas into action, Disney sponsored the creation of the “21-Day Racial Equity and Social Justice Challenge” in partnership with the YWCA and included the program in its recommended resources for employees. The challenge begins with information on “systemic racism” and asks participants to accept that they have “all been raised in a society that elevates white culture over others.” Participants then learn about their “white privilege” and are asked to fill out a white privilege “checklist,” with options including: “I am white,” I am heterosexual,” “I am a man,” “I still identity as the gender I was born in,” “I have never been raped,” “I don’t rely on public transportation,” and “I have never been called a terrorist.” The full summary is here.

Likely after hiring a crisis management firm to review and respond….here is the statement Disney published: 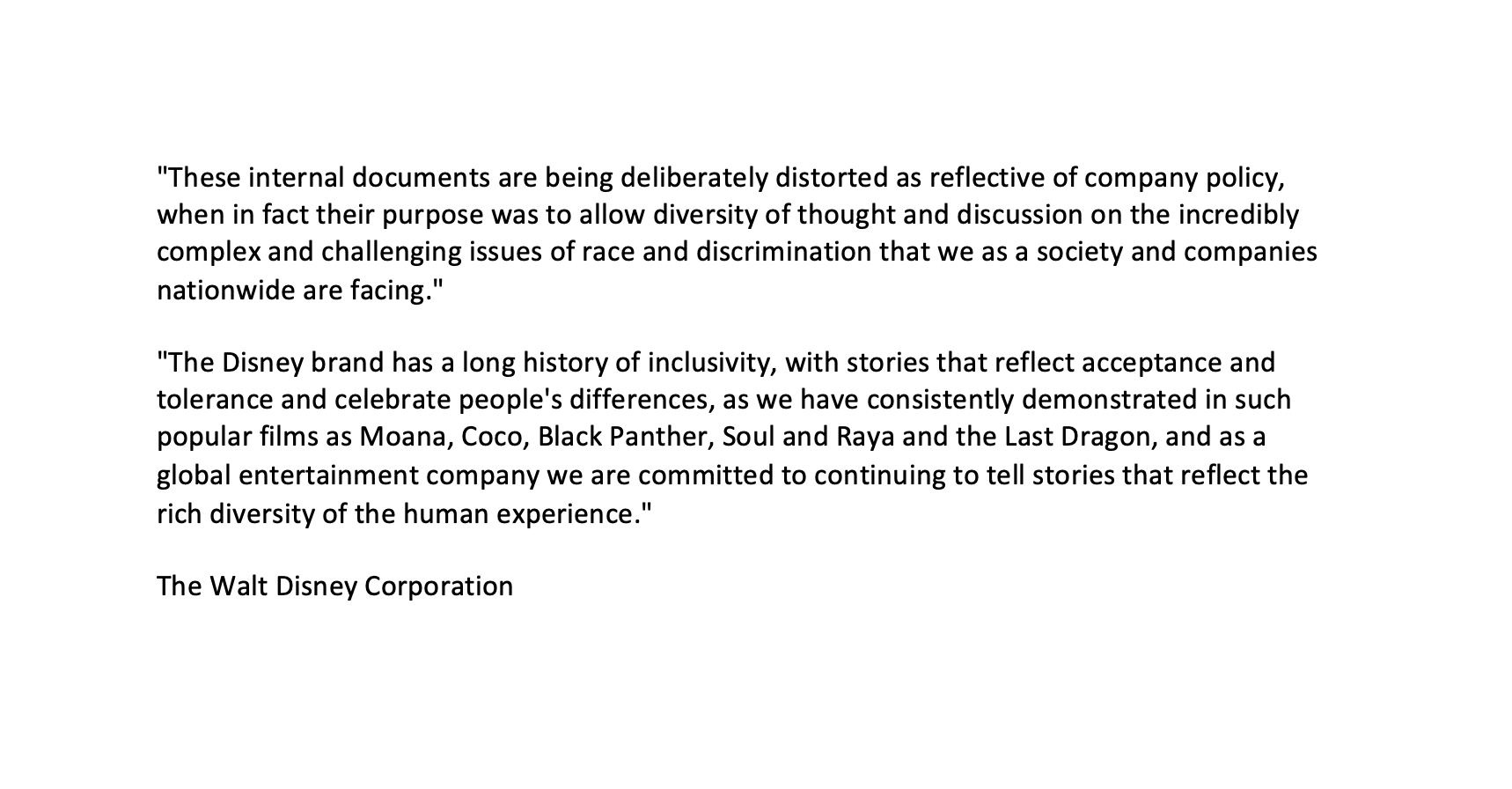 Christopher Rufo is not buying it –>

Disney has released a statement claiming that my reporting “distorted” their antiracism program. This is false. I published direct quotations, contextual screenshots, and the original source documents in their entirety.

Disney is distorting the truth—and I won’t stand for it. pic.twitter.com/w7eEcKyduq