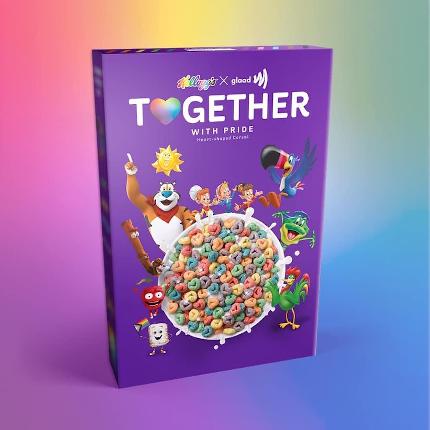 The gnomes of Snap Crackle and Pop have new meaning in the 21st century, a far cry from their inception, but perhaps more momentous.

Who could have imagined in 1933, when The Kellogg Company invented the advertising gnomes, SNAP, CRACKLE, and POP for its Rice Krispies cereal, that the words would be prescient for the early 21st century? Kellogg’s words merely evoked the sounds of the product’s bursting in milk, but today they could be applied to no less a calamity than the demise of Western culture.

SNAP – The sudden sound of a break

1933 was our worst depression year. We had prohibition, bootlegging, speakeasies, and people traveling roads and rails in search of work, as in Steinbeck’s world Of Mice and Men. The 21st Amendment to our Constitution was ratified to return to the States the power to regulate the sales of alcohol and restore freedom of choice to the public. By 1938, Winston Churchill was calling upon the US to prepare for armed resistance against Adolph Hitler, although our majority preferred neutrality. We supported the British Commonwealth and officially entered the war in 1941, following the Japanese attack on Pearl Harbor. In ‘42, the World War became official. Our citizens mobilized for the war effort, and we were a nation united in a common cause. In the same year, the Declaration of the United Nations was signed by 26 nations.

Our entry into WW II caused vast changes in every aspect of American life. Men and women joined our military services and labor force, and by the war’s end, we were in better economic condition than any other country in the world. We became affluent, veterans were attending college on the GI Bill of Rights, and people were marrying and growing families. We were a strong, happy, powerful, and culturally-unified country, overwhelmingly good and generous, with a center-right middle class that was proud to have helped win the war against the world’s evil despots. But, as author David Kupelian explained in his book, The Snapping of the American Mind, something happened.

By the time our troops returned home from fighting communism in Vietnam, they discovered that the enemy ideology was entrenched in our own society. The Marxists of the Frankfurt School were busy making the “long march through our institutions,” establishing their pernicious Critical Theory that has since spawned the Critical Race Theory. Our children were being taught to rebel against God, the Ten Commandments, the Constitution of the United States, and our Judeo-Christian principles, while also sanctioning murder, theft, adultery, sex outside of marriage, and the equity of social justice.

They penetrated our society through media, Hollywood, churches, and corporations, to destroy American exceptionalism, our history, progress, and universal moral values that unified us and made us great. Sixty-nine million Americans were driven to elect a black President Obama, despite his diehard Marxist goals, to prove we were not racist, and communism surreptitiously permeated the next generation. The lies and accusations used against President Trump were their way of demeaning him in the eyes of the public; the left had no agenda to otherwise woo the voters.

CRACKLE – Shatter, to become covered with a network of fine cracks

We have been cracking apart into conflicting tribes defined by skin color, sexuality, financial success, religion, fear, and envy. Half our population is deranged with a philosophy that has turned them against our laws, our civilization, how we identify ourselves, and in denial that we had formed for ourselves a great and welcoming nation. We now have a generation that has no regard for morals or virtue, for truth or our historical memory, for behavioral boundaries, or, in fact, for the physical boundaries that define our nation’s sovereignty.

The ultimate goal of Communism is to build a society that owes allegiance to the State above all else – above the love of God and family. The goal will be achieved when people even forget that a demolition once occurred.

Our language is under attack because corrupt words produce corrupt thinking. Some words are outright banned; others redefined, suppressed, and replaced by inconceivable concepts and euphemisms for public acceptance. Our children are victims of leftist ideologists, immersed in bigotry and sexuality (Critical Race Theory), which are known to cause irreparable emotional damage while our government calls the dedicated parents “extremists,” and allows jihadis and criminals to enter and vanish.

People across the globe are driven to worry and submission to the regime. Gratitude has made way to demands for entitlements, tolerance for demands by the intolerant. Rights are demanded, responsibilities scorned. Freedom of speech has been quashed; racism and hate have become respectable. The fearful and foolish have allowed themselves to be hoodwinked, robbed of their faith and Constitution, and controlled by debilitating dread, depression, addictions, and suicide.

Our people have been threatened and paralyzed by the fear of a viral illness created in Wuhan, China, with significant American collaboration and money. Young and old were intimidated into self-imprisonment; to wear masks that inhibited their necessary oxygen intake and communication; to accepting injections whose substances and metallic parasites were considered “trade secrets.” Although physicians and scientists declared Ivermectin and Hydroxychloroquine (HCQ) to be FDA-approved and perfectly safe as prophylaxis and cures, they were denounced and prohibited by the media, pharmacological corporations, and hospitals for reasons of financial profit. Those who resist the procedures are denounced, fired from their jobs, restricted from certain establishments, penalized, treated as pariahs – our modern-day lepers – and our formerly benign society becomes malignant.

POP – The sound of an explosion, the flashpoint, zero-hour. The components for us today:

The Wuhan virus and the pursuit of control through obligatory international “immunization.” The innocuous-sounding “gain of function,” is nothing less than the biological research aimed at increasing the virulence and lethality of pathogens and viruses, and the suppression of adverse reaction reports. Students and the military being coerced to accept the vaccinations – “medical rape.”

Repeated lockdowns and restrictions that led to Illness and death, businesses closed and farming communities nearing extinction due to globalization and substantial welfare checks that discourage a returning workforce; political polarization; corporate farming with technology; financial struggles and alarming suicide rates, with the greatest increase being within the 15-24 age bracket, anonymous victims of the Wuhan virus.

Phasing out our fossil fuels has endangered our oil industry and sent gas prices through the roof. Biden wants trains to replace automobiles.

Overt destabilization of our economy and an increase in overall control by the elite for the purpose of permanently destroying our free and thriving capitalist republic for communist and Islamist tyranny.

Two million migrants are predicted to invade the US this year alone.

A stolen election and representation in government.

The individual’s dignity and rights guaranteed by the Ten Commandments and our Bill of Rights stolen.

Leftist propaganda turning the minds of children away from family, morality, and country, despite parental objection; a severe increase in crime. Schools to introduce pre-K classes for earlier child control.

Kellogg’s imps are, of course, coincidental, but the Kellogg Corporation, wittingly or not, is encouraging America’s destruction with its new spiritual warfare against our children. Their new cereal boxes are promoting and supporting LGBTQs, suggesting children create new pronouns, thereby underscoring the perversions of the leftist classrooms, the waning normalcy of their parents’ and grandparents’ generations, and actual physical harm to children’s privacy and bodies. The demands for these new human rights of requiring that people accept untruths for reality, lying about what we see, come at the expense of others’ human rights.

Consider how our world has been changing and Kellogg’s has entered into the arena, pandering to the woke communities, even at its own expense. Granted, slipping sales are seen in other packaged food companies as well, but it appears that the company is inflicting harm upon itself. By devaluing family life and emphasizing the deviations from our moral society, it is destroying our children, its biggest customer base. Kellogg’s joins the insanity of the globalists’ dream of depopulation.