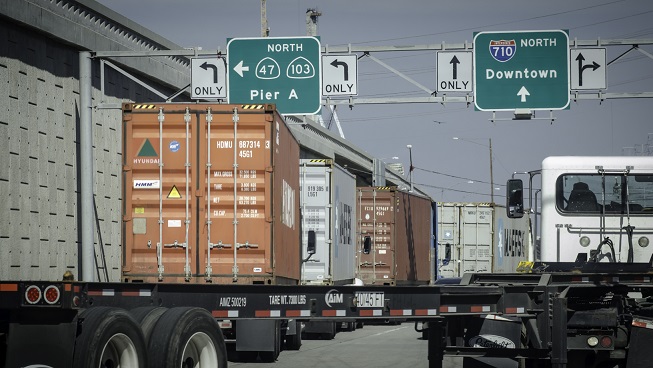 Florida’s Republican Gov. Ron DeSantis got it right when he dubbed the incompetent, incoherent, and cognitively challenged Joe Biden and his team of loonies the “Brandon Administration.” And one of the things that have earned the righteous anger of the American people is the destruction of a supply chain that was the envy of the world.

Joe Biden thinks the supply chain is too hard for us deplorables to understand as evidenced by this fabricated and nonsensical story he told recently:

What — like, for example, if I had — if we were all going out and having lunch together and I said, “Let’s ask whoever the — whoever is at the next table, no matter how — what restaurant we’re in — have them explain the supply chain to us.” You think they’d understand what we’re talking about?

They would, Joe, even if you don’t quite grasp where your ice cream comes from. They would know that the food they eat was grown somewhere else and brought to the restaurant on a truck. And they would not say, like Time Magazine recently did in agreement with administration officials, that it was their pre-dinner shopping that caused the supply chain to collapse.

Transportation Secretary Pete Buttigieg, who thinks roads are racist and who treated the supply chain crisis so seriously he took two months off for maternity, uh, paternity, uh, whatever leave to bond with a baby he adopted with his husband, is these days blaming everything from the China Virus pandemic to climate change for our clogged ports and collapsing supply chain and seems just as clueless about what to do as he was when he couldn’t fill the local potholes when he was mayor of South Bend, Indiana.

He says the crisis will not end anytime soon, blames the American consumer for buying too much stuff, and suggests the problem might go away if only we spend ourselves further into oblivion:

Transportation Secretary Pete Buttigieg warned that the ​devastating ​global supply chain troubles that continue to be a drag on the economy and threaten gift-giving during the holiday season could continue as long as the coronavirus pandemic….

He said Americans are buying more goods but the supply chain is not keeping up the pace and suggested that President Biden’s trillion-dollar bipartisan infrastructure ​plan and social spending package could help to beat back inflation and fix the supply chain woes. 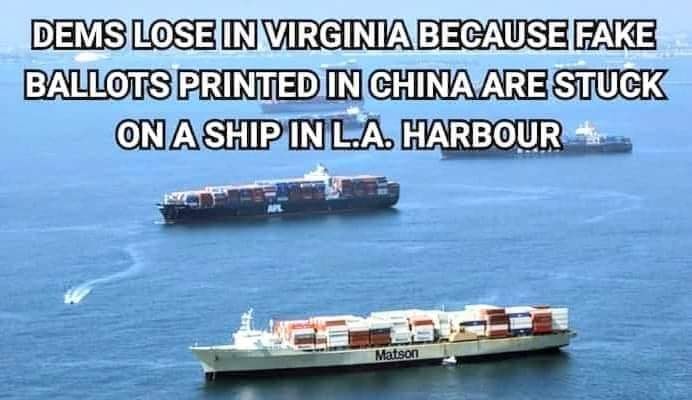 Press Secretary Jen Psaki, one of Biden’s puppet masters, made a joke about people hoping to get their treadmills before Christmas. Maybe if Biden and the health Nazis wouldn’t shut down all the gyms, maybe it wouldn’t be such an issue. People would have a Plan B.

If we made stuff here, we wouldn’t see it stuck in containers off the ports of Los Angeles and Long Beach. It’s where we make it, not where we buy it that is the problem. Critical components like microchips for cars are made, wait for it, in China. Even the heavily subsidized electric cars Biden wants to build are dependent on batteries that need imported materials like lithium and rare earth minerals largely controlled by, you guessed it, China.

Our equally clueless Commerce Secretary, Gina Raimondo, can’t explain why an administration that claims it can fix the climate, can’t fix a supply chain crisis largely of its own making, blaming it all on a private sector that was humming on all combustion engine cylinders under President Trump. Her snarky response to a question on CBS’ “Face The Nation” is revealing of her and the Biden administration’s incompetence:

Commerce Secretary Gina Raimondo told CBS’s “Face The Nation” that the government might not have a quick solution to ongoing global supply chain issues….

“Fundamentally, supply chains and logistics are run by the private sector. People say to me, ‘Will Christmas gifts be delivered?’ To which I say, ‘call FedEx.'”…

Fundamentally, supply chains and logistics are run by the private sector. People say to me, will Christmas gifts be delivered? To which I say, call FedEx. That isn’t what the government does. What we’re doing, and the president is committed to this, we’re using every tool in our toolbox to be supportive and help, to unstick the ports. 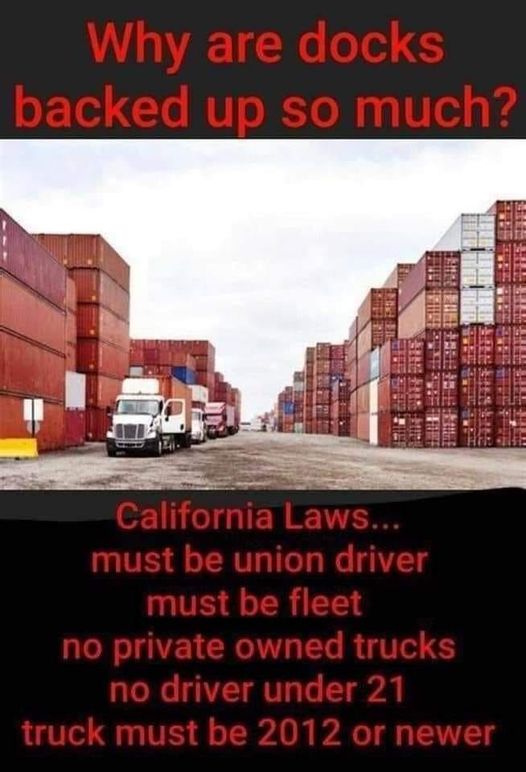 If supply chains are a private-sector responsibility and problem, why are you over-regulating it and overtaxing it, and raising the cost of conducting business? The Biden Administration has paid truckers and other key workers to stay home after pushing unnecessary lockdowns and pushing vaccination mandates that threaten to decimate transportation and many key industries. That includes dockworkers, truck drivers, and warehouse workers. As well as those who make and grow the stuff we ship are in short supply due to such short-sightedness.

The Biden administration has caused fuel costs to soar. Killing pipelines, restricting fracking and drilling have caused not only transportation costs to skyrocket but also the costs of making the stuff that is transported. Petroleum and natural gas are not only fuels but also ingredients in everything from fertilizer to plastics. Biden’s policies are putting everybody and everything in short supply.

Needless to say, Biden’s tax and economic policies are pushing manufacturing back to China. Still, eliminating the political and union bottlenecks would help even that situation. We need an Operation Warp Speed to eliminate the policies and procedures imposed by the state of California and unions on these ports:

It is in part caused by a California Truck Ban which says all trucks must be 2011 or newer and a law called AB 5 which prohibits Owner Operators.

Traditionally the ports have been served by OWNER OPERATORS (non-union).  California has now BANNED Owner Operators.

Long term, truckers in California are not investing in new trucks because California has a law that makes them illegal in 2035.  The requirement is to purchase electric trucks which do not exist. 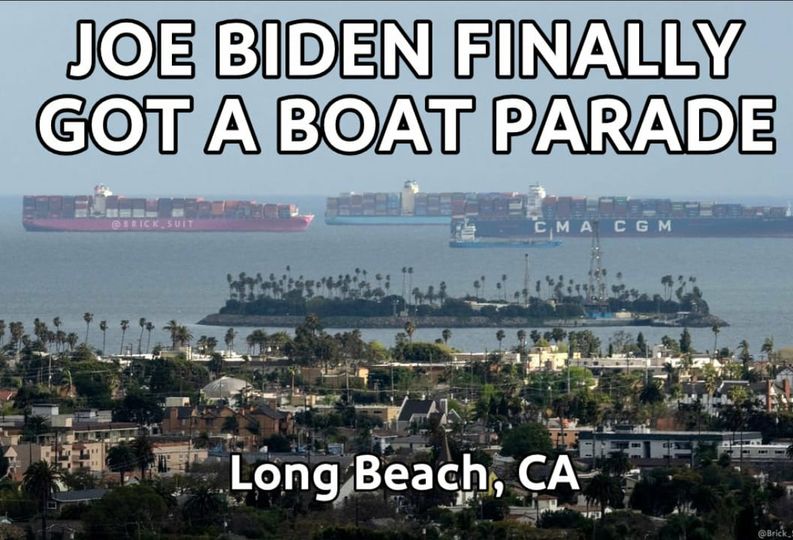 California’s run amok environmentalism has imposed bizarre restrictions on the trucking and transportation industry which have national implications:

Carriers domiciled in California with trucks older than the 2011 model or using engines manufactured before 2010, will need to meet the Board’s new Truck and Bus Regulation beginning in 2020 or their vehicles will be blocked from registration with the state’s DMV, the state has said.

The new “health-based requirements” will need to be met before a driver is allowed to register his or her truck through the Department of Motor Vehicles, CARB says. A new enforcement tool used by the DMV beginning in 2020 will automatically block 2010 and older trucks from registration.

For older vehicles, CARB says they must be either replaced with a 2011 or newer vehicle or repowered with a 2010 or newer engine.

Add to this the national prohibition on barring 18-year-olds from driving trucks across state lines. They have driven Humvees in places like Afghanistan and have gotten blown up at the Kabul airport but they can’t drive your treadmill across the country in time for Christmas.

Joe Biden, in obvious cognitive decline, once claimed to have been behind the wheel of an 18-wheeler.  Not even if it had training wheels like his tricycle.