Geopolitical analyst J.R. Nyquist examines how the Third World War is breaking out in Europe, with what Biden calls a “minor incursion” into Ukraine, followed by the prospect of an American surrender in the face of Chinese-Russian military and economic power and the continuing carnage of the China virus. In this interview, Jeff also takes on Tucker Carlson for his pro-Russian posturing on Fox News. The author of several books, including “The Fool and His Enemy: Toward a Metaphysics of Evil,” Jeff blogs at jrnyquist.blog. 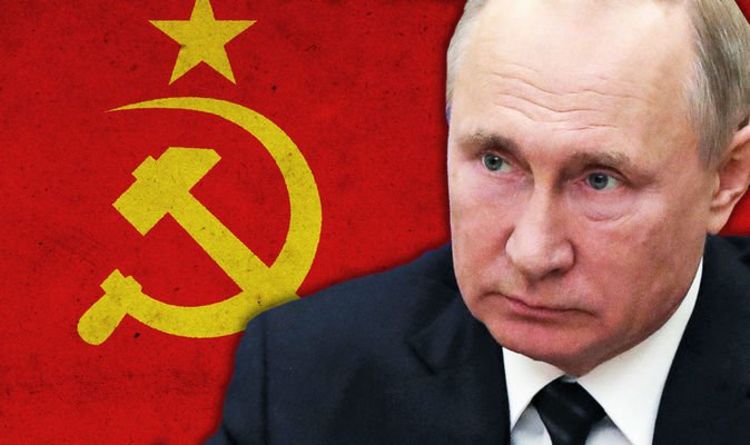 One day after whitewashing Dr. King’s anti-Americanism, Fox News launched a series on “misEducation” in America. As they say, “Physician, heal thyself.”

Sadly, anti-communist scholar Dr. Paul Kengor has missed the boat, writing a column advocating that schools drop Critical Race Theory (CRT) and instead “teach MLK,” hailing the “I Have a Dream” rhetoric of the pro-communist sex pervert “preacher” as a role model for civilized behavior.

He ignores the fact that both CRT and MLK come out of the same milieu – the Soviet campaign, launched after the Russian revolution, to exploit the “Negro question” in the U.S. and manipulate blacks and members of other minority groups for Communist purposes. The goal was a “Soviet America.”

Consider that the communist-funded journal Freedomways published the work of Derrick Bell, one of Barack Obama’s academic mentors and a Harvard professor, a key CRT theorist. However, Martin Luther King, Jr. paid tribute to W.E.B. Du Bois, who himself joined the CPUSA in 1961, at an event sponsored by Freedomways in New York City.

One can assume, had it had not been for King’s assassination in 1968, the good “Reverend” would have eventually embraced CRT. In the column he wrote for this King Day, the usually brilliant Kengor demonstrated that he is living in the past, clinging to one aspect of King’s career that totally ignores the advice he received on matters like the Vietnam War and “world revolution” from communist advisers such as Stanley Levison. However, Kengor tells me that, in his lectures, he does emphasize King’s communist ties as well as his “civil rights” record.

But the communist ties are critically important and cannot be ignored.