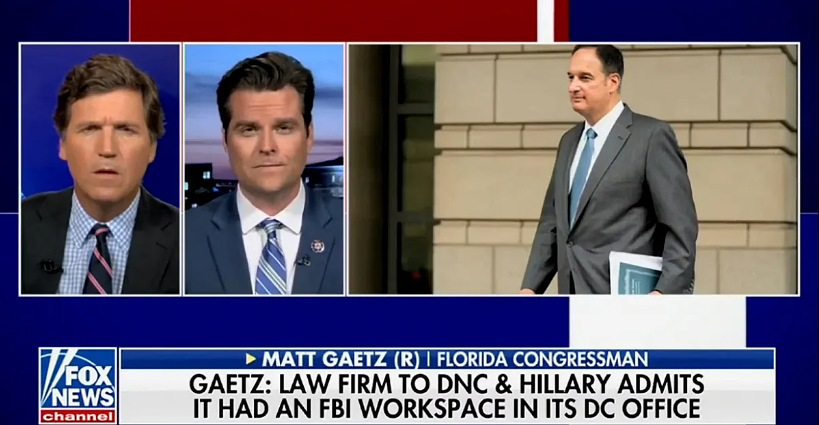 Republican Reps. Jim Jordan and Matt Gaetz have sent a letter demanding answers from the Federal Bureau of Investigation (FBI) regarding a “Secure Work Environment” the bureau has apparently been operating for years in the Washington, D.C. office of the Democratic law firm Perkins Coie.

Gaetz told Tucker Carlson on Fox News Tuesday night that he received a letter from Perkins Coie lawyers confirming that the FBI has been maintaining a “Secure Work Environment” within the Perkins Coie office for more than a decade, dating back to 2012 and that it is still in operation today.

“Perkins Coie is responsible to the FBI for maintaining the Secure Work Environment,” the letter reportedly said.

Gaetz said he’s spoken with multiple former federal prosecutors who have described the arrangement as unusual. He and Jordan, the ranking member of the House Judiciary Committee, sent a letter Wednesday to FBI Director Christopher Wray demanding an explanation.

“We have learned that since March 2012, the FBI approved and facilitated a Secure Work Environment at Perkins Coie’s Washington, D.C. office, which continues to be operational,” the letter states. “In a letter dated May 25, 2022, the law firm confirmed and acknowledged the arrangement.” source