It was November of last year, 2021 that the Commandant of the Marine Corps admitted the Corps was going woke. General David Berger planned a big overhaul and it is clearly happening. The Marines have an alleged diversity problem and a recruiting problem so the decision was made to reach out to the LGBT community to solve the issue… by painting bullets in rainbow colors to be worn in the helmet strap.

Exactly what is really going on at the Pentagon? Where is the advisory council? Is the SECDEF really good with this? How does this work in the Middle East versus militant Islam?

How about Semper Taeter Marines?

General Berger went on to retool the Corps by saying to compete we need to ‘shake its MANPOWER model’.

The Marine Corps marked the start of Pride month with an image of a combat helmet adorned with rainbow-colored bullets on Wednesday — sparking outrage over the mixing of warfare and wokeness.

“Throughout June, the USMC takes #Pride in recognizing and honoring the contributions of our LGBTQ service members,” the Marines tweeted on their official account.

“We remain committed to fostering an environment free from discrimination, and defend the values of treating all equally, with dignity and respect.”

The message was accompanied by an image reminiscent of the poster for the 1987 Vietnam War movie “Full Metal Jacket,” which featured a helmet with rounds of high-powered rifle ammo tucked into its band.

But instead of having “BORN TO KILL” scrawled across the helmet’s camouflage cover, the updated version has “PROUD TO SERVE” written on the band — and bullets colored red, orange, yellow, green, blue and purple. 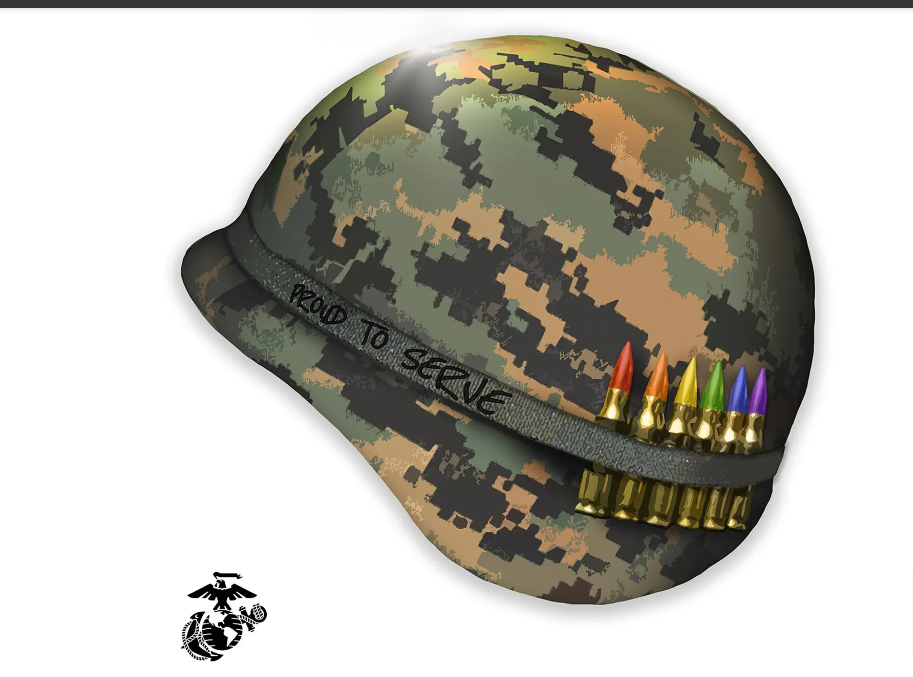 The image of the helmet with rainbow bullets was widely mocked on social media.
@USMC 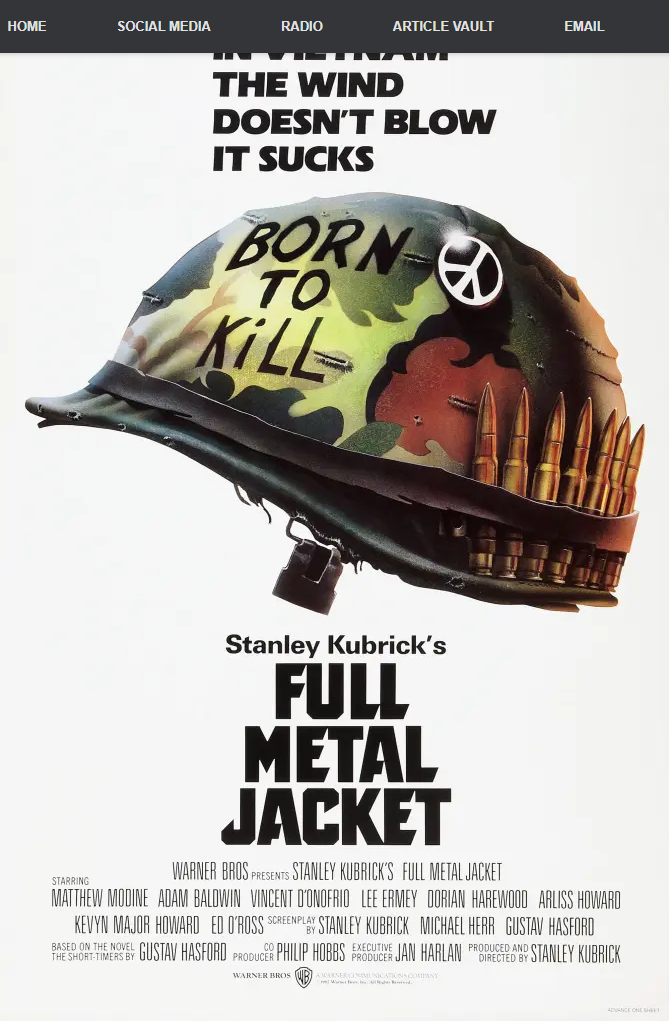 The tweet quickly prompted thousands of responses, with Erick Aguilar, a Republican congressional candidate in Florida, sarcastically asking, “Ummmm….. Is this satire?”

Jason Buttrill, whose profile says he’s a former Marine and Defense Department analyst, wrote, “F–k out of here with this. We don’t take political sides, and we don’t engage in social commentary. We kill the enemy… period.”

User @Hannibalsbarka snarked, “Getting killed by a rainbow bullet is so progressive.”

Another user, @TheRealEJones, lamented, “What the actual F. My Corp [sic]. And a great movie cover destroyed by wokism.”

User @VrishnikG also referenced “Full Metal Jacket” by posting a meme of the movie’s drill instructor, played by the late R. Lee Ermey, telling his recruits, “Here, you are all equally worthless.”

“They should’ve stuck with this message,” the tweet added.

Christina Pushaw, a spokeswoman for Florida Gov. Ron DeSantis, said, “Seriously? How does fixating on differences foster cohesion and unity?”

A similar sentiment was voiced by user @JackedTNT, who urged, “Focus on building warriors and less about social bulls–t.”

Legendary Marine Lt. General Lewis “Chesty” Puller was invoked by user @RufusDryer, who said the Corps’ most-decorated member “is rolling in his grave.”