And this should make you feel all warm and fuzzy…

Oh, say! can you see by the dawn’s early light
What so proudly we hailed at the twilight’s last gleaming;
Whose broad stripes and bright stars, through the perilous fight,
O’er the ramparts we watched were so gallantly streaming?
And the rocket’s red glare, the bombs bursting in air,
Gave proof through the night that our flag was still there:
Oh, say! does that star-spangled banner yet wave
O’er the land of the free and the home of the brave?

On the shore, dimly seen through the mists of the deep,
Where the foe’s haughty host in dread silence reposes,
What is that which the breeze, o’er the towering steep,
As it fitfully blows, half conceals, half discloses?
Now it catches the gleam of the morning’s first beam,
In fully glory reflected now shines in the stream:
‘Tis the star-spangled banner! Oh, long may it wave
O’er the land of the free and the home of the brave!

And where is that band who so vauntingly swore
That the havoc of war and the battle’s confusion
A home and a country should leave us no more?
Their blood has washed out their foul footsteps’ pollution!
No refuge could save the hireling and slave
From the terror of flight or the gloom of the grave:
And the star-spangled banner in triumph doth wave
O’er the land of the free and the home of the brave.

Oh, thus be it ever, when freemen shall stand
Between their loved home and the war’s desolation!
Blest with victory and peace, may the heav’n-rescued land
Praise the Power that hath made and preserved us a nation!
Then conquer we must, when our cause it is just,
And this be our motto: “In God is our trust”:
And the star-spangled banner in triumph shall wave
O’er the land of the free and the home of the brave.

Anger over Gaza is a distraction.
We cannot forget that Israel is the West’s best ally in a turbulent region

For far too long now it has been unfashionable in Europe to speak up for Israel. In the wake of the recent incident on board a ship full of anti-Israeli activists in the Mediterranean, it is hard to think of a more unpopular cause to champion.

In an ideal world, the assault by Israeli commandos on the Mavi Marmara would not have ended up with nine dead and a score wounded. In an ideal world, the soldiers would have been peacefully welcomed on to the ship. In an ideal world, no state, let alone a recent ally of Israel such as Turkey, would have sponsored and organised a flotilla whose sole purpose was to create an impossible situation for Israel: making it choose between giving up its security policy and the naval blockade, or risking the wrath of the world.

In our dealings with Israel, we must blow away the red mists of anger that too often cloud our judgment. A reasonable and balanced approach should encapsulate the following realities: first, the state of Israel was created by a decision of the UN. Its legitimacy, therefore, should not be in question. Israel is a nation with deeply rooted democratic institutions. It is a dynamic and open society that has repeatedly excelled in culture, science and technology.

Second, owing to its roots, history, and values, Israel is a fully fledged Western nation. Indeed, it is a normal Western nation, but one confronted by abnormal circumstances.

Uniquely in the West, it is the only democracy whose very existence has been questioned since its inception. In the first instance, it was attacked by its neighbours using the conventional weapons of war. Then it faced terrorism culminating in wave after wave of suicide attacks. Now, at the behest of radical Islamists and their sympathisers, it faces a campaign of delegitimisation through international law and diplomacy.

Sixty-two years after its creation, Israel is still fighting for its very survival. Punished with missiles raining from north and south, threatened with destruction by an Iran aiming to acquire nuclear weapons and pressed upon by friend and foe, Israel, it seems, is never to have a moment’s peace.

For years, the focus of Western attention has understandably been on the peace process between Israelis and Palestinians. But if Israel is in danger today and the whole region is slipping towards a worryingly problematic future, it is not due to the lack of understanding between the parties on how to solve this conflict. The parameters of any prospective peace agreement are clear, however difficult it may seem for the two sides to make the final push for a settlement.

The real threats to regional stability, however, are to be found in the rise of a radical Islamism which sees Israel’s destruction as the fulfilment of its religious destiny and, simultaneously in the case of Iran, as an expression of its ambitions for regional hegemony. Both phenomena are threats that affect not only Israel, but also the wider West and the world at large.

The core of the problem lies in the ambiguous and often erroneous manner in which too many Western countries are now reacting to this situation. It is easy to blame Israel for all the evils in the Middle East. Some even act and talk as if a new understanding with the Muslim world could be achieved if only we were prepared to sacrifice the Jewish state on the altar. This would be folly.

Israel is our first line of defence in a turbulent region that is constantly at risk of descending into chaos; a region vital to our energy security owing to our overdependence on Middle Eastern oil; a region that forms the front line in the fight against extremism. If Israel goes down, we all go down. To defend Israel’s right to exist in peace, within secure borders, requires a degree of moral and strategic clarity that too often seems to have disappeared in Europe. The United States shows worrying signs of heading in the same direction.

The West is going through a period of confusion over the shape of the world’s future. To a great extent, this confusion is caused by a kind of masochistic self-doubt over our own identity; by the rule of political correctness; by a multiculturalism that forces us to our knees before others; and by a secularism which, irony of ironies, blinds us even when we are confronted by jihadis promoting the most fanatical incarnation of their faith. To abandon Israel to its fate, at this moment of all moments, would merely serve to illustrate how far we have sunk and how inexorable our decline now appears.

This cannot be allowed to happen. Motivated by the need to rebuild our own Western values, expressing deep concern about the wave of aggression against Israel, and mindful that Israel’s strength is our strength and Israel’s weakness is our weakness, I have decided to promote a new Friends of Israel initiative with the help of some prominent people, including David Trimble, Andrew Roberts, John Bolton, Alejandro Toledo (the former President of Peru), Marcello Pera (philosopher and former President of the Italian Senate), Fiamma Nirenstein (the Italian author and politician), the financier Robert Agostinelli and the Catholic intellectual George Weigel.

It is not our intention to defend any specific policy or any particular Israeli government. The sponsors of this initiative are certain to disagree at times with decisions taken by Jerusalem. We are democrats, and we believe in diversity.

What binds us, however, is our unyielding support for Israel’s right to exist and to defend itself. For Western countries to side with those who question Israel’s legitimacy, for them to play games in international bodies with Israel’s vital security issues, for them to appease those who oppose Western values rather than robustly to stand up in defence of those values, is not only a grave moral mistake, but a strategic error of the first magnitude.

Israel is a fundamental part of the West. The West is what it is thanks to its Judeo-Christian roots. If the Jewish element of those roots is upturned and Israel is lost, then we are lost too. Whether we like it or not, our fate is inextricably intertwined.

José María Aznar was prime minister of Spain between 1996 and 2004.

From: The Israel Project

Ships from several countries, including Iran and Lebanon, have left or are planning to leave for Hamas-controlled Gaza in defiance of an Israeli maritime blockade on that territory.

Israel considers Gaza-bound convoys a security risk because of Hamas’ ongoing efforts to smuggle Iranian rockets and other weaponry into Gaza since the Iran-backed group overthrew the Fatah-led Palestinian Authority in a bloody coup there in 2007. Israel Security Agency Director Yuval Diskin has said that a port in Gaza would “pose a huge security threat to Israel.”

Iran arms, funds and trains Hamas, which has been designated a terrorist organization by the European Union, the United States, Israel, Canada and Australia. Since Israel voluntarily withdrew from all of Gaza in August 2005 in hopes of paving the way for a peaceful, independent Palestinian state, Hamas has fired more than 6,500 rockets and mortars into Israel.

Reports about the new flotillas come in the aftermath of a May 31 Israeli campaign to prevent an illegal flotilla from reaching Gaza, in which nine activists – all Turks or of Turkish descent – were killed after passengers on board the Mavi Marmara, a Turkish ship in the convoy, attacked Israeli military personnel. Israel had ordered the vessels to dock in the southern Israeli port of Ashdod to unload the cargo for security inspections and subsequent delivery to Gaza. Despite the refusal of all six ships to detour to Ashdod, the Mavi Marmara was the only vessel where a violent confrontation took place.

Although two individuals coordinating the Lebanese convoy have denied they are receiving support from Hezbollah, another proxy of Iran, one of them has written in praise of the terrorist group’s leader, Sheikh Hassan Nasrallah, and the other has met and thanked Nasrallah publicly. Nasrallah called for more ships to Gaza at a June 4 rally, stating that “only diplomacy which is built on strength and arms is effective.” Since the end of Israel’s 2006 war with Hezbollah, the terrorist group has rearmed far beyond its pre-2006 capacity.

Following are details about new ships heading for Gaza, collected from published reports as of June 16, 2010.

Historically, ships bound for Gaza have carried tons of weapons among their cargo. 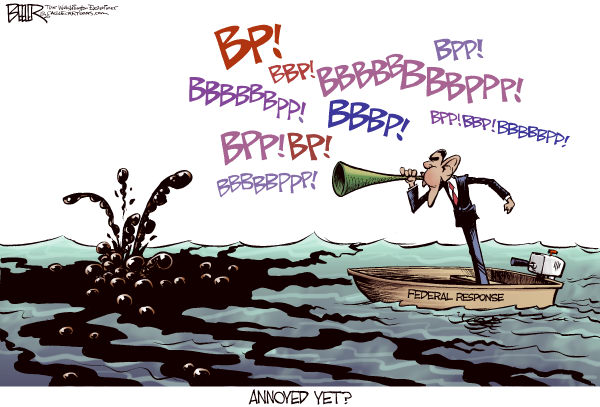 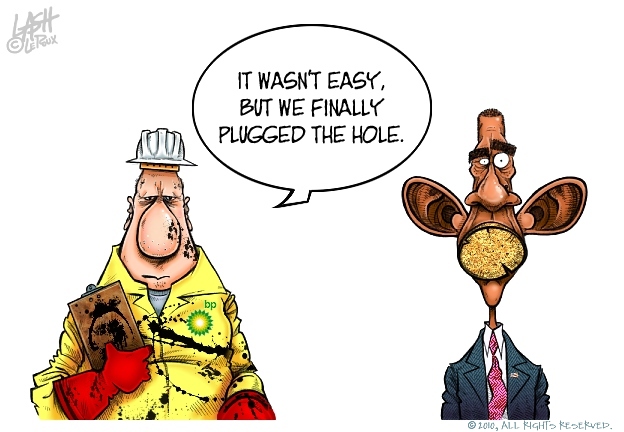