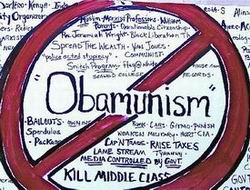 Politicians increasingly rely on polls to indicate which positions they should take, which buzz words to use, and which segments of the population to target. With this in mind, I decided to conduct my very own poll here in Murrells Inlet, S.C.

Granted, I’m I’m no expert. But then again, these days the majority of “experts” seem to be consistently wrong on the issues that affect us here at the local level.

For clarity’s sake, I define flyover country as including the 98% of America that is geographically situated outside of the major cities, major media markets, and “the beltway.”

A whopping 80% of those that I polled had the same answer when asked how they voted in last Tuesday’s primary elections. They all cast their votes for the outsider and against the incumbent. Ninety-nine percent (99%) of the local firefighters, about 60% of all the volunteers at Helping Hand, and almost 80% of my friends and neighbors were pretty vehement about voting out all incumbents. Even a few of my bleeding-heart friends are now ashamed that they cast their vote for Obama.

Having lived in this neck of the woods for almost eight years now, I can say with a certainty that I have never seen everyone so riled up. In years past, politics was but one of many topics discussed during friendly gatherings. These days, it seems to dominate every conversation.

Most people I polled here in Murrells Inlet are scared. They feel the America that they know and love is in the process of being hijacked by radicals with an anti-American agenda. They’re angry because their voices are never among those that the media chooses to report. And they’re frustrated that none of their elected officials are standing up to what they see as a progressive tsunami. A tsunami that is anti-ethical to them, their values, their children, their businesses and their God. In a nutshell, they’re mighty ticked off.

Here in Murrells Inlet, common sense reigns – the very common sense that is missing in Washington. Most of us see very clearly that every single solution offered by the Obama administration to date has exacerbated the very problem it was supposed to solve. And we’re starting to wonder why.

Many of us are now aware that our tax dollars are being used as political payoffs. We know we’re being lied to, manipulated and condescended to. We’re appalled by Obama’s incompetance and arrogance. And we’re frustrated because the media isn’t reporting basic facts we all need in order to make informed decisions.

Most of the locals here in Murrells Inlet believe that our elected officials are more concerned with amassing political power than with looking out for “we the people.” A clear majority are convinced America is on the path to socialism.

Residents here don’t like the idea of different rules for different groups. We think “multiculturalism” as practised by Obama is dangerous. We don’t like having to be afraid of our government. We cringe when we see Obama kowtowing to our enemies and alienating our allies. And most of us object to having our wealth confiscated and used against us. Isn’t that tyranny?

The good news is that we are at our breaking point. So, on the one-in-a-million chance that you’re reading this President Obama, we have a message for you: “Extrapolate this sentiment by 150 million ( we have it on good authority you can count that high) and you might get an idea of how the majority of Americans really feel.”

Joe Six-Pack and Susy Homemaker wish you would resign, for the good of the country. Knowing that you will never give up power voluntarily, we will be taking on you and your Chicago machine this November. We will not let you hijack our country. You can bank on it. 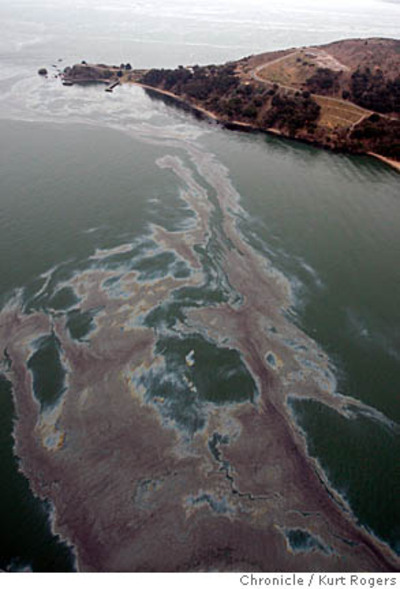 1. What are those 17,000 National Guard troops actually doing?

2. Is appointing an Oil Czar supposed to fix anything?

Barack Obama has also announced the creation of a “Gulf recovery czar” who will be in charge of overseeing the restoration of the Gulf of Mexico region following the oil spill. So is appointing a “czar” Obama’s idea of taking charge of a situation?

3. Why is BP using a dispersant so toxic it was banned in British waters?

Because it is so incredibly toxic, the UK’s Marine Management Organization has completely banned Corexit 9500, so if there was a major oil spill in the UK’s North Sea, BP would not be able to use it. So why is BP being allowed to use Corexit 9500 in the Gulf of Mexico?

4. Why are we letting BP continue using this fish-killing dispersant?

6. If the smell of the oil on some Gulf beaches is already so strong that it burns your nostrils, then what in the world is this oil doing to to wildlife that encounter it?

7. Is it a bad sign that birds from the Gulf region are flocking north by the thousands?

8. Why is BP being allowed to use private security contractors to keep the American people away from the oil cleanup sites?

9. Why is BP openly attempting to manipulate the search results on sites like Google and Yahoo?

10. Why has the FAA shut down the airspace above the Gulf of Mexico oil spill? What don’t they want the American people to see?

11. What is BP doing about the ruptures from the sea floor?

12. Why are scientists finding concentrations of methane at up to 10,000 times normal background levels in Gulf waters?

13. Why haven’t people been warned about toxins in the waters?

14. Why are so many Gulf oil spill disaster workers showing up at local hospitals complaining of a “mysterious illness?”

15. Can anything prevent oil from eventually plastering the shore?

If “70% or 80%” of the protective booms are doing absolutely nothing at all to stop the oil, then what is going to stop the millions of gallons of oil in the Gulf from eventually reaching shore?

16. What happens to the Gulf of Mexico Dead Zone?

It is being reported that the deepsea oil plumes are creating huge “dead zones” where all creatures are dying as they are deprived of oxygen. If this oil spill continues to grow could the vast majority of the Gulf of Mexico become one gigantic “dead zone”?

Bookworm Room – Keeping each other honest

END_OF_DOCUMENT_TOKEN_TO_BE_REPLACED

Barack Obama: the most unpopular man in Britain?

Government Expanded ‘Like a Cancer’ (affecting the health of the world economy) (Hat Tip: Jean Stoner)

Still Not Greece, But Getting Closer Every Day

Congressional Gimmicks leave Doctors and Taxpayers in a Lurch

Obama to throw truckloads of more borrowed cash at homelessness

Bachmann: White House Is Extorting Cash From BP to Create “Pot of Money For Themselves” (Video)

PENSIONERS PICK UP BILL FOR SPILL!

SPAIN: THE NEW CRISIS IN EUROLAND

The Death of Las Vegas

Niall Ferguson: Debt Has Taken Down Empires Before, There Is No Reason Why It Won’t Happen Again

Europe Troubles Are About to Start: Wilbur Ross

State Wants to Borrow From Pension Fund, to Pay the Fund

US and Other Countries Buy US Treasury Debt

Not True. Not by a long shot.

Years from now, historians will look back at the Tea Party Movement and divide it into two primary eras. Tea Party 1.0 was about the birth of the first massive, spontaneous grassroots movement in a generation. It was about rallying the troops and waking up America to realize that the inmates are running the asylum; that the first Manchurian Candidate became the first Manchurian President; that government programs and government spending were poised to destroy our children’s future. Tea Party 1.0 was the start of what I believe will prove to be the 4th Great Awakening in America. Tragically, we learned that rallies alone could not stop the powerful river of socialism from surging through our nation and our communities.

We recognized that a new focus was needed. Whereas before we would protest and rally, now we will activate, organize, and build.

This is not the beginning of the end for the Tea Party Movement, but merely the End of the Beginning.

Tea Party 2.0, is characterized by the swift march of Tea Party Patriots into political activism on a permanent basis. Tea Party 2.0 is an unstoppable freight train. Patriots will be just as active on November 3rd as they were on November 2nd. Because, win or lose, we’re fighting to WIN…permanently. Sure, this will take a number of years. But the election of Barack Obama and the hegemony of socialists in our government were not suddenly achieved overnight. After the protests and turmoil of the ‘60s, liberals marched into institutions of higher learning and bureaucracy, and they are now running them. Today, we are living in the world they built. Tomorrow, they shall live in ours.

In St. Louis we’ve just started organizing Block Captain Teams, which are similar to precinct captains, except that the teams don’t rely on a party for their strength, energy, or legitimacy. The teams are decentralized and don’t rely on a pecking order. Anyone can be a leader. And whereas precinct captains are only active during the campaign season, Block Captain Teams are in the field year-round. Anyone can become a Block Captain overnight, and anyone can start a Block Captain Team and start making a difference immediately. The Teams have many projects, including voter registration, Liberty Evangelism, activist trainings, candidate trainings, petition drive projects, volunteering with various candidate campaigns, and on and on.

BUT THIS IS THE KEY: Whereas in the past we were content to win a given election (a mere battle), now we’re focused on winning the war. The war doesn’t end on November 2nd, and neither will our volunteerism. Win or lose November 2nd, we’re still fighting come November 3rd, December 3rd…until we restore the US Constitution, kick every socialist out of office across the nation, and restore the culture of liberty that our nation was founded upon.

The mistake of the ’94 revolution was thinking that after we had taken the “beaches” of Congress we had won the war. But Eisenhower didn’t stop at Normandy, nor shall we at Scott Brown, Chris Christy, or Rand Paul.

We’ve recognized that no one is coming to save us. Many would-be leaders are overly concerned about preserving small fiefdoms of power or rearranging deck chairs on the titanic. So, we must rise up and save ourselves. We didn’t ask for this war, and we didn’t start it. We will, however, finish it. And that may mean time sacrifices and fewer vacations and hard work. But the salvation of our nation and the restoration of US Constitutional government (unabridged and without disclaimers) is worth the sacrifice. There are millions of noble servicemen and women who understand this all too well. Patriotism demands service and this is our duty: to fight until we win.