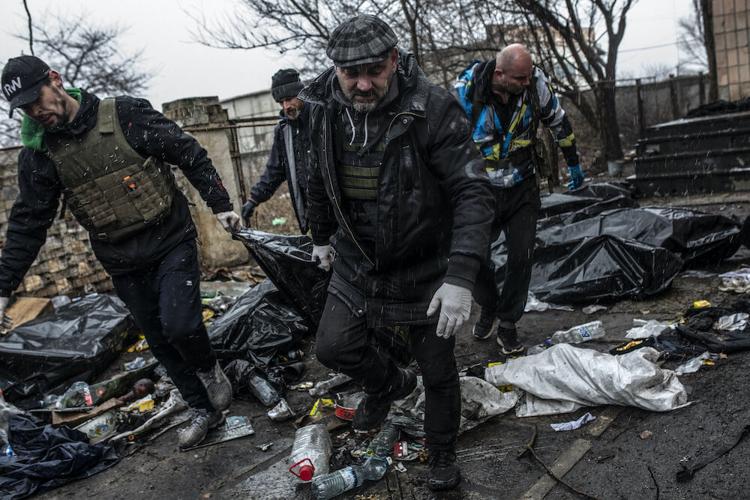 How does it feel to watch the discovery of mass graves in Europe? This is something new for millions of Americans. But this is how world wars begin.

Once and for all, this Russian war on Ukraine, which began on February 24, demonstrates the completely ineffective nature of the United Nations, whose Security Council is powerless in the face of Russian membership and a Russian veto. It’s finally time to defund the U.N.

Meanwhile, the West’s “sweeping sanctions” on Russia, an effort to force it to withdraw its forces, have failed. Even without Kyiv, Russia has already captured significant new parts of Ukraine.

But instead of paying attention to Europe, some Americans drawn to an isolationist attitude prefer to watch hundreds of thousands of desperate people coming through our southern border and then wonder why Joe Biden’s administration doesn’t want to do something about that.  Perhaps we ought to grasp the connection between what’s happening in Europe and south of the border.

The United States is encouraging Ukrainians to continue fighting, but they are not being given enough weapons to win. Major parts of their country are in ruins and dead bodies litter the streets. The massacre of civilians in the Ukrainian city of Bucha is the latest example.

To make matters worse, some so-called “conservatives” are siding with Putin and his “special military operation” against an alleged Nazi regime in Kyiv.

Any American who assisted the Russians in word or deed will have to answer for these crimes.  And that includes Hillary Clinton, whose Russian re-set occurred when she was Secretary of State under Obama/Biden. Putin followed that with his first invasion of Ukraine in 2014. He was advertising the future, which we captured in our book, Back from the Dead: The Return of the Evil Empire.

Ukraine President Zelensky calls it “genocide,” a sensational charge but based in fact and attributed to Putin’s so-called brain, the Russian philosopher Alexander Dugin.

END_OF_DOCUMENT_TOKEN_TO_BE_REPLACED 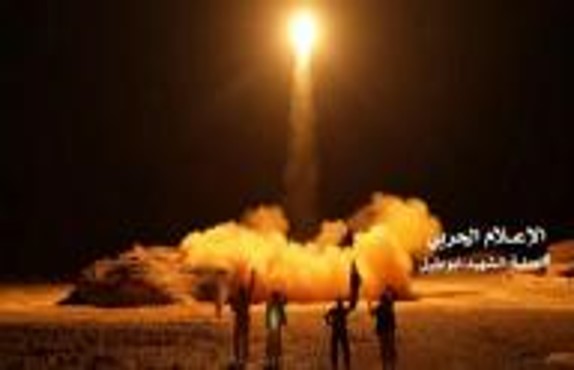 When the fools start mentioning tactical nukes, it makes the conversation around stealing an election, the genocidal vaccine, record inflation, upcoming food shortages, or the invasion at the border seem like happy talk. 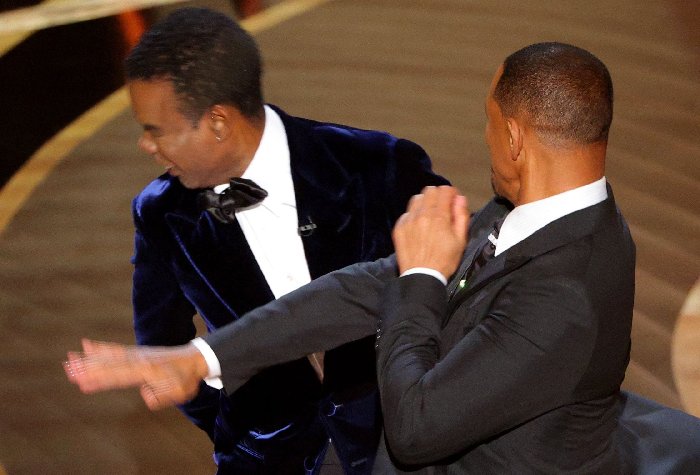 Will Smith slapped Chris Rock for insulting his wife. China Joe is insulting America on a daily basis, contradicting himself, and then getting angry. His erratic conduct is dangerous for America and the world.

Despite disasters at home and abroad, including a foreign war, record debt levels, soaring shipping costs, rising crime, surging inflation, and an educated idiot Supreme Court nominee, at least 40 percent of the American people support Brain Dead Biden. No wonder books for dummies are so popular with Americans.

The latest example of Biden’s cognitive impairment came when he said Putin “cannot remain in power” in Russia and quickly said he wasn’t advocating regime change.​

The Biden regime then lied about what Biden said, claiming he was against Putin exercising power over other countries. Then Biden declared he wasn’t backing down.

In my view, neither Putin nor Biden should remain in power.

A Wall Street Journal writer said Biden’s original statement could spark a nuclear war, and Russia has more nukes than us. Why? Because liberals have agreed to bad “arms control” agreements with the Russians.  Biden is speaking from a position of weakness.

Speaking of bad arms control agreements, Biden, who once wrote an article about how he loved the New World Order, is so brain dead that he continues to pursue a nuclear deal with Iran after it launched 12 ballistic missiles at the American consulate at Erbil, Iraq.

END_OF_DOCUMENT_TOKEN_TO_BE_REPLACED 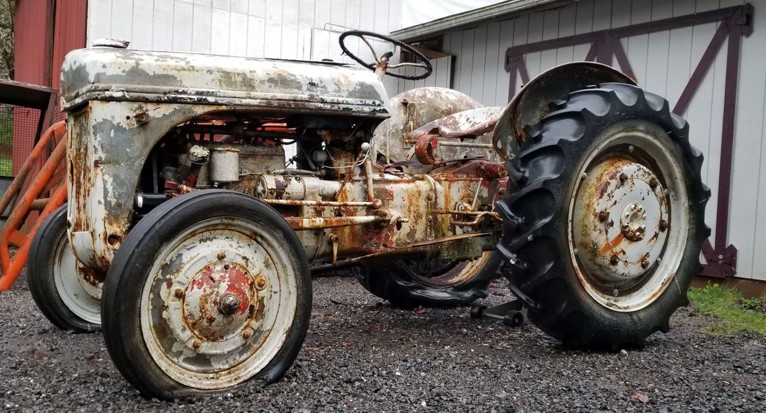 If you think ‘Big Pharma’ is rife with lies and corruption, just wait until ‘Big Food’ takes center stage. 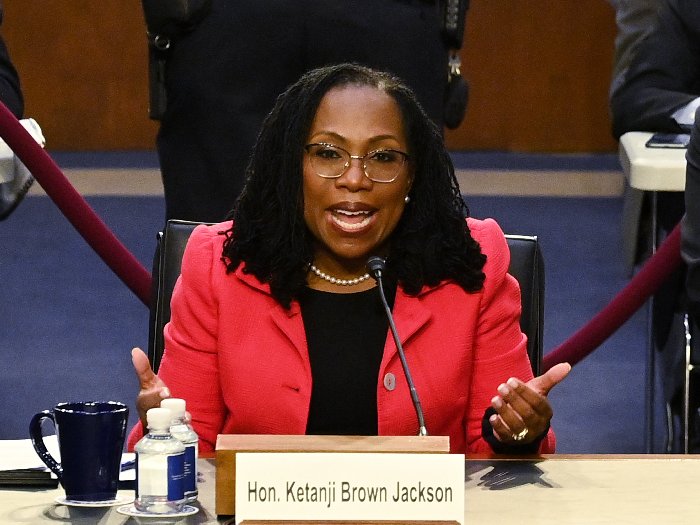 When even the communists say Putin is giving communism a bad name, you know the Russians are in trouble. Writing in the People’s World, a top American communist says Putin, the veteran communist and KGB spy, has got to go. Putin, he claims, has gone capitalist and “nationalist” and is threatening communist plans for “collective security” through the United Nations.

The communists, apparently, are calling in their chips on Ukraine because they are about to capture a seat on the Supreme Court and don’t want a foreign war as a distraction. Cultural Marxism, which includes DNA denial, is now front and center.  Biden’s Supreme Court nominee, picked because she is a black woman, refused to define the word “woman” on the grounds that “I’m not a biologist.”

With the Harvard-educated Ketanji Brown Jackson on the court, “I Am Woman,” a song by Helen Reddy, could be banned, as could Shania Twain’s song, “Man! I Feel Like A Woman.”

During the midst of Women’s History Month, there are no women.

Jackson also claimed there is a “right” to abortion in the Constitution when no such right exists.
It should be clear we are surrounded by educated idiots who obscure the basic meaning of terms for ideological purposes.

The other amazing disclosure in the Jackson hearing was that she gave lenient sentences to child pornographers because it is so easy to obtain and distribute child pornography through the Internet.
​
Feminist icon Ruth Bader Ginsburg knew what a woman was, but she was so pro-abortion that even during her confirmation hearings she refused to recognize the humanity of the unborn. For that reason, Senator Jesse Helms called her “callous.” But he was one of only three Senators to vote against her.

END_OF_DOCUMENT_TOKEN_TO_BE_REPLACED 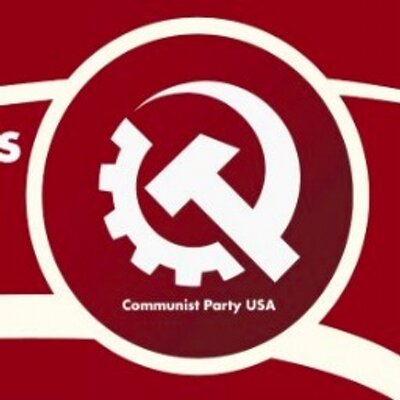 Some communists have turned on Vladimir Putin. An article in the CPUSA’s People’s World now proclaims:

Putin regime emerges as the main danger to global peace and security
​
Somehow, somewhere, in the upper reaches of the hierarchy of the world communist movement, a decision has been made that Putin is doing more harm than good to the communist cause. The invasion has backfired.

The CPUSA had previously been agitating against NATO and Nazis in Ukraine. Now their tune has changed. Why?

Here’s what the article by John Bachtell says:

Bachtell, a major figure in the CPUSA, has concluded that Putin has departed from communist orthodoxy and has instead embraced Russian nationalism, not communism. Bechtel calls for regime change in Russia!

END_OF_DOCUMENT_TOKEN_TO_BE_REPLACED 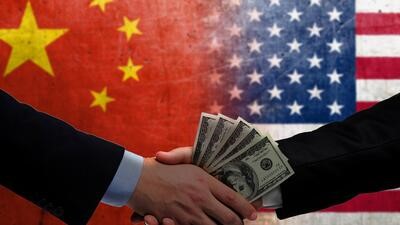 It’s not a question of conspiracy theory; it’s simply a matter of interpreting the corruption.

It was October of 2020… the story broke in a big way… but big tech and big media dismissed it all in favor of Joe Biden. Could it be that the NYT is really telling the country that Joe Biden himself is no longer worthy of being president much less for a second term? (His failures to the nation and the world mount.)

As a reminder, the laptop contained emails, files, messages, photos, and documents of the Biden family and overseas operations and the huge money involved.

Remember there was a presidential debate between Trump and Biden where Trump called out the whole matter of the laptop and Biden responded that the leaders (50 of them) of the intelligence community signed a letter declaring it was Russia disinformation.

That happened in cadence with media and big tech repeating the same thing. Then there was that moment when Tony Bobulinski went on camera to explain all the details and the machine then worked aggressively to discredit Bobulinski, including Politifact and Poynter Institute. The machine essentially rigged the election… it is reasonable to say that if the laptop story was told honestly and in a timely manner it could have changed the vote results in more than one state. Chew on that for a while.

There have been thousands and thousands of lies told to us including those by omission. There was CNN, there was MSNBC… there was Facebook and Twitter… and there was CBS and 60 Minutes.

This exchange between Trump and Lesley Stahl is insane. She repeatedly insists the Biden laptops “can’t be verified” so reporters shouldn’t talk about it.

Trump asks her why it can’t be verified.

Her answer: “Because it can’t be verified.” pic.twitter.com/cf9hcSGnrm

END_OF_DOCUMENT_TOKEN_TO_BE_REPLACED 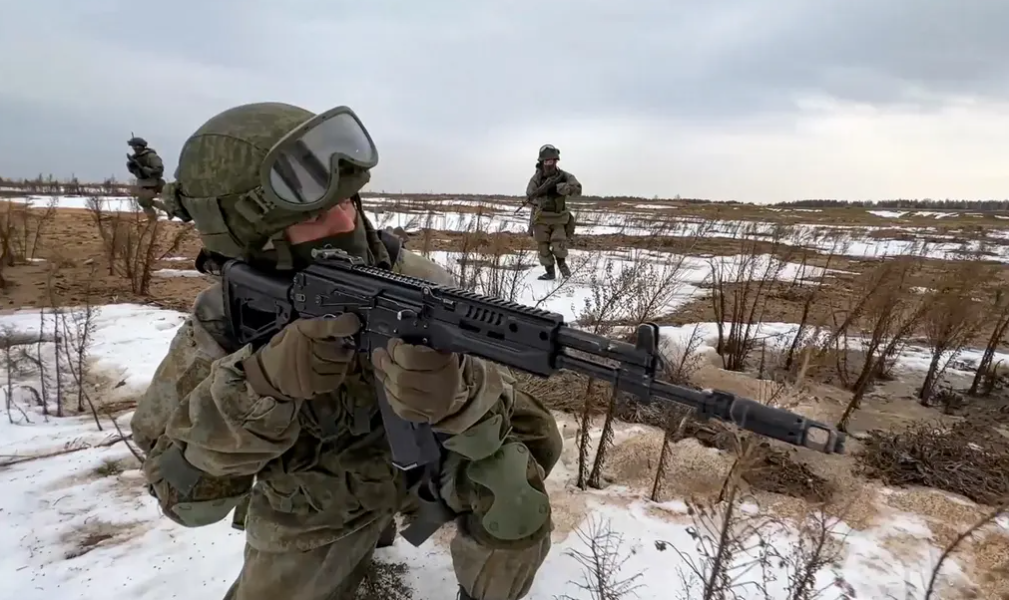 I received an email about an Alaskan cruise. You better go before Putin takes Alaska back for Russia. Biden won’t stop him.

Putin has no soul and Biden has no brain. That’s my position. But Biden’s handlers are smart enough to know that they don’t want to offend Putin by supporting the freedom fighters in Ukraine too vigorously. They go through the motions of providing some weapons to some fighters in some areas of the country under direct Russian assault.

But planes and a no-fly-zone, which could turn the tide, are off the table. That means Ukraine can’t win. It’s another no-win war.

Ukraine loses more and more territory to Russia and is now engaged in “negotiations” to end the war on Russia’s terms. This means Ukraine will be neutralized and Russia will dominate Europe. Pope Francis has stepped forward, to provide religious cover for Putin’s victory. That’s what the “negotiations” are all about.

Don’t believe the TV generals who say Putin is losing and is in a “desperate” situation because he has lost several thousand soldiers and key generals. Putin doesn’t care about loss of life. He certainly doesn’t care about Ukrainian losses and refugees.

They just had to wait until they could get Trump out of office for the war to begin. The Russians accomplished that through the use of their phony dossier, provided to Hillary and the Democrats for political purposes.