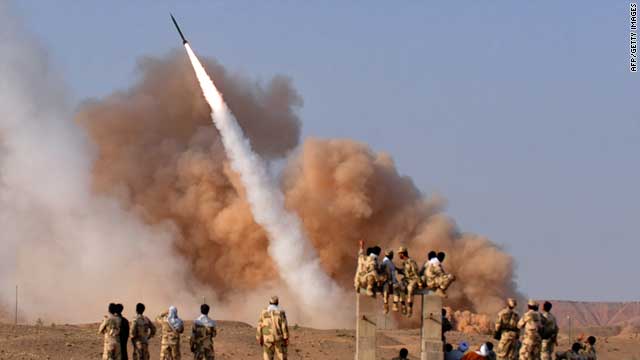 In case anyone missed it, the worst case scenario – a trifecta from hell – just occurred. Yemen has fallen to the rebels; the King of Saudi Arabia just passed away and Iran now has the capability to drop nuclear missiles in our laps. The shadow of crisis hasn’t passed… it’s engulfed us in its stormy, dark depths.

On Tuesday, as Obama bloviated on about how, “The shadow of crisis has passed and the state of the Union is strong,” Iran was testing their new toys and Yemen was coming apart at the seams. You remember Yemen… that success story that Obama touted last fall, just like Biden clucked on about Iraq. The shining example for all the world to see on how Obama’s fight against terrorism was working. Except, as with every other lie Obama has put forth on the foreign policy front, it has failed. Now we are evacuating the embassy in Yemen – in fact, during Obama’s speech, we had three US Naval warships off the coast of Yemen ready to evacuate the embassy. Think about that. Just like Libya, another embassy is being emptied. At least this time, no dead American bodies are being left in its wake.

The Yemeni government fell to the Houthis, who are big on death to America and Israel just like all of these murderous Jihadists are. Tens of thousands are in the streets protesting and chaos reigns. The really fantastic part of all this is that they are Shiite and backed by Iran, with whom Obama has been spooning ever since he got into office. Why wouldn’t he, when he’s got an Iranian Valerie Jarrett calling the shots? Yemen is home to the most vicious sect of al Qaeda on the planet – al Qaeda in the Arabian Peninsula (AQAP). These are the same Jihadists who were linked to the Paris attacks two weeks ago. With the death of the King of Saudi Arabia and the fall of Yemen – the door to Iran seizing more territory and power has swung wide open and it is a very real possibility. Al Qaeda will have a field day as well.

And it gets worse. ISIS is now expanding into Yemen and al Qaeda has pledged their allegiance to ISIS. It is widely said that the Houthis and al Qaeda don’t get along, but in the violent furtherance of Islam, I wouldn’t count on that score if I were you.

And the Obama administration just announced it would send 400 advisors/trainers to Syria. But we’re allowing Iran to pursue its nuclear program, 10,000 centrifuges,– and the Washington Post just gave President Obama three more Pinocchios for his SOTU assertion that Iran’s nuclear program has slowed down. And as you know, Obama threatened to veto congressional action to sanction Iran.

Why should we kinda care? The Yemeni government was pro-American and was aiding in the fight against Islamists within their borders. Now, not only has the Yemeni government been toppled, it has been replaced with the specter of Iranian influence in the vicinity of a chokepoint entering the Red Sea — and not far from Somalia — yet another hot bed of Islamism.

Now, add on top of this hot fudge sundae the fact that King Abdullah of Saudi Arabia just passed away. Yemen is the southernmost country on the Arabian Peninsula where chaos now abounds at a time of a transition of leadership in Saudi Arabia.

Faced with upheaval and self-preservation, the Saudis could very well step up their support of Sunni Islamic terrorists to combat Iran and the Houthis.

Iran is now the big boy on the block and he’s packing heat. With the new Axis of Evil formed between Iran, Russia and China, I would not be surprised — at all — if Iran already has the bomb.

On Wednesday night, Channel 2 showed satellite imagery taken by Israel’s Eros-B satellite that was launched last April. The imagery showed new missile-related sites that Iran recently constructed just outside Tehran. One facility is a missile launch site, capable of sending a rocket into space or of firing an ICBM.

On the launch pad was a new 27-meter long missile, never seen before.

The missile and the launch pad indicate that Iran’s ballistic missile program, which is an integral part of its nuclear weapons program, is moving forward at full throttle. The expanded range of Iran’s ballistic missile program as indicated by the satellite imagery makes clear that its nuclear weapons program is not merely a threat to Israel, or to Israel and Europe. It is a direct threat to the United States as well.

So, tell me again why our President is threatening to veto any new sanctions against Iran? Why our Marxist leaders are insisting that Iran has a right to nuclear power, which in reality is nuclear warfare capability? Are we on the wrong side, suicidal or both? Obama is knowingly releasing the worst of the worst from Gitmo to go back and actively command and assist these terrorists. This isn’t some far off battle that doesn’t affect us. Iran’s missiles can now reach the United States! And it isn’t just them – it’s Russia and China too. They are literally salivating at the thought of taking us down and Obama is helping them. Please give me one shred of evidence he is not aligned with our enemies, given that he is gutting our military at a time when the world is on fire and an Islamic Caliphate is rising, waging global war and conquest. Weakness is sensed by all our enemies around us and it acts like an aphrodisiac in wartime. I might also remind everyone that there is a Russian naval warship docked in Cuba, while our diplomats are over there cuddling with dictators. You are known by who you associate with. You might ask yourself why Obama has such a fondness for Islamo-fascists and dictators.

Syria has basically fallen apart. Assad has a nuclear program and it could easily fall into the hands of ISIS or the Iranians. We all know how brutal and barbaric ISIS is, but try to imagine those monsters with nukes. This development is significant in light of the Iranians’ announcement two weeks ago that they intend to build two new nuclear reactors and the Obama Administration’s insistence that such a clear expansion of the Iranian nuclear program does not constitute a violation of the Joint Plan of Action to “freeze” the program while its ultimate status is being negotiated. Take that along with this:

The P5+1, AKA The U.S., France, Britain, Russia and China plus Germany came up with something even worse. As Reuters and other sources are reporting, not only did they they give the Ayatollahs another 4 months to ‘negotiate’ while the centrifuges spin, but they actually bribed them with a further release of $2.5 billion in frozen funds just to keep the faux negotiations going. So not only does Iran get another 4 months for weapons development, they get the badly needed funds to continue!

If you throw into the mix that Israel took out an Iranian Revolutionary Guard General and some Hezbollah scum to boot, you have the makings of Armageddon. Next, Iran’s parliament has started to draft a law that would allow the country’s nuclear scientists to intensify their uranium enrichment, a step that could complicate ongoing talks with world powers. That’s tit for tat because of threatened sanctions from the US they say. It wouldn’t matter, any excuse will do… Iran would step up enrichment regardless because they are looking to bring the apocalypse on, pure and simple. And Obama, of course, is proclaiming he will steamroll Democrats (that’s right – Democrats) who get in his way and try to impose sanctions on Iran. Democrat Robert Menendez said during a committee hearing: “The more I hear from the Administration and its quotes, the more it sounds like talking points that come straight out of Tehran.” That’s because they do, Bob.

This comes to light as Obama and the White House claim that John Boehner was out of line by inviting Netanyahu to speak before Congress in March without clearing it first. Then the White House lied about a Mossad report and said that Israel had spat in their face. See where this is going? Obama will stand against Israel all the way and do all he can to make sure that Iran finishes becoming a nuclear power and a world threat.

The shadow of crisis is now engulfing the US. If you pray, now is the time. Two years is a long time for Obama to finish destroying us. I keep reflecting on the fact that you don’t see the US mentioned in end times eschatology. I really hope that is an oversight, because the path Obama is taking us down leads right into the arms of our worst enemies.