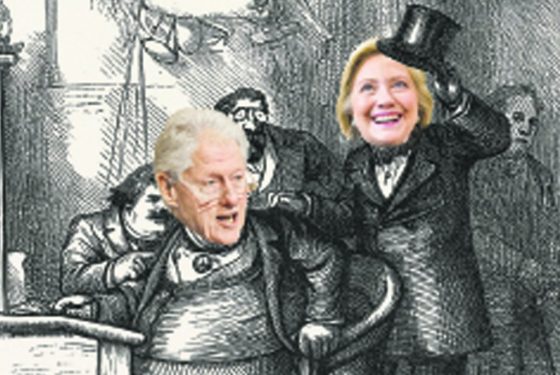 How Do We Get Our Country Back With This Kind of Unbridled Corruption?

The biggest Clinton scandal has always been The Clinton Foundation.

The following exclusive exposé comes out of an interview Monday evening with financial expert and writer Charles Ortel who has been investigating The Clinton Foundation and what you are about to hear will shock you. It’s outrageous and more evidence of the special rules the Clintons live by.

Mr. Ortel believes a prominent group – politicians out of DC – are about to take it on and it might be bipartisan. They will demand FBI Director Comey look into the Foundation.

Mr. Ortel is the one who made a name for himself when he uncovered the floundering of GE when no one else did. Mr. Ortel started looking into The Clinton Foundation and expected to see a solid charity. He is not political and wasn’t exploring it from a partisan viewpoint.

What he found floored him. The Clintons took a charity approved to build a presidential archival library out of Arkansas where the laws are very different and moved it into New York where the laws are strict. They completely ignored the New York laws and took on projects that had nothing to do with the library.

The charity, Mr. Ortel said, “is a complete fraud.” It has never had a real audit and under New York law, once they take in $500,000 a year, an audit is required.

The Clinton Foundation is nothing but a “slush fund”, he said.

They claim to be fighting HIV/AIDs but have never been approved for that very dangerous operation.

No one knows how much money goes in or out of it.

The Clinton Global Initiative (CGI) teamed up with Laureate and claimed to be a university which is not allowed. Bill has claimed $16 1/2 million for part time work as chancellor and did not report it.

He gave some speeches from what I can determine.

For the most recent year, about $300 million has gone through this foundation without any accounting.

In New York State, every grant is supposed to be filed and they’ve never done that.

As Mr. Ortel said, people have donated their time and money for charity and there is no accounting. He said it’s the reverse of Robin Hood. It’s the rich stealing from the poor.

He gave some examples of the potential corruption. Norway gave $90 million but the Foundation claimed they gave $30 million. Where’s the other $60 million?

No one knows how much goes to charity. We asked Charles about that specifically.

The first question, he said, is how much of the money that goes towards the Clintons actually goes towards charity. The second question is how much goes to the only authorized tax-exempt purpose of the charity which is the Little Rock Clinton library. That isn’t more than 10%.

Consider for a moment how conservatives were treated over their 501(c)s and then compare to what the Clintons get away with.

The balance beyond the library goes to all kinds of operations that aren’t tied to charity, Mr. Ortel contends.

The Clinton Global Initiative which is their showcase is “nothing but a gigantic party”. There are no controls over how much money actually got spent. They have these conferences and brag about what they might do. They dress up and party.

The corruption starts with the Clinton Foundation but there is a lot more. There is something called the American India Foundation and it claims $100 million but the man running it said he raised a billion dollars. The charity for Haiti has supposedly raised $14 billion for Haiti but the people in Haiti are poorer than they were before the money was raised.

There are many other arms of this thing but there’s no accounting. This is “a modern version of Tammany Hall only it’s on a global scale” with tens of billions of dollars floating around, Mr. Ortel concluded.

While Barack Obama can forgive their federal crimes, Mr. Ortel believes they have broken state and international laws over which he has no control.

The entire Broadcast is below and begins with the dangers police will face in Cleveland next week and then ends about 2/3rds of the way through with Charles Ortel. The audio is better. Go to about 59:30: 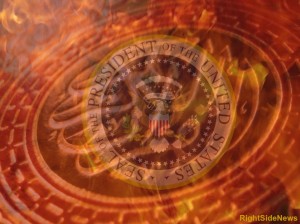 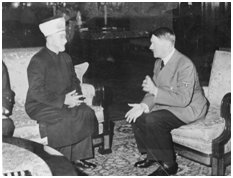